How to eat in Singapore: The Hawker Centres

There is a general misconception about the food and drink culture of Singapore that puts it as an expensive, primarily upper class enterprise. Indeed, most of the tourist traps hold true to this – and the bar culture in Singapore makes the already overpriced $7+ schooner at Australian pubs seem like a bargain (we’re talking $15+ in most Singapore bars). But venture out to what are known as the hawker centres – a food court like arrangement featuring Chinese, Malaysian and Singaporean street food – and you’ll find $3 meals, $5 beers and the finest example of the region’s cuisine. And unlike other regions in Asia, you can eat here knowing you’re in safe hands thanks to Singapore’s world-renowned cleanliness. 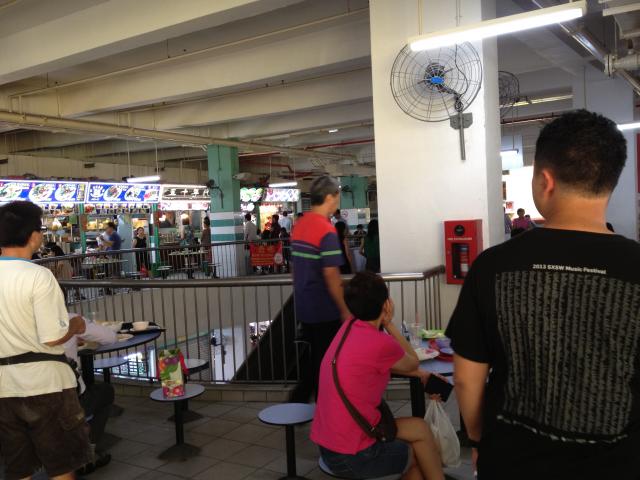 Hawker centres litter the city and it may require speaking to the locals – the vast majority of whom speak English – to find out the best places to eat. Generally speaking, if it looks busy, you’re undoubtedly in safe hands. It’s a rule that speaks true to most of the region. But each hawker centre is known for different feature dishes, and you can once again follow the queues to get an idea about where the locals like to eat within each centre. 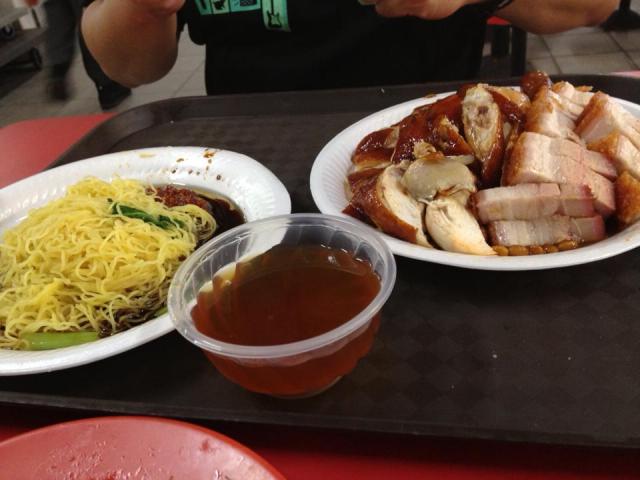 Take the Smith Street Eating Centre, located within Chinatown, where you may have a long wait at the stall for the Soy Chicken and Roasted Pork, with steamed egg noodles, soy sauce and chili. At about $15 you’re likely going to pay more than the $3.50 for the staple Char Kway Teow nearby, but shared between friends who aren’t in a rush, the succulent dish is worth the trip alone. 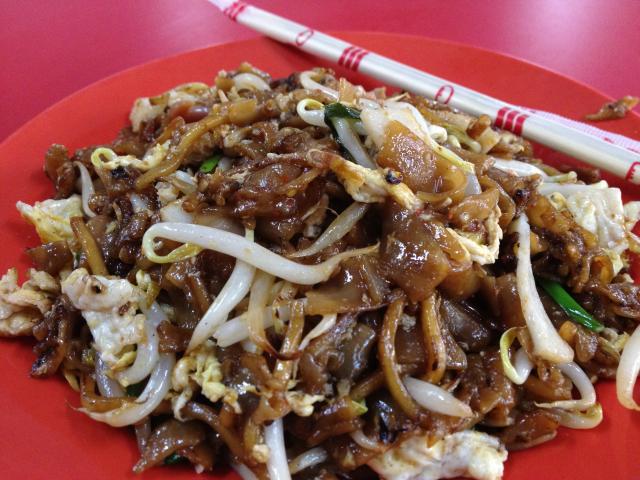 But you can’t go wrong with the staples. Indeed, the Char Kway Teow – a stir fried noodle dish that translates to “stir-fried ricecake strips” – is a safe bet at any centre, a national favourite in Singapore and Malaysia. Extra chilli is a must. Seemingly made in a wok that’s been used for generations, soaked in flavour, it’s a much loved dish in the region with good reason. 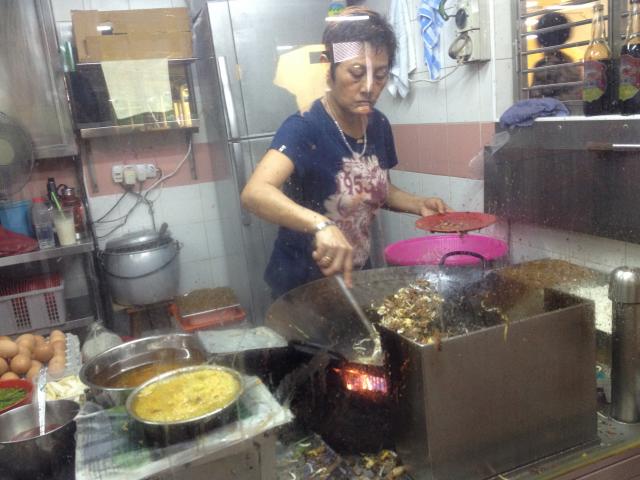 The surprisingly named carrot cake is another go to dish, with its shredded turnips mixed in with eggs and vegetables. The dark soy carrot cake, which comes out in a mess of wonder, is a personal favourite. Don’t let looks allow you to pass that one by. The locals also recommend the oyster omelette, which is exactly as the name implys – so this is something solely for oyster fans to enjoy. 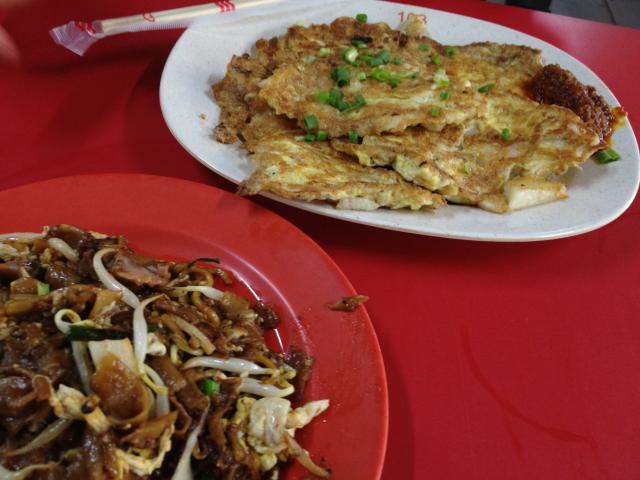 In addition to the $5 beers and jugs to be shared, the freshly made sugar cane juice is a favourite amongst Singapore’s famous muggy climate. But nothing comes more traditional in Singapore than the “Chicken Rice” – an affordable dish (spotted anywhere from $2 upwards) that is just as the name describes. The chicken is traditionally served broiled in its stock, served with rice cooked in the same, a to-die-for ginger chili sauce, a sweet dark soy sauce and a soup broth as well. It might sound simple, but people come far and wide to enjoy it with each stall guarding their recipe under lock and key.

Singapore’s larger and most well known dishes like the Chili Crab and the Sambal Stingray can certainly be found amongst Hawker Centres, but it’s rarely what you come to the centres for. A hawker is all for the smaller, cheaper dishes, though it’s still expected to be shared among friends. Sometimes in the outdoors, often under cover, a Hawker centre is a place the locals go with friends and family to enjoy a meal. As Singapore doesn’t have an agriculture economy, most ingredients are imported, making staple dishes a more expensive enterprise than it might be further North in Malaysia. But with hawker centres keeping costs low, it serves as a financially viable option to cooking at home. And as a tourist – especially as an often struggling journalist like myself – there are no better places to enjoy lunch, dinner or a snack. 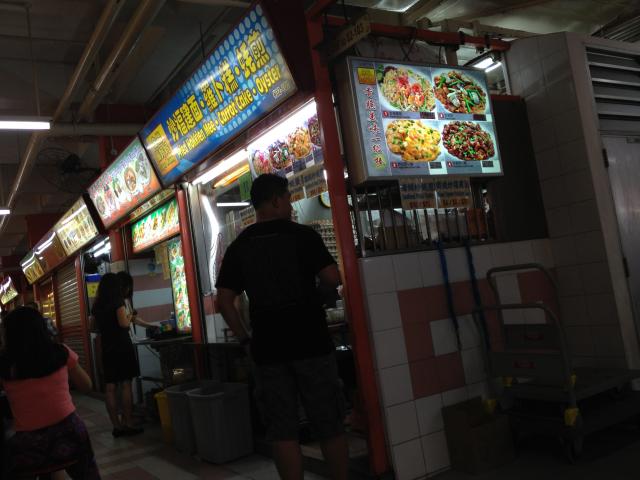 So next time you’re running around Singapore wondering why you’re struggling to get an affordable meal, just keep in mind that you’re doing it wrong. Here’s a few hawker centres we recommend to get the job done:

As you can imagine, this only skims the surface of the hawker centres of Singapore… some with dozens of stalls, others with hundreds. But in my opinion, it’s one of the best ways to eat in the world…

We stand in solidarity with those rightfully protesting against injustice and murder in the USA and across the world right now. #TheShowMustBePaused

Where are all my #SchittsCreek Bébés? Over at @theAUreview we’re giving away copies of the show’s final season on DVD. https://www.theaureview.com/watch/win-the-6th-season-of-schitts-creek-on-dvd-and-enjoy-the-final-14-episodes/

It's theatrical, it's fun. it's ghoulish and high-energy.

Listen to it here first, before the official release on Friday.

Older But Better, But Older - the new book from @Carodemaigret
and Sophie Mas is available now from @PenguinBooksAus