ACRONYM’s Errolson Hugh, the wildly imaginative Canadian designer behind the mega successful Berlin-based fashionable techwear brand, is about to release the second collection of his collaboration with Nike Air’s Presto.

The sneaker world got its first taste of the Nike Air Presto Mid x ACRONYM collection back in 2016, when Hugh’s utility-focused design ethos elevated the already impressive sneaker with a lateral zipped ankle collar for easy wear, classic mesh upper, and several midfoot overlay designs to set them apart. It was eventually considered one of the best collections of the year, and now the next step in the collaboration will be released into the world later this month.

For the second trio of Nike Air Presto Mid x ACRONYM releases, Hugh is adding new, incredibly attractive, graphic patterns described as bold and tech-inspired to give the silhouette a new twist. His brand’s signature “A” will be translated into a camouflage pattern similar to ACRONYM’s take on the VaporMax Moc 2, connecting it to his latest “visual projects” in three colourways: a cool gray & black; dynamic yellow & black; and racer pink, photo blue, white & black. Take a look at all three below and try not to drool all over the place. 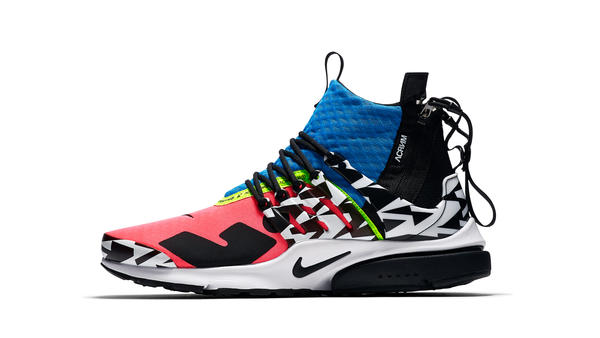 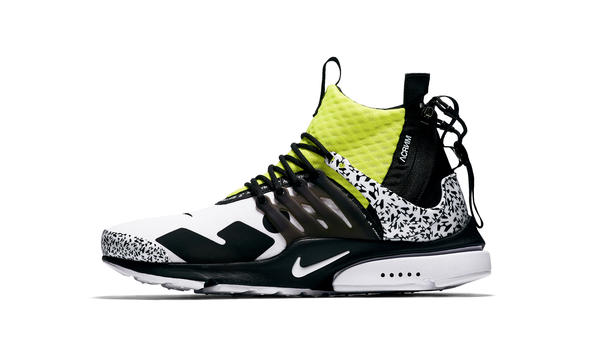 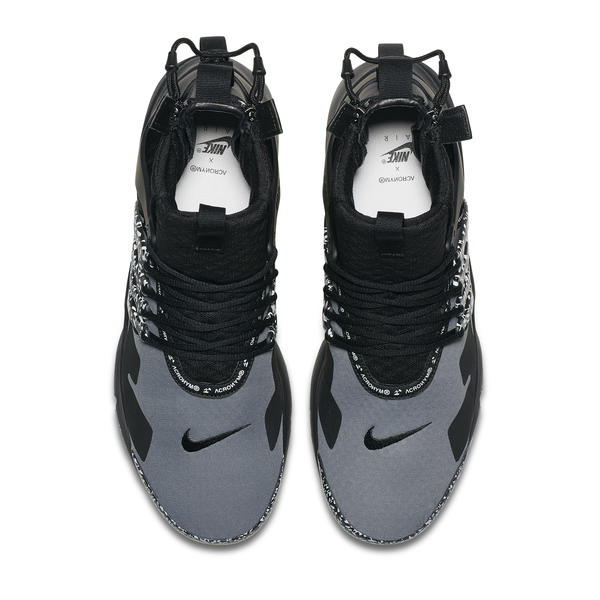 The collection will be available in Australia from September 20th via supplystore.com.au. And if the last release if any indication, these won’t last long.