Hang out with dogs (and a pig?) at the new Harvey Milk Terminal at San Francisco International Airport

It’s always welcome news when airports announce they’re improving their facilities, or opening a new terminal. In general, airports across the world have spent so much of the last 18 years improving upon customs and security, trying to keep up with new security risks that exist in a post 9/11 world, that taking time to focus on the actual customer experience had to become an afterthought. But in recent years, airports around the world have been able to make amends for that, building new terminals that are designed with all the modern conveniences (and inconveniences) of air travel in mind.

One of the latest airports to enjoy a slew of new additions that focus on improving the experience of the traveller is SFO – San Francisco International Airport. The airport is one of the few hubs in the US to service Australia – with United Airlines providing a direct flight, and Air New Zealand welcoming connections through Auckland. It’s the second busiest airport in California, behind LAX, the seventh busiest in the country (as of 2017) and is home to the world’s first ever museum to be found in an international airport.

Established in 1980, the SFO Museum was the first of its kind, a collaboration between the airport itself and the Fine Arts Museums of San Francisco. The main gallery space (The Aviation Museum and Library located before security in the International Terminal), which holds permanent and temporary exhibitions, is a replica of SFO’s original terminal, making the design of the space something of an artwork in itself. 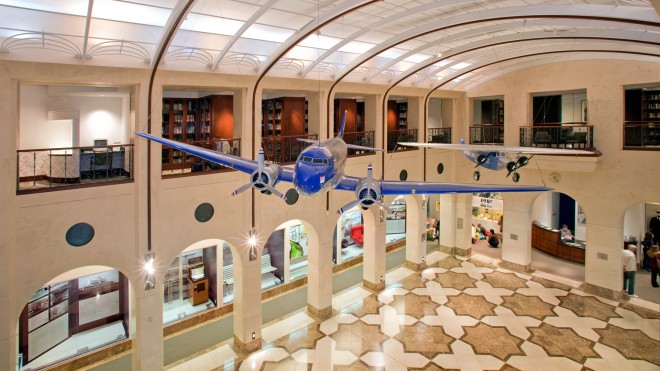 It’s worth a visit even if you’re not planning to fly out. Thankfully, 21km out of downtown San Francisco, the airport enjoys connection by train, meaning that visit couldn’t be easier.

The SFO Museum curates about 40 spaces throughout the airport, including a newly opened visual arts room where they screen short films, making it one worth exploring both before and after security. I also spotted an exhibit dedicated to wooden surfboards and one to Victorian pedestals. This curation has extended to the new Harvey Milk Terminal 1, which opened earlier this month. Named after the late politician, the walls of the terminal – which are carefully hiding the areas still under construction – are covered in photos and memorabilia detailing the life of the first openly gay elected official in the history of California. 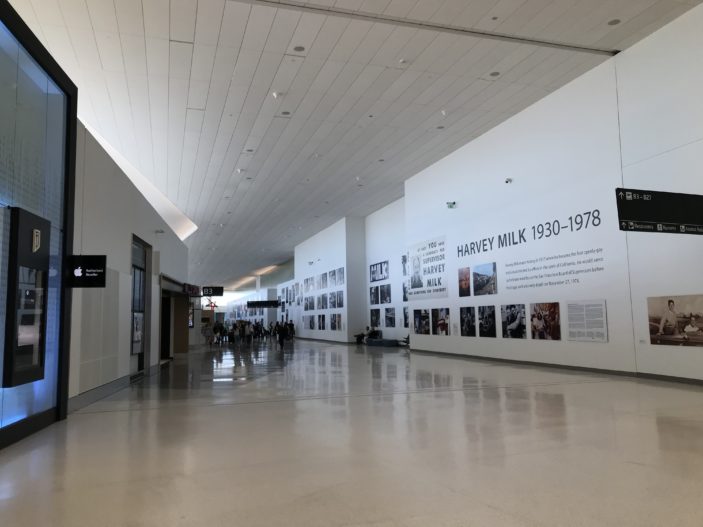 So far, the first 9 gates have opened, with Southwest, Jet Blue and Frontier calling the terminal home. By 2022, when the Terminal is fully opened, 25 gates will make up the space, which is adorned with artwork throughout the building – which was so new when I arrived I’m pretty sure I could still smell the paint drying. The Harvey Milk Exhibition will be on display for at least two years, as that construction continues. 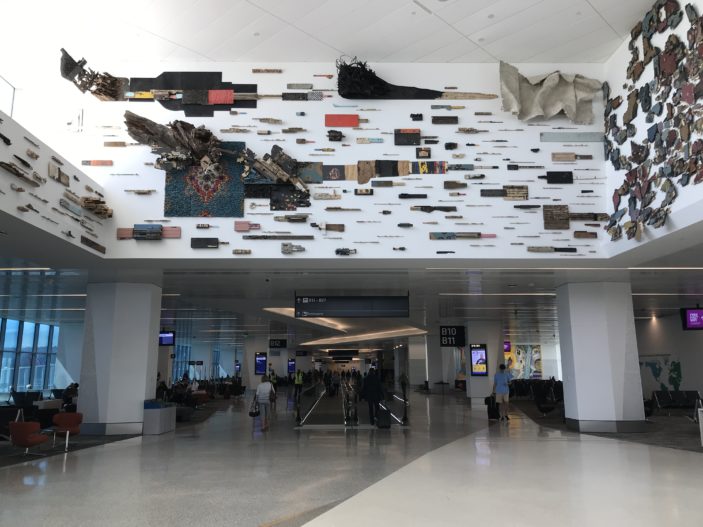 Terminal 1 features a number of locally run dining options. This isn’t exclusive to this terminal, however – the airport having spent the last 18 months refocusing their cuisine choices through the entire airport, with local cuisine the preference. In the International Terminal, you’ll find Green Bean Coffee right before security, the Potrero Grill, 24th & Mission Taqueria and the Samovar Tea Lounge, among others. The only chain you’ll find at departures is a Wendy’s. Beyond that, you’ll experience original San Francisco delicacies – with many of the establishments being offshoots of existing and iconic dining options throughout the city. After security in the International terminal you’ll also find a new outdoor patio.

But for all the updated luxuries the airport provides, it remains a space where stress can overtake any experience. Flights get cancelled, delayed, or overbooked, lines at security can get overwhelmed, or a language barrier can result in a lot of confusion for everyone. That’s where the true genius of the SFO offerings comes in. Meet the Wag Brigade. 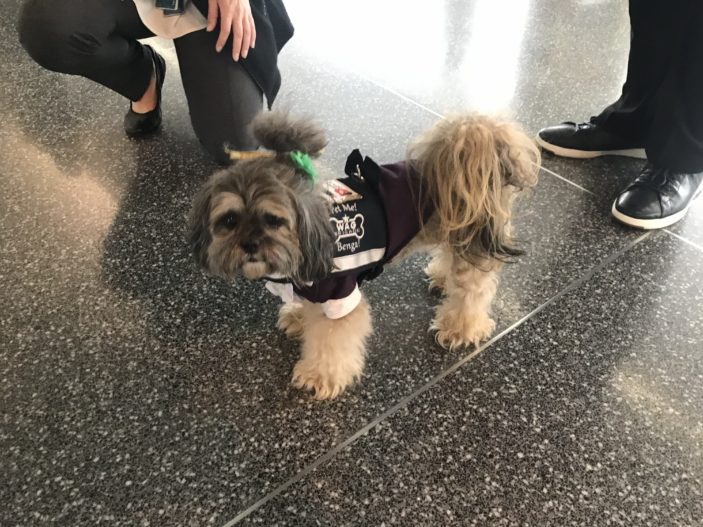 This good girl is named Benga!. Yes, the exclamation mark is part of her name. I know that because I not only got to meet her, but I got a trading card to prove it. It also tells me that she’s a “12 lb. hypoallergenic hyper-delight” and a “Peke-a-Poo-Tzuzu”. The Wag Brigade is an airport therapy program with 22 dogs and a pig named Lilou. She has an Instagram account if you want to get to know her. And so does Benga!!

The program launched at the end of 2013, so isn’t a new addition to the terminals – but isn’t one you expect to see. It’s a initiative put together by the San Francisco Society for the Prevention of Cruelty to Animals (SPCA), who bring in dogs certified through their Animal Assisted Therapy (AAT) Program, particularly called upon to assist in stressful situations at the airport. It’s fair to say that nothing will bring a smile to someone quicker than the ability to meet a dog. Especially only that does hi-fives, like Benga! is doing at the top of this article. She really is the BEST good girl.

Given you normally see dogs in an airport sniffing out for drugs, the animals – who I learned are required to go through security like anyone else – carry vests that say “Pet Me!” on them, just so you know that they are there for your lovin’. And God knows when you’re having to face a long flight, there’s nothing better than a good bit of lovin’ from the cutest dogs (and yes, a Pig named Lilou), that you ever did meet.

Learn more about all the activities happening at the San Francisco International Airport – including the opening of the airport’s first on site hotel, the luxurious Grand Hyatt, over on their official website. The opening of the hotel and its 351 soundproofed guest rooms is now accepting bookings from 1st October 2019.

Photos by the author, except the museum, which was provided by SFO.