Here’s everything you can eat at the new $3.2 billion Parramatta Square precinct 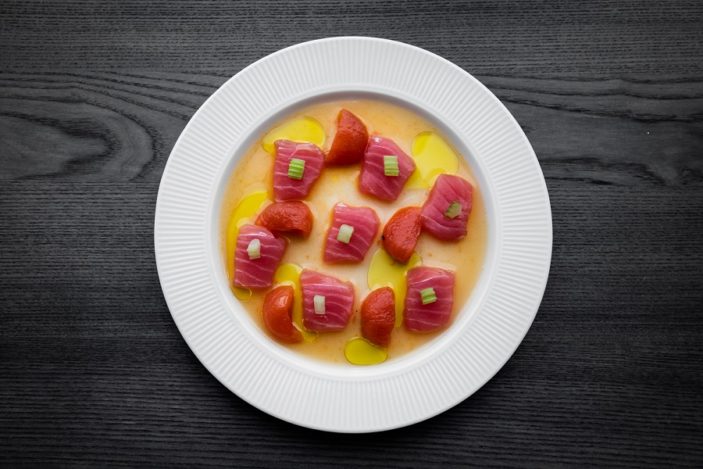 Though it’s gone through many iterations over the past few decades, Parramatta Square has been given a mammoth refresh to bring the precinct up to modern tastes. With the Western Sydney hub increasingly turning into its own viable city, the transformation has huge implications for the suburb’s hospitality scene.

Some key names in the city’s hospitality scene have come on board, while Parramatta Square takes on an al fresco focus with what will soon be 9,000sqm of open public space. It sounds like a slice of Europe hitting the ever-changing area, especially when considering the six new venues that have opened up.

Perhaps the biggest name leading the new charge is Maurice Terzini, hospitality giant and the force behind Bondi’s world famous Icebergs. He has opened CicciaBella Trattoria + Bar as a second outpost for the Bondi original, leaning heavily on classic Italian and Maurice’s own childhood memories. Nic Wong will be serving as head chef, as he does at the Bondi venue, and focus on simplicity as well as a woodfire oven used to shape dishes like an ocean trout baked in parchment paper, king prawns with caper butter, pork cutlets, and a whole heap of other woodfired meat and seafood options. There’s also pizza with classic toppings, available full or by-the-slice, and a crudo section that showcases fresh seafood.

A new concept from the same team behind Surry Hills’ popular Nour joins the fray, with LILYMU narrowing in on Chinese and Southeast Asian cuisines coupled with an extensive 60+ wine list and six signature cocktails. The inside-outside dining venue should easily get over as one of the area’s most popular, if the innovation at the group’s venues like Nour, Henrietta, and Cuckoo Callay are anything to go by.

Sushi lovers will get their kicks in as Melbourne-born Sushi Yuzen joins Parramatta Square, built on authenticity. Legendary gelataria Rivareno Gelato will be there with their range of 26 flavours (including 6 vegan ones). Fishbowl, the Japanese inspired salad bar that has steadily formed a cult following, will makes its Western Sydney debut here. Betty’s Burger will bring some healthy competition to the area’s already strong burger offering by BL Burgers and the nearby Butter. Harvey’s Hot Sandwiches will also bring something new and exciting to the scene, packing together chunky subs biased towards the bloated and flavourful American-style.

It’s clear Parramatta is finally becoming the hospitality powerhouse it’s been aching to be for so long.

Parramatta Square is situated between Darcy Street and Macquarie Street in Parramatta. The open space outdoor dining precinct is directly accessible from the Parramatta Transport Interchange and rail link.

Feature photo by Nikki To.