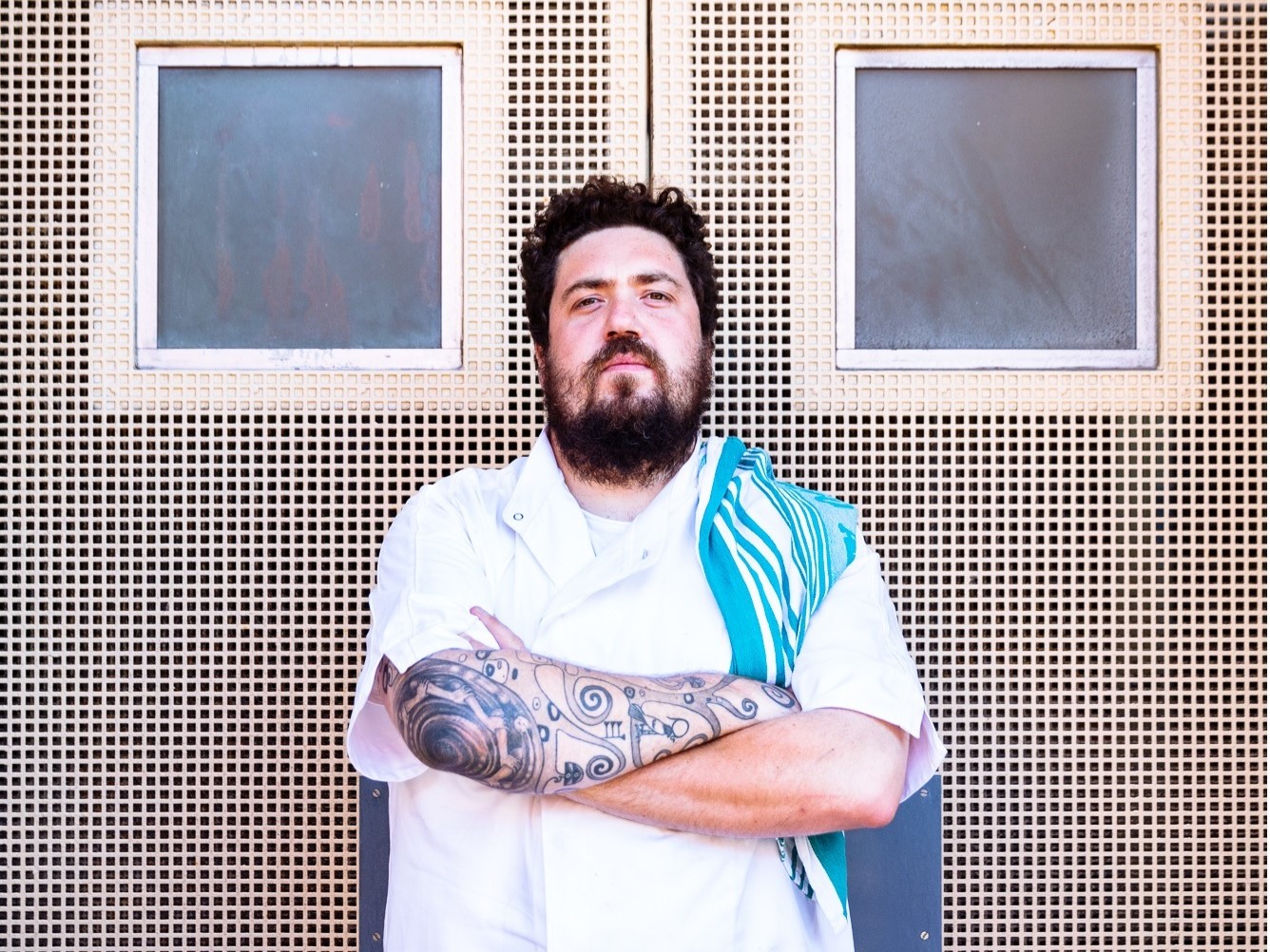 Carriageworks host an excellent farmers market every Saturday. They also feature chefs’ masterclasses which showcase the markets excellent and sustainable produce. Duncan Welgemoed of Adelaide’s Africola hosted the March edition with Shannon Martinez from Fitzroy’s vegan mecca, Smith & Daughters. They cooked up delicious dishes that were influenced by different cultural influences and fused together some excellent cooking techniques.

Myffy Rigby hosted the proceedings while Welgemoed offered us some trade secrets in the form of Africola’s cure-all tahini sauce. The restaurant apparently sells in excess of 250kg of this fine stuff a week. A heady mix of garlic, tahini paste, white wine vinegar, lemons, cumin and parsley, this sauce lives up to its reputation of being both satisfying and addictive.

The second dish on the menu was kohlrabi (a German turnip) and seaweed. The latter has a great umami flavour, and adds texture and minerality to the dish. This recipe included a slow steeping of nori seaweed in a tea blend. The kohlrabi meanwhile, was basted in butter over medium heat. The pair offered some vegan substitutes for this dish, and this recipe was certainly the most complex and “chef-like” in terms of the techniques they employed. The other dishes felt they could be made more easily at home due to the availability of the ingredients and because they seemed more easy to cook.

The anchovy based greens was an excellent way of using up leftover green vegetables. The anchovy sauce was absolutely divine and added an extra depth of flavour to the vegetables. To finish, the pair cooked us pipis in a fermented chilli broth, which can be served up with couscous or risoni rice. Welgemoed followed his own advice for this one by using a sustainable form of seafood. He had also stayed true to both his – and Martinez’s – advice on seasoning. Both chefs had said that we shouldn’t be afraid to use enough quantities of things like salt and butter for flavour. Welgemoed also told us he prefers cooking with salt flakes rather than iodised table salt.

Welgemoed has signed a book deal. He mentioned that it is going to be an inauthentic memoir and an authentic cookbook. If the book is anything like this class then readers are in for a real treat. Welgemoed is refreshing to listen to and doesn’t hold back in offering his opinions and expertise on many different topics. This masterclass ultimately taught us so much about so many different things, including all the stuff that is nice about sugar and spice.

THREE AND A HALF STARS