Six international food festivals worth travelling for (before 2018 is over)

The final three months of 2018 bring plenty of opportunities for gastronomic tourism (the best kind of travel), whether you’re heading over to North America, travelling around Asia or just keen on a road trip in your backyard. These six highly curated food festivals are well worth getting off the couch for, from historic long-running events like Canada’s picturesque Cornucopia to Tokyo’s soul-warming Nabe Festival. Make sure you’re across these ones before you lock down your itinerary.

What is probably the most well-known and long-running food festivals coming up before the end of the year, Cornucopia draws one of it’s greatest strengths from its enviable location. That is Whistler of course, one of the most sought after and beloved towns in all of North America and home to the immense Whistler Blackcomb ski resort.

Stretching across the weeks preceding ski season, the 11-day celebration of food and drink has been bringing the town’s hospitality scene to the forefront for over two decades now, highlighting and exploring British Columbia’s abundant produce in interesting ways through a program that includes signature tasting events and sommelier tours, night markets peppered with worldly street food, and exclusive sit-down dinners. 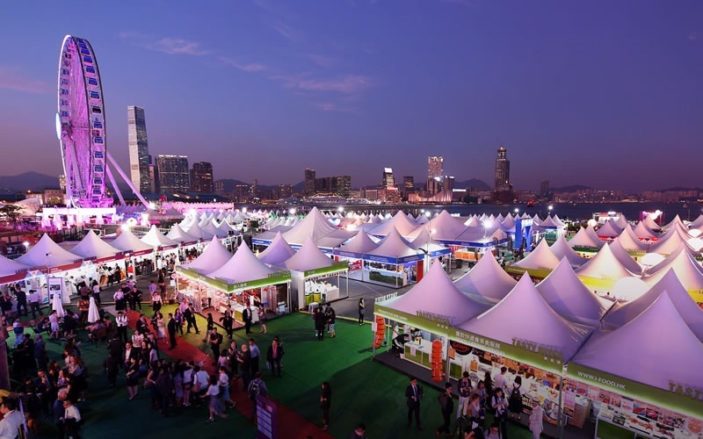 Landing right on its first decade is the 10th annual CCB (Asia) Hong Kong Wine & Dine Festival, a festive four day celebration of the city’s famously diverse dining scene. This year will bring in a sizable 20% increase in space over last year’s well-attended event, making enough room for more than 450 booths serving up a range of international wines and cuisines.

Taking place across the area from the Central Harbourfront Event Space to Tamar Park, on the Hong Kong Island side, the festival will assert Hong Kong’s status as one of the greatest destinations in the world for gastronomy. It will do so with a dizzying array of events including the “Ten Michelin Starred Dinner” with five international chefs, who share eight Michelin stars between them, collaborating with two renowned Hong Kong chefs to host an eight course wine pairing banquet fusing Chinese, Thai and French flavours; and two new food zones – International Street Eats and Coffee Fiesta – each with special delicacies in a market-style setting. With General Admission starting at AU$5, and flight deals from Australia to Hong Kong always going around, this is one of the best value food festivals to attend this year. 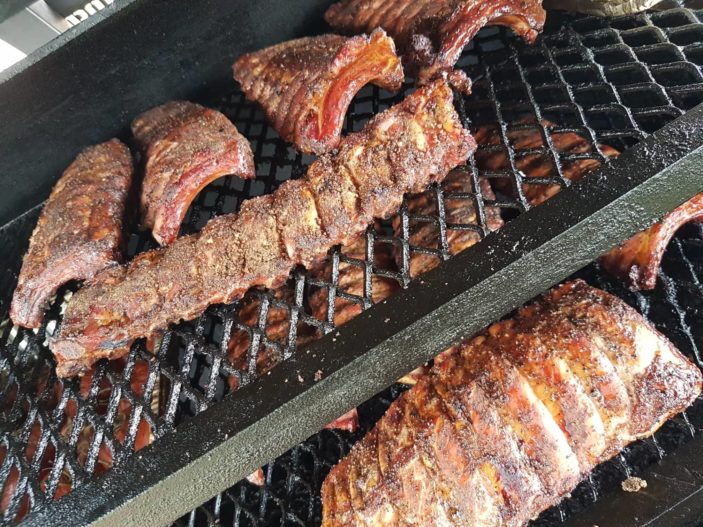 No surprise here the craft beer and BBQ festivals are always a hit in Australia. Take the long-running Kangaroo Valley Craft Beer & BBQ Festival for a shining example; the two-day event is returning for its sixth year, held in the immaculate grounds of The Friendly Inn in one of New South Wales’ most picturesque and wide-open regions. Take that larger than life natural framework and fill it with dozens of craft beer breweries, world-class barbecue crews, live music, and a bunch of family friendly activities from piglet racing to helicopter rides. That’s a lot to get through before you even begin to get your head around the weekend’s huge steak cookoff competition, where over 30 teams battle it out to win.

Black Iron Smokers will be bringing along their new 2.3 tonne Silver Creek Smoker to show it off over the weekend, which should help produce three times the amount its predecessor did at last year’s festival, which clocked in at around 400 beef ribs, 350 burgers and more. They’ll be cooking up some tasty options for attendees, alongside other vendors like a smokehouse trailer from Nomad Kitchen and BBQ with a particular taste for Black Angus brisket pies and southern style charred wings. Then you’ve got Brazilian Flame BBQ dishing out unique Portuguese and South American steakhouse meals – no one is going to go hungry here, especially when tickets start from AU$17.35. 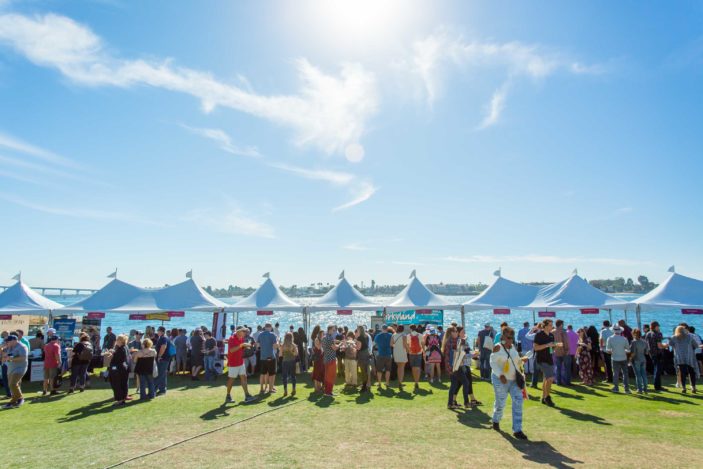 As one of the signature events for the city of San Diego, plenty is put into this week-long event as local and international talent come together to feed thousands of attendees. Featured events include a mega-tasting of over 500 wines from all over the world; sake masterclasses; a curated party of live music, tequila, beer and tacos; and more. There’s over 40 events, so plenty of choose from.

One of Australia’s best and most vibrant food festivals has set it’s yearly outing for November 16th through 18th, marking the seventh instalment of the wildly popular Margaret River Gourmet Escape which was once described by Nigella Lawson an “astonishing event” and “magical destination”. Lawson will be returning as one of the many chefs taking part in the weekend, which will feature numerous sought after events including “Nigella’s Tea Party” on the grounds of Howard Park Winery; the iconic “Gourmet Beach BBQ”, and “Feast in the Forest”.

Margaret River, one of the most beautiful spots in all of Australia, will be absolutely showcased alongside local produce by a line-up of international and national chefs that includes London’s Skye Gyngell, L.A hotshots Louis Tikaram and Niki Nakayama, and Aussies Mitch Orr, Matt Stone, Guy Grossi, and Rick and Jack Stein. A few of the chefs hot off the World’s 50 Best Restaurant Lists will also be heading down, like Julien Royer of Odette SING, James Lowe of Lyle’s UK, and Ashley Palmer-Watts of Dinner by Heston Blumenthal. This year, that means a total of over 45 events in more than 25 unique locations. 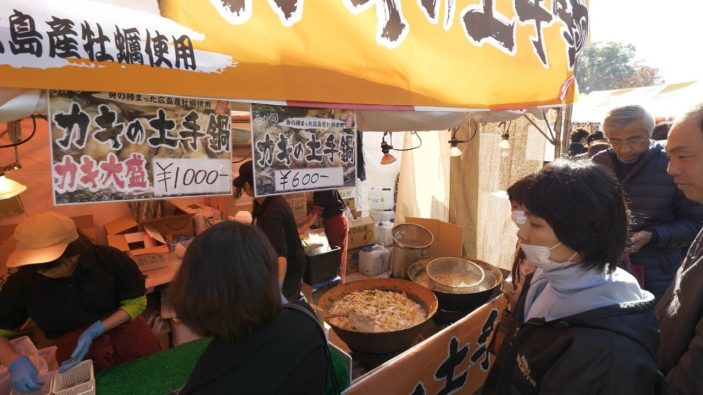 With Winter creeping in, throngs of crowds in Tokyo head on over the Hibiya Park each year for the Nabe Festival. The four-day, free-entry event is a pop-up oasis of “Nabe”, a word used to denote “pot” and used a blanket term for various soups and light stews cooked in an iron or clay pot. The standard Nabe is usually made with dashi, veggies and meats, providing a fairly diverse recipe that’s been open to interpretation by many. Like with all food festivals in Japan, the main draw is seeing (and tasting) just how many different expressions of this recipe there is, with vendors from all over Japan setting up in the park to serve up their own version.

It kicks off at 10am on each of the days and is located fairly close to Hibiya Station, so if you’re over in Tokyo late November and you need some warming up in between spectacular winter displays and Tokyo’s usual kinetic mix of food and culture, then the Nabe Festivals is a must.