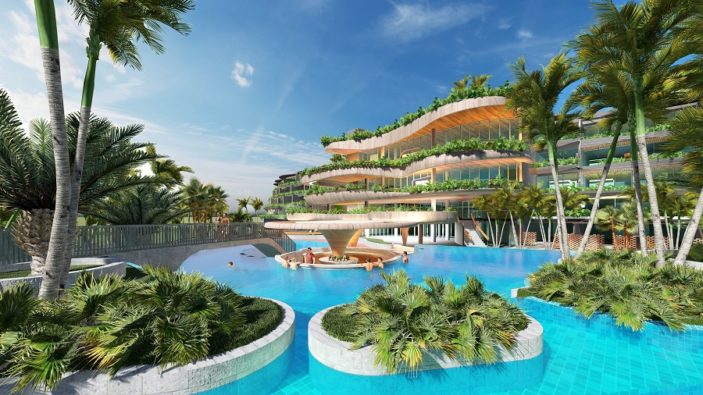 Plans have been announced for Australia’s first ever Fairmont hotel, adding more than just a touch of luxury on the fringes of both the Great Barrier Reef and the Daintree Rainforest.

The $300 million Fairmont Port Douglas will be the first new-build hotel from Accor’s legendary Fairmont brand, which is inextricably tied to the railroad history of North America and remains one of the most highly sought emblems of luxury accommodation in destinations like Vancouver, Banff, Quebec, and Chicago.

This is of course not to be mistaken with the Fairmont Resort & Spa Blue Mountains, an MGallery by Sofitel hotel, which is not an official Fairmont but rather just borrows the brand name.

Rendered images so far indicate a hotel of considerable charm, adding a 253-room property to Port Douglas with a nature-inspired design brief which includes a treetop walk, numerous green spaces, a bird’s nest lobby, and what looks to be one of the most majestic rooftops of any Australian hotel.

Just a 1 hour drive from Cairns, the Fairmont Port Douglas is set to add over $203 million annual value to the Queensland economy – a figure solely based on construction, which will begin later this year. 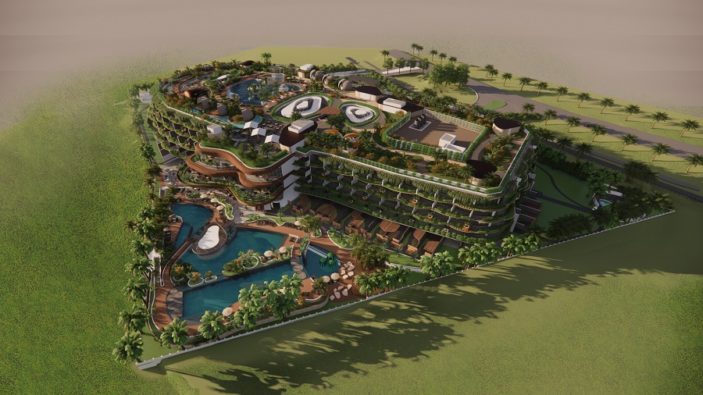 Despite occupancy rates in Port Douglas reflecting a struggling industry, Melbourne-based owners The Chiodo Corporation seem confident about the project being completed within the next three years.

Talking to the ABC, Developer Paul Chiodo is quoted as saying, “we think that things will go back to normal, after COVI… there is going to be a massive boost in domestic travel, particularly from Melbourne”.

According to a press release, The Fairmont Port Douglas will create a total of 964 jobs per annum during the constriction phase, and 196 ongoing jobs once the property is complete and operational,an opening scheduled for 2023.

The Fairmont will be the first new-build hotel in Port Douglas in two decades, and will offer guests several restaurants and bars, a decadent day spa, and panoramic conference and wedding facilities. Resort-style pools will anchor the entire design, which will always be aimed at blending seamlessly with the surrounding natural environment. 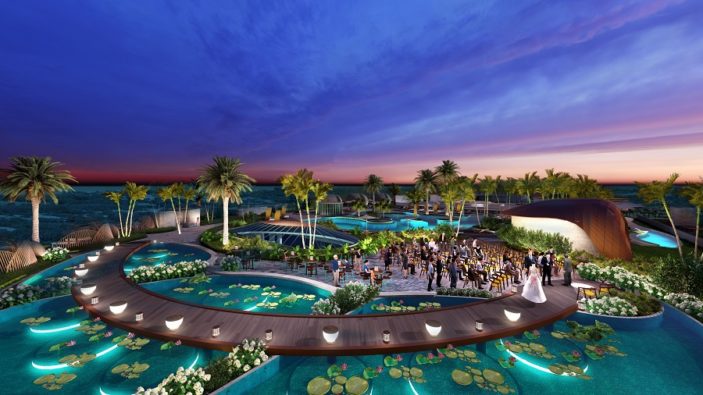 The entire hotel will be built on the idea of cultivating a celebration of the planet, sustainability, humanity, and luxury.

Hotel management will of course fall within Accor’s scope, furthering the already solid reputation Fairmont has around the world.

More information will of course be released closer to opening date, but for now, look at these renders.

To read more about the Fairmont brand click through to fairmont.com.