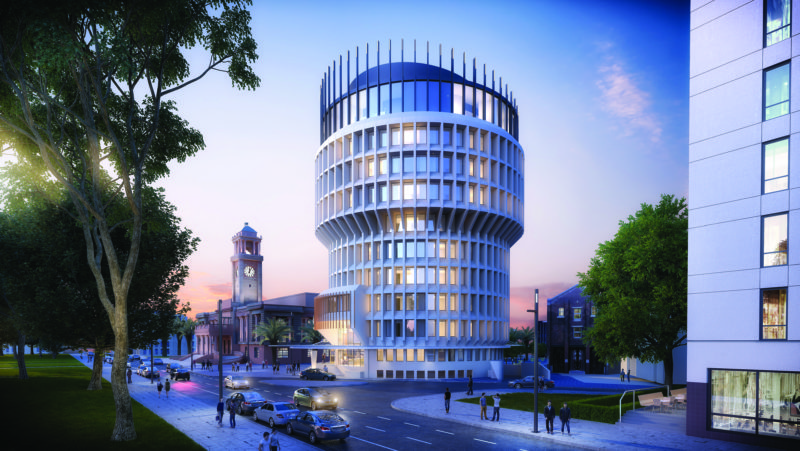 After a highly successful entry into Cairns with recently opened luxury resort Riley, Crystalbrook Collection Hotels & Resorts have today announced that they have acquired Newcastle’s iconic ‘Roundhouse’ Council Administrative Centre with plans to convert the building into a luxury five-star hotel. Set to open in late 2020, the planned hotel, dubbed Kingsley, will stick to the group’s aesthetic where each of their hotels is given a gender-neutral name and its own unique personality. In this case, the name borrows from Newcastle’s heritage and city’s historic title of Kingstown.

The brutalist building itself will obviously be a massive defining characteristic for the hotel, although details on what exactly its “own unique personality” involves are yet to be revealed. All that we know now is that this will be the first five-star hotel for the city of Newcastle, and it’ll benefit from the building’s central location, with City Hall, the Civic Theatre, the Art Gallery and the War Memorial Cultural Centre all within walking distance.

“There’s really nothing like this building”, said Crystalbrook Collection CEO Mark Davie. “It has a strong identity and connection to the city of Newcastle. I see a lot of potential”.

While plans are yet to be cemented, initial studies suggest that the building will provide enough space for at least 100 guest rooms, a rooftop restaurant, and a recreational area complete with a swimming pool.