2017 marks the 150th anniversary of the federation of Canada, and much as they did in 1967 when Expo came to town, the 150th birthday celebrations have been enjoyed far and wide across the entire country. Canada 150 flags can be seen everywhere, and special events are popping up from coast-to-coast to ensure this birthday is one that Canadians won’t soon forget. Nowhere is this more apparent than the capital of the country, Ottawa, whose programme is easily the largest in the country.

Visitors and locals alike can enjoy the nightly Northern Lights Sound and Light Show, which projects the history of Canada onto Parliament Hill. Though this is now in its third year, it has been slightly updated to coincide with the milestone. Over on the Gatineau side of the Ottawa River, meanwhile, a breathtaking garden exhibit is free for the public to enjoy. Titled Mosaïcanada150, the exhibition in Parc Jacques-Cartier features 33 masterful works over five historical sectors, representing the various provinces, territories and cultures that make up modern Canada. The most spectacular of these is an incredible portrayal of Mother Earth, pictured below. 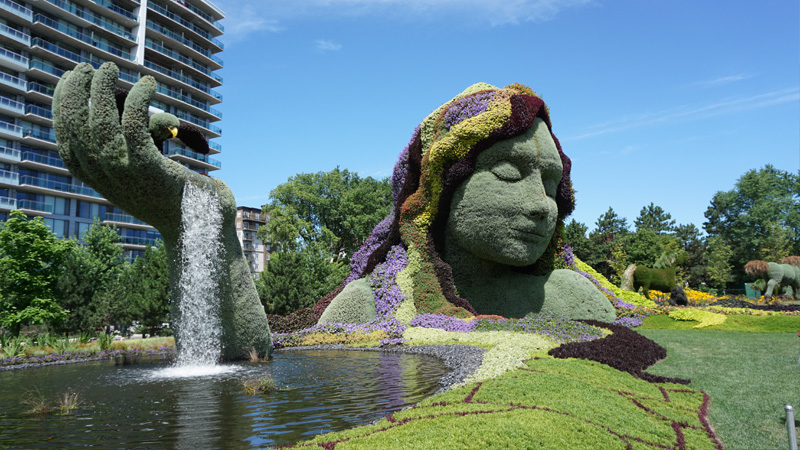 Both Mosaïcanada150 (learn more HERE) and the Northern Lights show (learn more HERE) are free entry and run until October 15th and September 16th, respectively. And while at Parliament Hill, make sure to get a free tour, or pay a visit to the top of the Peace Tower. You need to reserve a time early in the morning at the tourism centre opposite to get a spot – and though this has been a long standing feature of the building, they are soon to undergo renovations which will see it close down for an entire decade in 2018. 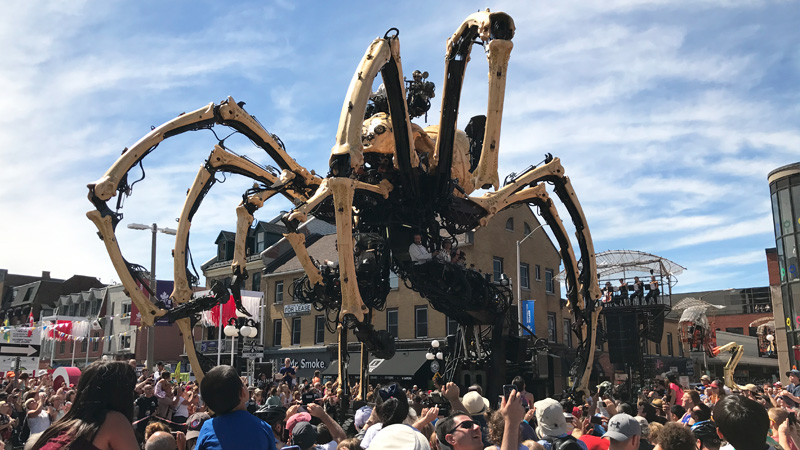 One of the highlights of the Canada 150 program took place this past weekend, when La Machine arrived in North America for the first time, bringing their gargantuan urban street theatre project to Ottawa’s ByWard Market and surrounds. The endeavour was a mammoth one, seeing thousands of people hit the streets – which were closed to car traffic for the performance – as they followed a giant spider (“Kumo”) and dragon (“Long Ma”), while a live orchestra performed on rooftops and mobile balconies. 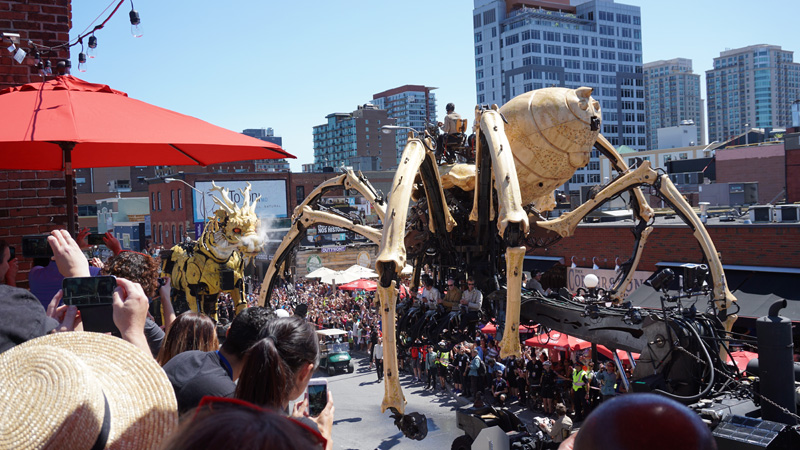 Over the course of four days, where the creatures lived on the streets 24 hours a day (sleeping through the night, of course), a dragon searched the streets for his temple and his wings – both of which were stolen by the spider. Or something like that. It all culminated in a battle between the two larger-than-life robotic puppets in front of some of Ottawa’s most iconic architecture. 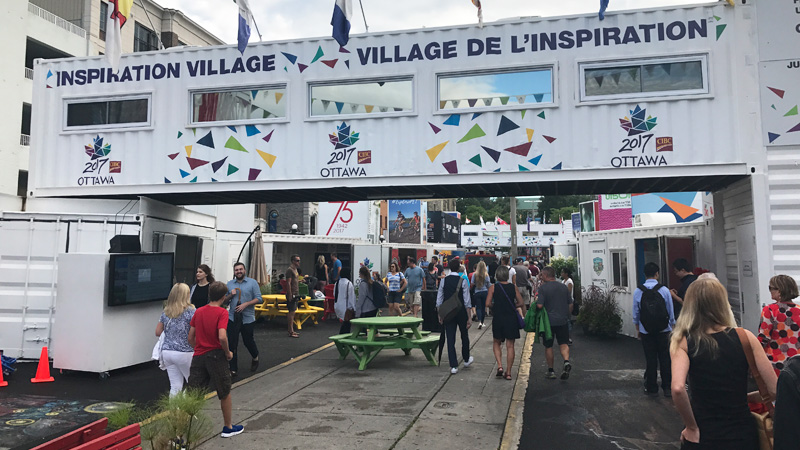 Also part of ByWard Markets for Canada 150 celebrations is the Inspiration Village, which is filled with shipping containers promoting the different regions of the country. This will stick around until Labor Day, September 4th, and is open daily from Noon to 8pm. There’s a lot of free experiences to be had in the Village, plus competitions and giveaways – including a trip to a surprise destination every day. They ask you to bring your suitcase and prepare to be sent anywhere.

Head further into Ottawa’s business district and you’ll find Kontinuum, a free timed attraction which transforms a future underground Metro train station (a first for Ottawa) into an art installation – with music, light and video leading you thorough the interactive art project which showcases the future station and proves to be excellent use of a currently unused space. Kontinuum runs until September 14th, and you can pre-book a timed visit HERE. 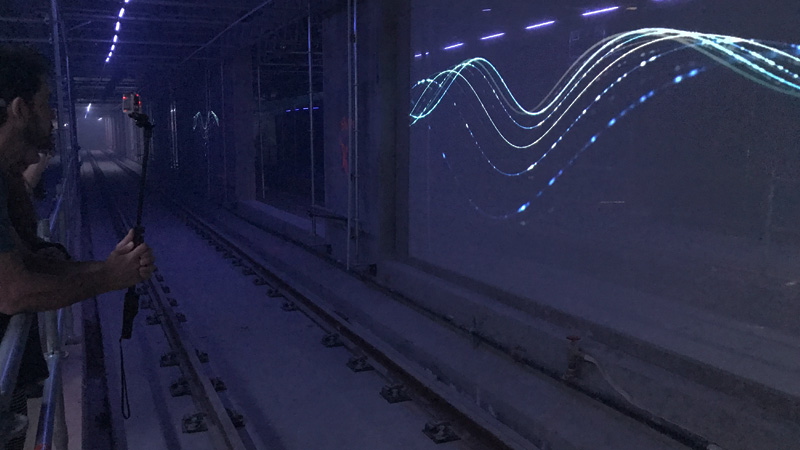 Other additions to Ottawa’s 150th celebratory calendar are more permanent. At the Museum of History, a new exhibition detailing the history of Canada, from before its Federation, through to its first years and present day, opened on July 1st. There’s a lot of tactile interactions and even some games along the three part “Canadian History Hall”, with some amazing items on display from past and modern Canada. Learn more HERE. 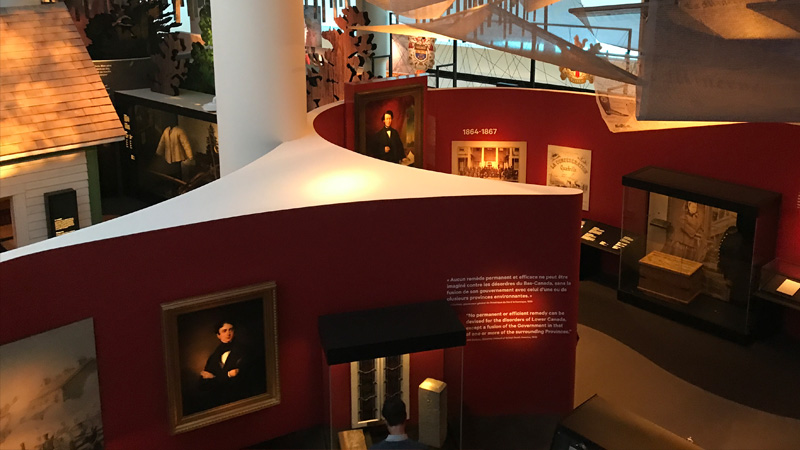 Elsewhere, you’ll discover the new Arctic gallery in the Museum of Nature, the Canadian and Indigenous Gallery at the National Gallery of Canada and the brand new Bank of Canada Museum (learn more HERE), which also opened on Canada Day, July 1st.

For more on Ottawa’s anniversary celebrations, and all the Canada 150 events, head HERE.

The journalist travelled to Ottawa with the support of Canadian Tourism and Ottawa Tourism. While in Ottawa the journalist stayed at the new Hotel Andaz (325 Dalhousie St), a striking 16 floor accommodation option in the heart of the ByWard Market, that opened up in August 2016. All photos by the author, except where otherwise mentioned.

Sad, but true. BlizzCon 2020 has been cancelled due to the COVID-19 pandemic and will move online next year.

"The volume does go a little loud for my liking but beyond that, this is an extremely well-balanced set of cans. Impressive as hell..."

Playing a one-off 'Alive At the Drive-In' gig to launch their new album 'Brain Candy' on the 31st July is @hockeydadband. There will be very limited car-spots so don't miss out. Tickets on sale Thursday!

Recently we caught up with Tasmanian folk duo Runaway Belles to talk about their debut single "The Weekend" and their weekly lockdown livestream!

For those disappointed they would miss out, worry no more, as the Sydney Fringe Festival has now decided to go digital this year!