Best things to do in Melbourne for October 2018

We’re getting into the nitty gritty of spring now, and as a result there’s plenty of outdoor things to do around Melbourne this month. If you don’t feel like spending one of the most exciting months of the year on the couch, then what awaits for your is an urban jungle full of rooftop pool bars, music and picnic festivals, large-scale Halloween events, and bottomless rosé sessions. Get amongst it. 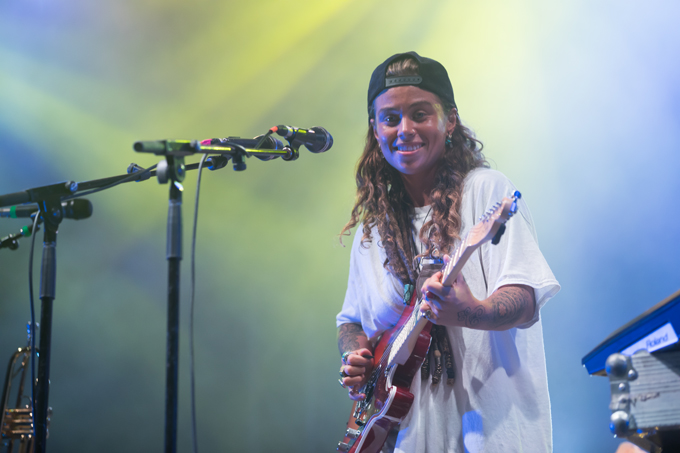 Flemington Nursery is going to be the hottest spot in Melbourne on Sunday 7th October as Lost Picnic returns with a truly epic line-up of Aussie talent, led by powerhouse Tash Sultana. The indie darling will be playing one of the very first shows following the release of her debut album, heading up a live music program that also includes Meg Mac, Marlon Williams, Sons of the East, Big Words, and more, served up alongside a big focus on gourmet festival food, theatre and art.

The immersive atmosphere that has earned Lost Picnic a strong following in Sydney will be recreated for the event’s Melbourne debut, built with roving performers, all-ages entertainment, old fashioned games like sack races and tug of war, and even bouncing castles. That should give you plenty to do in between bites and drinks from pop-up bars, and some of the city’s finest including Burn City Smokers, Pho Nom, and Caravan of Caviar with food trucks, pop-up restaurants and picnic hampers. Just make sure you save enough room because they’ll even have their own “Sweet Street” dessert precinct to keep you on a sugar high while you’re rocking out to some very fine live music. 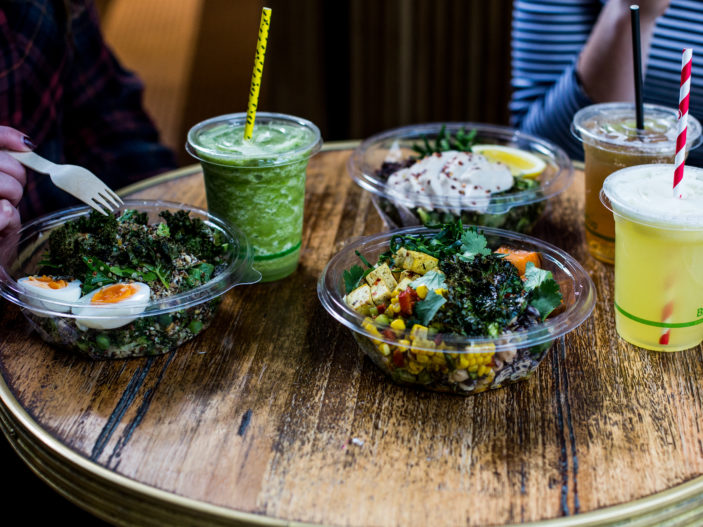 Garden State Hotel are partnering up with local coffee roasters ST. ALi and Byron-based Kombucha brewers Bucha of Byron for a three-week breakfast and lunch pop-up this month. It’ll be mainly health-focused, with a huge love of freshly press juices, smoothies, kombucha, and food like gluten free carrot cake and granola. Of course ST. ALi will be serving up a quality caffeine fix to help start the day right, helping push Garden State Hotel as more than just a destination for after the day is done.

Lunch will move into health-conscious brunch bowl territory, with four on the pop-up menu including one with super grains, broccoli, shredded spinach and kale, egg, tahini dressing and super dukkah. These will be available alongside various wraps and sandwiches with all meals pre-packaged and presented in open-style fridges. For a pub, that’s a pretty big makeover, and should fit nicely with Melbourne’s vibrant café scene. 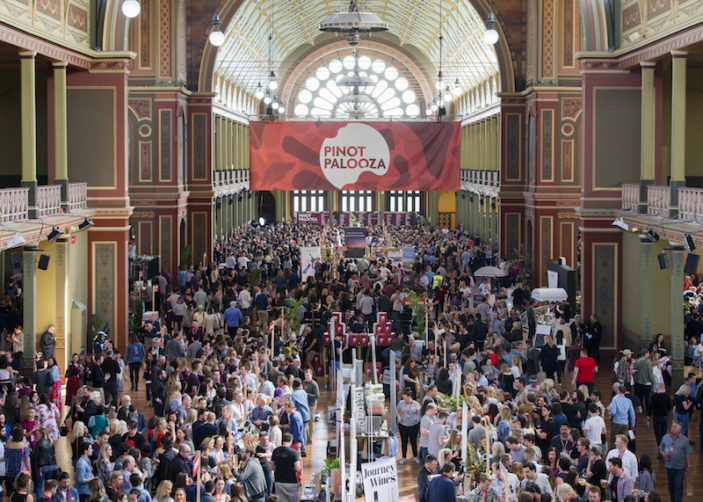 Wine enthusiasts will be overjoyed in Melbourne come Saturday 6th October as the super popular Pinot Palooza makes its triumphant return, bringing with it more than 100 styles of pinot noir from across Australia, New Zealand and a few other regions around the world. The past few years have seen the event grow immensely, with a program that ropes in wine with food and music.

With tickets starting from $35 and including unlimited wine tastings, it’s no surprise that this is a must-attend event for those who love good wine and gourmet food. 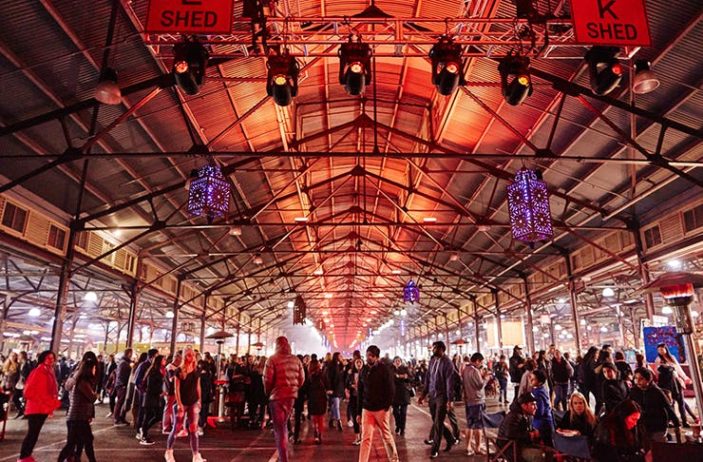 Though it kicked off last month, Hawker 88 will continue to turn the iconic Queen Victoria Market into a hawker-inspired celebration of Asian street food every Wednesday up until 24th October. This is the first time Queen Vic has done such a thing, transforming the historic space with the tastes, sights and sounds of authentic food markets inspired by a blend of China, India, Vietnam, Korea, Malaysia, Japan and more.

That’s more than 20 street food stalls by the way, all offering delicious food like Filipino barbecue, Indian curries, Korean pork belly, and more. Communal tables have been set up for plenty of seating, while there’ll be music and entertainment from each region including traditional Lion dancers, Bollywood performances, Malaysian bands, K-pop and Filipino singers.

Did someone say “Bottomless Rosé”? You’re damn right they did, and that someone was Fatto Bar & Cantina, the Melbourne CBD haunt that’s setting up for spring with an Italian riverside fiesta. As if the spot wasn’t already ideal for leisurely long lunch, each Sunday throughout October will offer endless rosé $75pp packages alongside a Spring-inspired sharing menu by head chef James Kummrow. 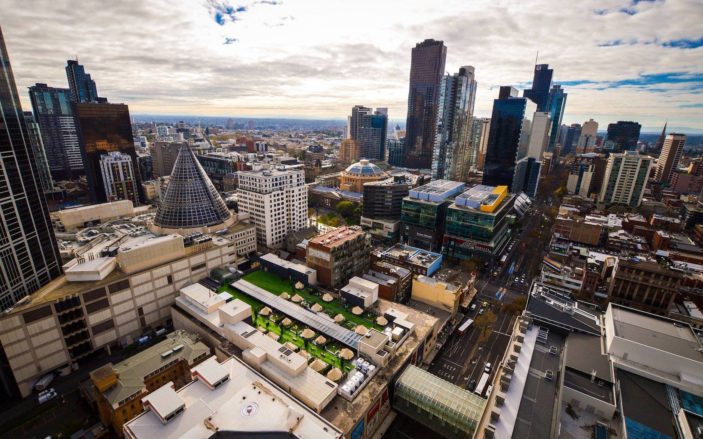 Opening sometime this month, Reunion Island Pool Club, will be the very first rooftop pool bar to hit Melbourne CBD. And it’s coming right at you from none other than masterful fun wizard Jerome Borazio, who has brought the city (and country) some incredible things like Laneway Festival and Back Alley Sally’s. This will be a vastly different venture for him though, replacing the former open-air space that was St Jerome’s The Hotel with an inner-city oasis boasting around 10 plunge pools, summer cocktails, meditation and pilates, and an old-school canteen selling budgie smugglers and Bubble O’ Bills. There will also be spa facilities, four bars and a restaurant framed by palm trees, with a summer menu that’s yet to be revealed. You’ll be a fool not to want to jump on (and in) this one as soon as it opens, so keep an eye out on their Facebook listed below. 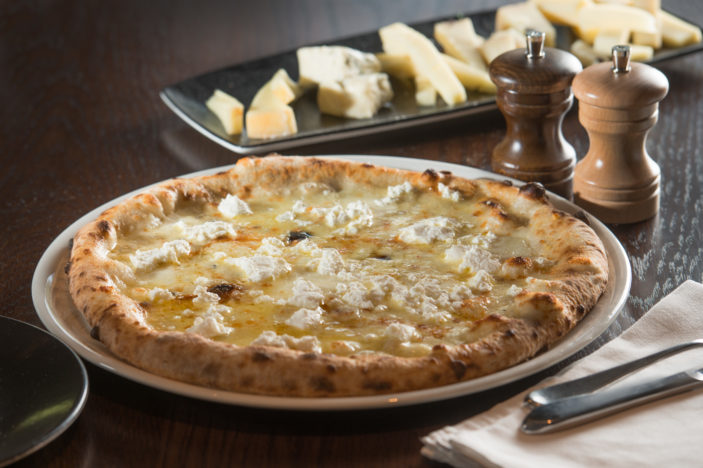 Here’s another one at Queen Victoria Market, and it’s something no cheese lover will want to miss. The Holey Cheese Festival will last from Tuesday 23rd October to Sunday 28th October, celebrating the very best in cheese from Victoria and beyond, so expect the Queen Vic to take up quite the stench. Everything from goat’s cheese and cheddar to Camembert and Roquefort will be on proud display, with market-goers able to taste samples from a range of traders and local producers, with a few pop-ups along the way including one from 400 Gradi where Johnny Di Francesco will be showing off (and offering) his newly created, record-breaking 140-cheese pizza.

When: Tuesday 23rd to Sunday 28th October; from 10am
Where Queen Victoria Market
Website: qvm.com.au

And they’ve really put a lot into this one. Guests will be able to purchase tickets and immerse themselves in everything from Cirque Du Slay, a carnival of clowns and creatures, to stories of an abandoned coffin factory (which was apparently discovered on the Burnley Circus site), and a “Twisted Circus” which will operate between 4pm and 6pm each day of the event. 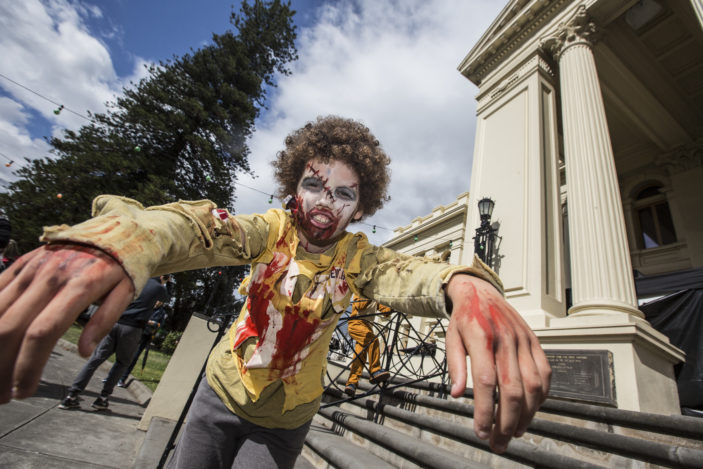 Hauntville ain’t the only large-scaled Halloween event around Melbourne this month. The long-running Spooktober will be returning for it’s 6th year, stretching from 31st October until Sunday 4th November. Held over the St Kilda Town Hall grounds, the family friendly event is taking the if ain’t broke, don’t fix it approach with 2 custom built haunted houses, a 10 minute swamp-themed escape room, a food truck park, haunted spirits pop-up bar, carnival games, and most importantly, free wizz fizz. Perhaps most exciting is the launch of HallowQueens, the event’s very own Halloween themed drag show which should prove to be a huge hit.

The Last Weekend of Wonderland 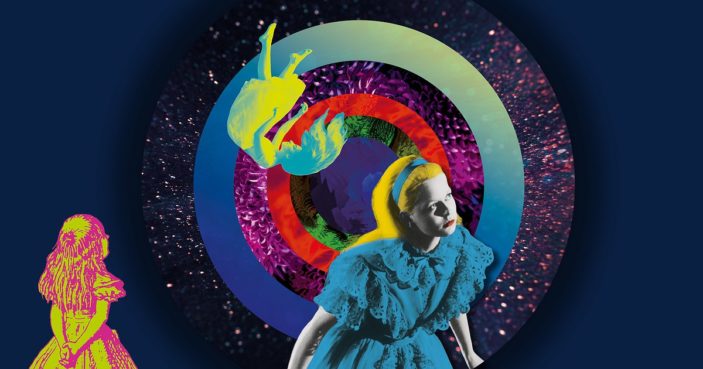 If you haven’t been along to ACMI’s memorable Wonderland exhibition then you need to hurry the hell up. Why? The last weekend of the hugely popular immersive world of psychedelic tea parties, halls of mirrors and general Lewis Carroll inspired weirdness is upon is. It’s all ending on Sunday 7th October, which means you have until midnight on both the Friday and Saturday to twist your way through the exhibition.

And to help you do just that, Cool Room will be curating the Friday night with a live set from local doom duo Divide and Dissolve and electronic-noise act Papaphilia. Saturday will see more live music with a set from DJ Sal and a performance from Thelma Plum. If you do anything this coming weekend, do this.