AU Abroad Feature: 15 things to do and places to visit on a Singapore Stopover 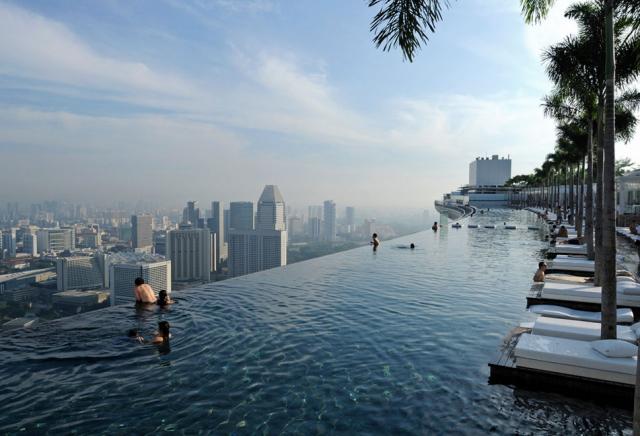 The Singapore Tourism Board recently carried out some research that revealed that over one million Australians have missed their first day back at work as a result of a holiday, costing businesses thousands of dollars.

In addition to the 1.1 million missing their first day back at work after a flight of 10 hours or more, the research uncovered that 1.6 million felt depressed at being home, 1.3 million behaved irrationally and more than 750,000 Aussies have also made a major decision that they later regretted. This included changing jobs, getting out of a relationship or moving overseas.

Interestingly, the majority of Australians who have travelled overseas in the last two years (87%) would now consider a stopover if they were travelling for more than 10 hours, to places such as Europe and the UK. Singapore is naturally a favourite stopover, with safety, cleanliness and good shopping coming out as the top reasons as to why. Plus, it’s only 8 hours or so from Melbourne or Sydney!

So, the Singapore Tourism Board has compiled some suggestions for a Singapore stopover holiday, and we at the AU have added some extras of our own. Here now are 15 stopover holidays you can take to help make your journey home from Europe or greater Asia an easier one: 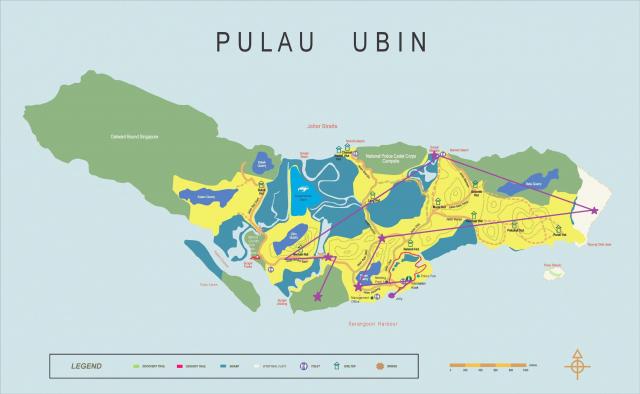 Get off the beaten track and explore Pulau Ubin – one of the last rural villages in Singapore. Hire a bike and go for a scenic ride around the island absorbing the rare ecosystem of animals and plants. 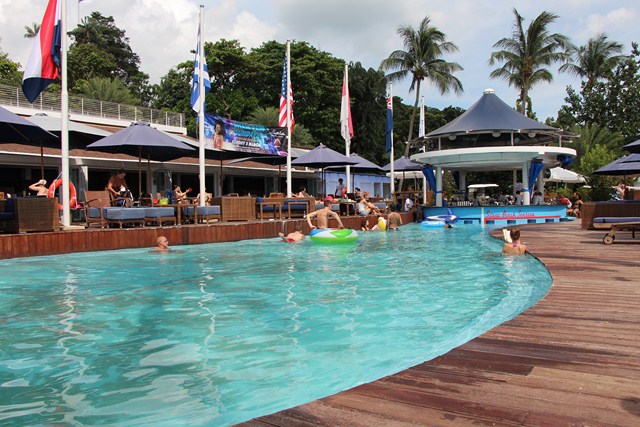 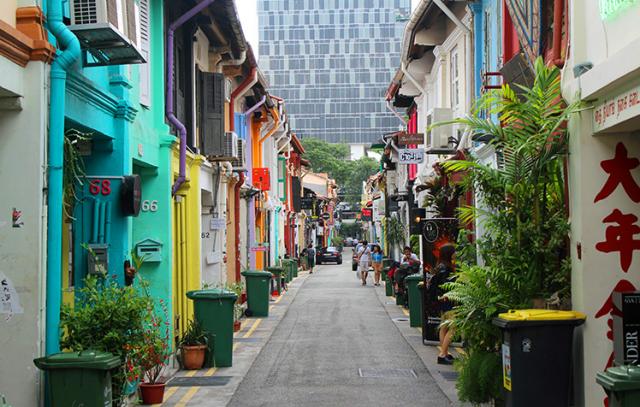 Explore the quaint boutiques on Haji Lane, and uncover up-and-coming designers. Locals constantly refer to this as the ‘hipster area’, and there’s no surprise on that once you venture into the shopfronts, many of which house small and hidden boutique clothing stores and the like. You’ll find a great range here in both style and price, so there’s definitely something you can see yourself in here. Take some time and admire the street art as well, it’s some of the best in the city. 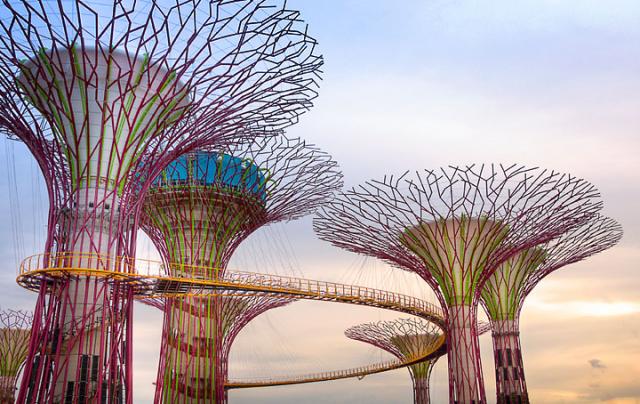 There’s nothing quite like a stroll along the OCBC Skyway at Gardens by the Bay. Surrounded by panoramic vistas of the Gardens and the Marina Bay skyline, this 128-metre long aerial walkway is an experience not to be missed. And if you’re staying at the Marina Bay Sands, why not go for a swim in their breathtaking rooftop infinity pool, pictured at the top of this article? 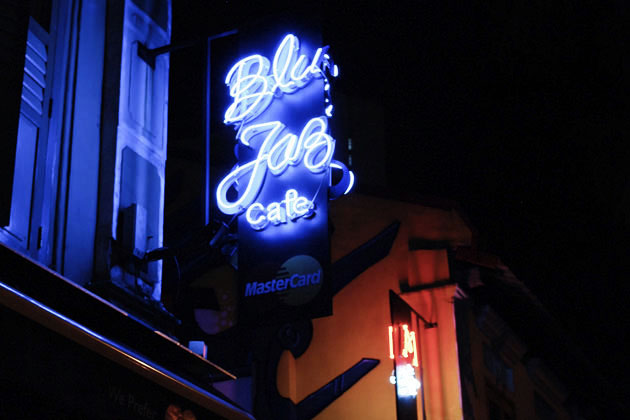 Get in the groove at BluJaz Café, a quirky, vibrant boho-style café that is an eclectic mix of funk and soul music. 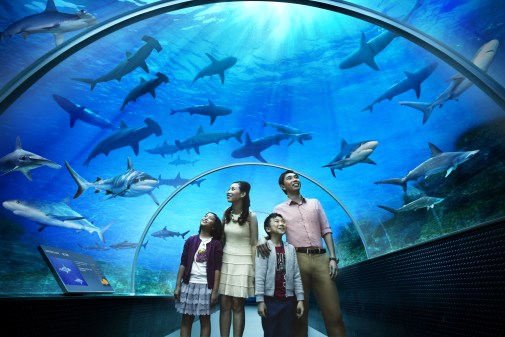 Immerse yourself in the magic of life underwater at the S.E.A Aquarium, where you can come face-to-face with over 800 species of marine animals. 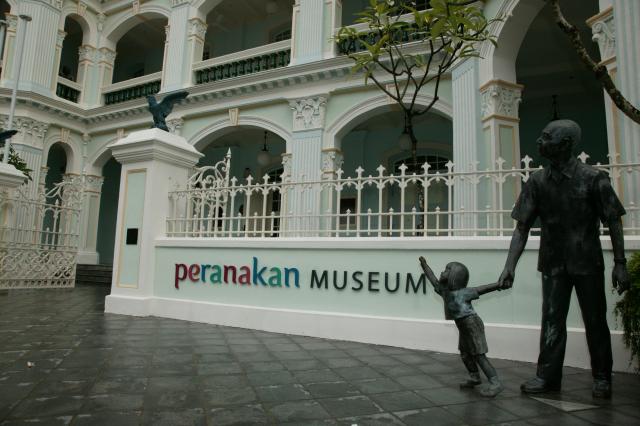 Learn about the rich heritage of the Peranakans with a visit to the popular Peranakan Museum.

Immerse in the spiritual side of Buddhism at the Buddha Tooth Relic Temple & Museum in the heart of Chinatown.

Soak up the sights, smells and sounds of Tekka Market in Little India. If you’re ready to experience Singapore just like a local, sample the ‘King of Fruits’ – the durian!

Live life on the edge at 1-Altitude, not only the highest rooftop bar in Singapore, but the highest multi-experience lifestyle joint in the world.

Head along to the Singapore Night Safari, the world’s first nocturnal zoo, for a unique evening adventure.

The Haw Par Villa is an open-air cultural museum with a difference – the park contains over 1,000 statues and 150 giant dioramas depicting scenes from Chinese mythology, folklore, legends and history. It’s… unique, to say the least. The depiction of the different layers (courts) in Chinese Hell aren’t for the squeamish, but if you like art displays of beliefs like ‘if you lie you get your intestines pulled out’ then this is something you need to see.

Open from 6pm to 6am, your 24 hour adventure couldn’t be complete without a visit to Swee Choon Dim Sum. Just take your card, fill it out with what you want and a pile of oh-so-cheap Dim Sum will be yours. Sure beats a 4am kebab…

The Mustafa Centre in Little India is 24 hour shopping at its best in Singapore. The atmosphere is very unique, giving you a slice of the city that feels like no other while you duck and dodge out of market stalls and put those haggling skills to the test. 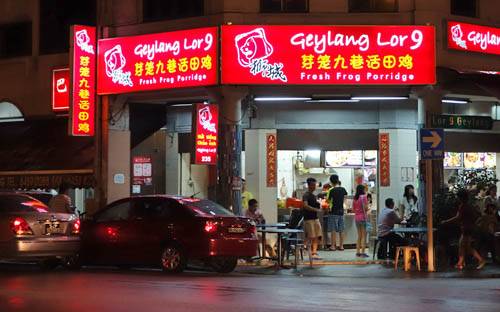 Take a geylang tour and uncover one of the most historic and well-known (and notorious) areas of Singapore. Despite it being one of the busiest areas, the area is fairly laid back and you can also find some of the best dumplings in the city here. The tour guides really go that extra mile to give you a detailed story of geylang, and while some of it may be confronting, it’ll give you a great insight into Singapore.

With taxis being cheap and reliable in Singapore, it would be easy to head to quite a few of these locations – even in one night! Especially with so many places open late or even for 24 hours. For more information on Singapore visit http://www.yoursingapore.com/.