The Razer BlackWidow is the mother of all keyboards

The Razer BlackWidow is hot. From its perfect, clicky-clacky keys to its shiny rainbow lighting and sleek design, everything about it is hot. In fact, you going to have to pry this keyboard out of my cold, dead hands because I’m in love.

You’ve probably seen the BlackWidow before. It’s got fantastic pedigree as one of the first gaming keyboards, and is the accessory of choice for esports’ most popular personalities. But unlike other flashy peripherals, the new BlackWidow backs up its claim to fame with stunning high quality and an impressive range of features. 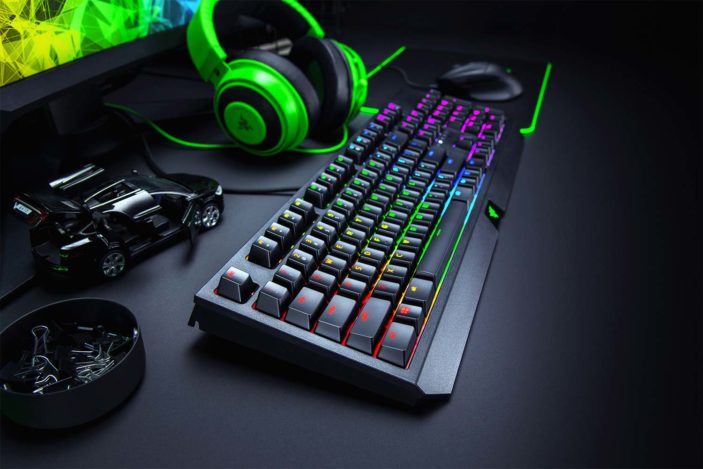 The beauty of mechanical switches is that there’s one for everybody there. Whether you like your switches in red, brown, blue or anything in between, everyone has their perfect ‘click’. The BlackWidow is backed by Razer’s own branded ‘green’ mechanical switches, and they’re perfectly balanced.

Smooth, bouncy and satisfying, their clicks aren’t too heavy or slow – they’re just right. While they might seem too springy for some, they’re an absolute joy to type on, or smash when an enemy Reinhardt comes charging to squish you.

Where the BlackWidow really shines is its integration with Razer Chroma. Razer Chroma is the lighting modulator that controls the colours, tempo and pattern of your Razer lighting across multiple accessories including mice, keyboards, speakers and headsets. 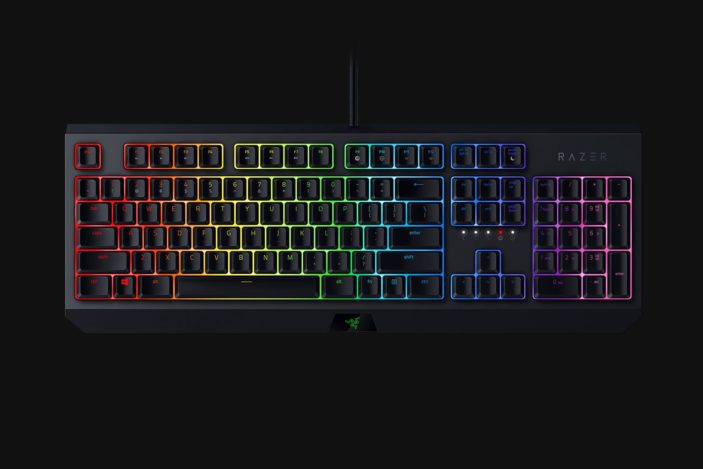 The best part about the lighting system is that each key is individually lit, meaning if you can set colours exactly as you see fit through the Chroma desktop interface. It also lets you layer effects. The default effect is a slowly changing rainbow ‘breathing’ rhythm, but you can set it to pulse, ripple, sparkle and even change colour depending on sounds and music.

With Razer Synapse, you can also save your keyboard settings in the cloud, including lighting and keybinds.

When you’re playing certain games, there’s also special in-game lighting modes. In Overwatch, Mercy and Lucio’s special abilities will cause a multi-coloured lighting effect across the keyboard, while in Fortnite, the lighting adapts to the time of day and turns purple while you’re in the storm.

There are a range of other great game integrations available including for Rage 2, Mortal Kombat 11, Just Cause 4, Apex Legends, Warframe and a whole lot more. The feature is mostly useless, but extremely nifty, and a great expansion of the BlackWidow’s capabilities.

The BlackWidow is a sleek looking keyboard, even if it is a little bit on the chunky side. That’s more of a hallmark of gaming keyboards than a design flaw though, and as far as its distant cousins go, it’s on the thinner side of the lot.

The lighting pops against the simple black design, and when it’s stationary, it blends into the background. One might even say it’s boring to look at – but when its lighting really kicks in, it’s anything but. It really is true that sometimes, less is more.

This review was conducted on a unit provided by the manufacturer.