Tech Review: Ultimate Ears finesse and flex with the Megaboom 3

In the realm of portable speakers Ultimate Ears remains one of the biggest names for food reason. Their cylindrical Booms and Megabooms have been amongst the most popular Bluetooth speakers for the past few years, and that’s not changing anytime soon now that lucky number 3 has rolled around (at least in name). UE recently released both the Boom 3 and Megaboom 3 (only the second Megaboom in the line, but who’s counting?) to show off what they’ve learned from past iterations, tweaking ever so slightly but remaining staunchly committed to the attractive design that has worked for them in past.

As such, don’t expect any radical refinements with something like the Megaboom 3. It’s simply finessing what is already a great speaker, and one of the most desired and affordable for millennial consumers. You’ve got the familiar tall and slim rubber shell that’s covered in very fine high-performance mesh (available in black, purple, blue or red); you’ve got the large almost cartoonish + and – volume controls on the face (this time seamlessly designed as part of the fabric), and a new “magic button” on top; and you’ve got the same quality sound signature that this time focuses more on bass, even if that bass is not quite as rich and rounded as some of its peers.

Looking at it, you won’t think much has changed. Pick it up though and what you feel is noticeably different, a smooth and beautiful speaker to hold at 87mm x 225mm and 925g. The buttons feel more tactile and refined, especially the top “Magic Button” which UE are banking as one of their major new features. It basically lets you control playback – single press for pause/play, double press to skip song – while also tapping into your music subscription service to easily access playlists. A long press will give you access to up to four preloaded (via the Ultimate Ears app) playlists, but as of right now it only works with Deezer or Apple Music. That’s a bummer, but not having full functionality on launch is kind of du jour for speakers these days. It sure didn’t stop the Sonos One from becoming one of the year’s best, and it won’t stop the Megaboom 3 either. Once playlist support for Spotify comes out, this will be a very useful feature. And no, you can’t access your device’s voice assistant via this.

A Micro USB port sits at the bottom of the speaker for easy access and changing, though I’m not quite sure why they didn’t go with the more convenient USB-C. All speakers on the market seem to be divided when it comes to what cable to use for charging, and with more peers opting for USB-C – which is now more common and distinctly reversible – this seem like a major oversight.

An IP67 rating is central to the (Mega)Boom brand. These Ultimate Ear lines are after all best pushed as speakers geared for pool parties and what not, and the durability is as expected: solid, impressive, reliable, and very, very dustproof. Dunk it underwater for a few minutes and you’ll notice little effect while the fabric shrugs the water off. In fact, the Megaboom floats although you may not want to risk leaving it bopping in the water for more than maybe 30 minutes. This is where that magic button will come in most use to, as you’re unlikely to have your phone near you while swimming around in the pool. 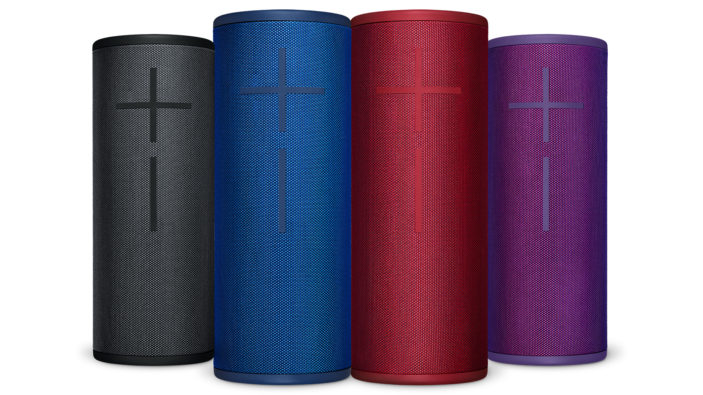 Behind that attractive shell you have twin 50mm, 4ohm full range drivers and twin 55m x 86mm passive radiators. Not a huge step up in power from its predecessor but still enough to meet expectations. The maximum sound can reach up to 90dBA, which is impressive and appropriate for parties, more so because that rowdy performance is balanced with a refined sound profile. You’ll get some really beautiful bass, great for the price point but behind some of it’s slightly more expensive peers, but not anything like Sony’s more affordable SRS-XB31 which prides itself on full, punchy bass. The benefit there is that even at higher volumes, the structure of a song remains clear and avoids that muddy, overpowered sound. Vocals stick out nicely with styles like soul, R&B and alt-rock, but thicker sounds may have a preference towards the highs.

A big tick for performance is the battery life. 20 hours can be expected if you’re playing at fair (maybe 25-40%) volume most of the time, but cuts back a few hours if you push this thing to the max. That’s still enough to last an entire party (unless you’re at one of those parties).

The device makes use of either Bluetooth 5 or Wi-Fi for connectivity. And the Bluetooth range can reach up to around 150 feet, which is a solid and very modern effort that should easily avoid the issues many speakers faced a couple of years ago, when the tech was still improving.

As always, the accompanying smartphone app is very party-minded. There’s a great deal of EQ to fiddle around with (recommended) and even a mode called Block Party where friends can take turns “DJing” the sound. It’s gimmicky, but younger listeners should have a lot of fun with it. The most valuable thing here is the ability to link multiple speakers, which is really what a party would require to replace a more powerful sound system. Luckily you can use older Boom speakers for the link-up, although it would be preferable to have a few comrades that can keep up.

The Megaboom 3 offers a lot for its $299 AUD price point. It takes an already great party-minded Bluetooth speaker, finesses the design for an even more premium look and touch, and adds a few bumps in functionality for the sake of modernity. There are odd oversights (like a Micro USB) and the sound profile isn’t upped significantly enough to justify replacing your Megaboom with this, but if you’re late to the Ultimate Ears game then this is certainly worth looking into. Once full functionality comes out for the Magic Button, and assuming you’re someone who throws plenty of pool parties, the value will start to become a bit more apparent.