Over the last month or so I’ve been roadtesting two of Razer’s top tier PC gaming accessories. The Razer Mamba Wireless gaming mouse and the Goliathus Extended Chroma soft mouse mat.  Together, they provide the kind of aesthetic that most Twitch streamers fall over themselves for — the cool, industrial black suffused with customisable LED lighting. This review will cover both devices and how I found they worked together.

The Razer Mamba Wireless is one of Razer’s top tier gaming mice. For a long time it was one of the company’s most expensive offerings and, while that lofty price point has been reduced somewhat in recent years, it will remain a fairly expensive mouse for most. The mouse boasts 5G wireless connectivity to avoid lag or connectivity issues, a 16,000 DPI sensor that Razer calls “the world’s most precise,” you can adjust the weight of the left and right mouse buttons depending on whether you prefer to feather your clicks or want something with some heft. Does that translate to a solid, reliable user experience? Absolutely. Did it make me better at Overwatch? Not really, but it did make the game feel more comfortable to play after monkeying around with my settings for a little bit. 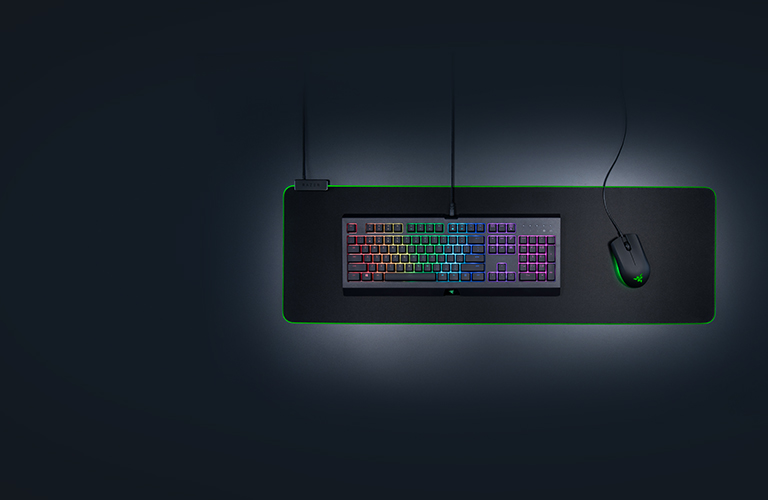 The wireless aspect, something that has always troubled the PC gaming hardcore, works to assuage any misgivings. I was able to get around 20 hours of solid play out of the mouse before it was crying out for a recharge — Razer states you can get 50 hours out of it and, provided the mouse is idling for most of that time, I don’t doubt it. That said, if you’d rather not worry about recharging, you can run the Mamba Wireless off the included USB cable. This turns it, functionally, back into a corded mouse.

The outward design hasn’t changed all that much from previous Mamba iterations but it doesn’t really have to. The Mamba Wireless is light, comfortable, features only six main buttons and a clickable mousewheel. It also features the same programmable Chroma lighting that is the company hallmark. The Mamba Wireless remains one of Razer’s more sensible designs, and this gels well with my own personal preference for minimalism.

The Goliathus Extended Chroma mouse mat is … well, it’s a big ass mouse pad. I don’t know what else you can really say about it. It’s a massive 92cm x 29.4cm which means its likely going to have to sit on top of your desk rather than on any keyboard shelf. The pad features what Razer call a “microtextured smooth cloth surface” built to enhance the sensitivity of all gaming mice, not just the ones in Razer’s catalogue. 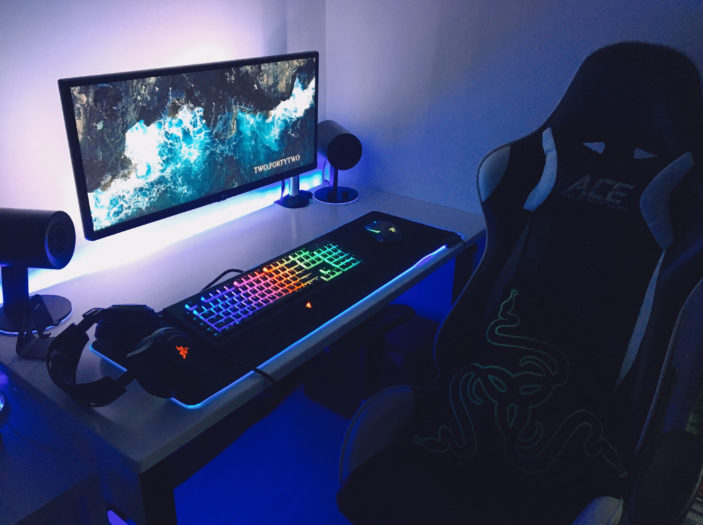 I have found it to be a very comfortable surface to play on, the LED stripping doesn’t generate heat so you can rest your wrists over it without issue and the Mamba Wireless performs on it like a charm. I had hoped that it might feature the wireless charging tech of something like Logitech’s PowerPlay but I’m happy to settle for Big Ass Mousepad too. It would be a totally cable-free device were it not for the Chroma lighting which presents as LED stripping around the edges of the device.

That’s really all there is to the Goliathus Extended Chroma. If you’re in need of a hilariously huge mouse mat to suit your burgeoning Twitch aesthetic, look no further. For everyone else, the regular size Goliathus is probably fine.

Lowlights: Price may still be off-putting for some users

Higlights: Uncomplicated design; Comfortable to use; Lights are cute