Tech Review: The Oppo R15 Pro is the Android device for people who secretly want an iPhone

If there’s a creed in the mobile phone industry, it’s likely “Make it look like an iPhone, but then do everything you can to make it cheaper.” This is the strategy Chinese maker Oppo have clung to for a while now and with the R15 Pro, they are steering into the curve harder than ever.

There are a few changes that lead the phone away from being a complete iPhone clone — changes that this reviewer, wearied by handsets indistinguishable from Apple’s mobile juggernaut, welcomes with open arms. The R15 Pro sits at a price point below the premium tier, but very much looks like it belongs in that prestigious category. Oppo have also used the R15 Pro to update their device’s tech specs with a number of options historically and notably missing from their roster. On the page, this all sounds great! However, even with all of that in play, the R15 Pro still may not be enough smartphone to make it your new full-time handset.

For those of you that tend to lose your phone, you’ll certainly have no problem finding this one if misplaced. The R15 Pro review kit we were sent contained a phone that was not the forlorn business black that is the mark of the typical iPhone clone, but a vibrant, eye-catching red. It was also rather large — 156.5×75.2x8mm and with a 6.28-inch display. There it sat on my desk, massive and impossible to ignore.

The glass back of the device looks amazing while still nestled in the box, hermetically sealed away from your grasping, greasy paws. It was covered in fingerprints within seconds of my removing it. There’s a thin plastic case that’s included with the device which will offer minimal protection, but it’ll also keep the phone from looking like you’re fresh from wrestling a greasy burger. This is the way of things with glass-back phones, of course. Those who have them are already well aware of the smudge factor.

Where the R15 Pro is very similar to the iPhone is in the notch along its screen’s top-most edge. It’s far from the only phone in 2018 to run with this look, but it is one of them. As is the case with a lot of Android phones embracing the notch, there are apps that are happy to wrap around it and apps that are not. This isn’t necessarily Oppo’s fault, but if apps not using the full range of your screen is going to bother you then its a point worth bearing in mind.

Oppo keeps the buttons minimal with the power button placed on the device’s right side and the volume up/down on the left. It’s also a dual SIM handset so you’ve got the typical secondary slot for use with a second SIM or microSD card. There’s also a fingerprint scanner on the device’s back panel. Because it’s an 18:9 phone and rather taller than the more standard 16:9, the fingerprint scanner will probably take some getting used to as you fumble around for it. On the other hand, the scanner has been placed far away from the rear camera so you don’t have to worry about getting that covered in your pizza grease. 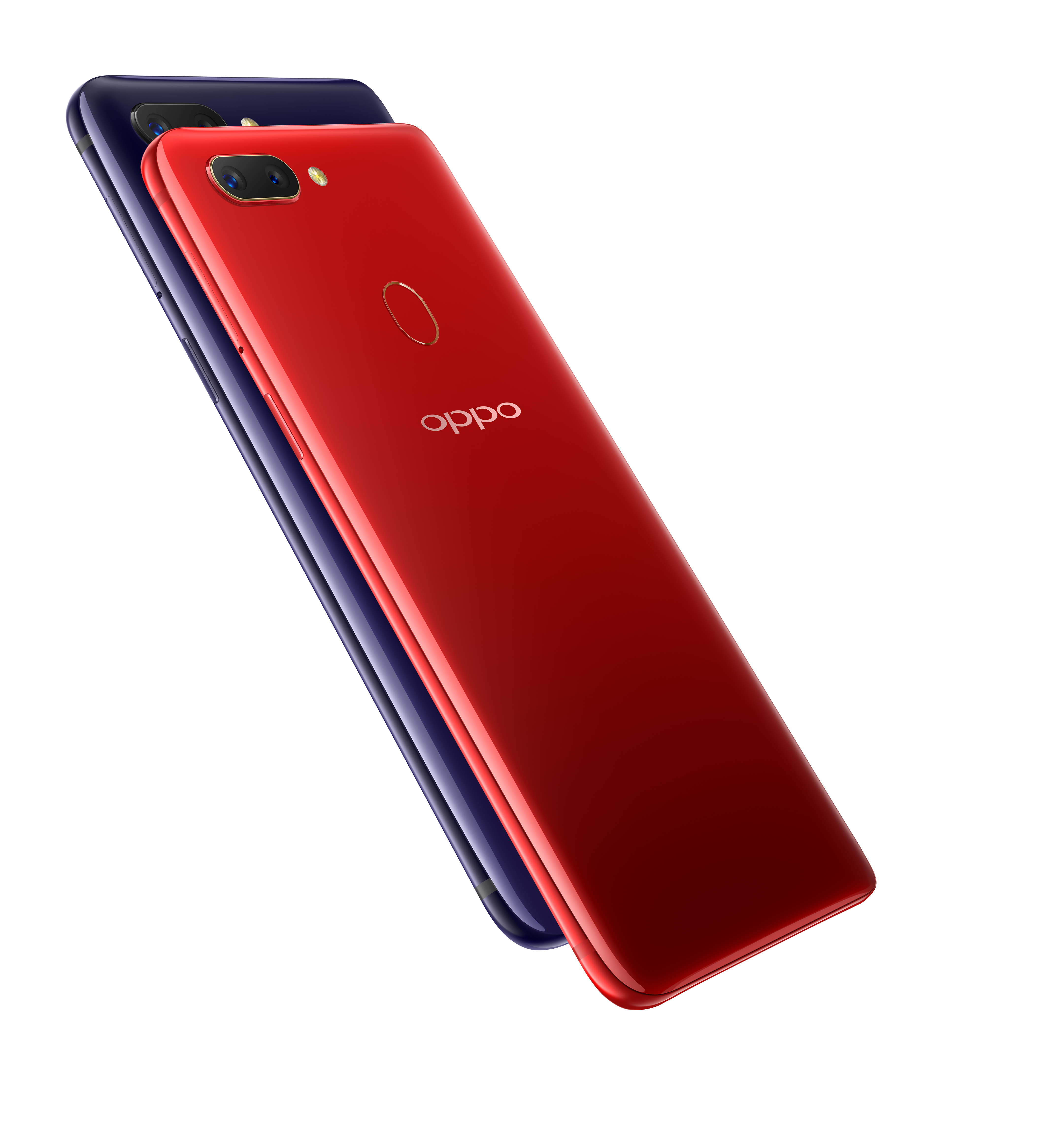 The camera is of a common Oppo standard, a solid offering happy to ape features found in higher tier handsets rather than pursue photographic excellence in its own right. The cameras are the area where the R15 Pro probable hews closest to the company’s old iPhone-imitating ways. The camera app is almost identical to Apple’s and comes equipped with dual 16MP f/1.7 and 20MP f/1.7 lenses at the rear and a 20MP front facing lens for selfies. The selfie camera is your fairly standard front-facing arrangement with solid image quality and the now-standard “Beauty” filter that is supposed to make you appear prettier than you really are (your beauty filter mileage may vary, mine certainly did).

All three cameras come with a variety of modes for shooting, including a simulation of studio lighting for portrait shots. This surprised me initially, but after using it for a while I’ve come to find it a bit of a throwaway feature — no image I took with it came out very well defined. Many of them were blurry, fuzzy or flat out overexposed.

One of Oppo’s previous camera problems has always been that they suffer in low light, but the R15 Pro stacks up quite well in this regard. It’s not going to topple Huawei’s P20 or the Samsung Galaxy S9+, but for its price range it should be considered a standout. So, yeah, the camera is fine. Oppo tends to market themselves as company that focuses on the camera aspect of their devices, and while they’re no market leaders in that arena, they’re doing okay. You’ll be happy with the results, but there’s better to be found in other makes and models.

Inside, the Oppo R15 Pro is running a Snapdragon 660 SoC with 6GB of RAM. You may remember this same processor featuring in the R11s we reviewed earlier this year. It’s a fine processor, not the best one out there by any stretch, but that extra 6GB RAM gives it all the kick it needs.

Oppo’s real point of difference has always been that they’re the handset maker for people who want to move on from their iPhone but also hate Android. Oppo’s ColorOS launcher does a great job of taking the Android operating system and making it look and feel as much like iOS as possible without breaking any copyrights laws. There are ups and downs for those coming over from iOS — the lack of an app drawer and its very nice facelift are welcome and helpful. For dyed-in-the-wool Apple-hating Android users, the liberties ColorOS takes with the Android front end will be tantamount to heresy. You’ll likely find the way its laid out a bit bewildering (in much the same way iOS users do when they first jump to Android).

There’s also, finally, an NFC chip on board! Oppo typically doesn’t build them into its devices because NFC chips and payment methodologies aren’t that prevalent in its native China, thus, it rarely made much sense to include them. Here, however, they have, and I’m grateful. Important note: The NFC chip is exclusive to the R15 Pro model, it is not available on the standard R15 model.

But wait, they’re not done! Oppo has also added IP67 water resistant, another feature they’ve avoided for many years! It’s not as resistant as some higher-tier models to come out in 2018 but its a big move in a wise direction as far as I’m concerned. Again, you’ll find that this feature is limited only to the R15 Pro — if you dunk your regular R15 in the sink, it likely will not survive the trip.

The battery enclosed is a 3430mAh, but its attached to a screen that outputs at a maximum of 1080p. This means you can actually squeeze some solid battery life out of the R15 Pro. You’ll get a full day out of it without breaking a sweat, and it also has fast-charging VOOC tech on board to keep it topped up should you need to do so throughout the day. The downside there is that you’ll have to take the old microUSB around with you to charge, as opposed to something more multi-purpose like a USB-C.

This is, without a doubt in my mind, the best handset Oppo’s ever released here in Aus. It’s an easy recommend for anyone looking to jump ship from Apple but aren’t wild about Android as an platform. It has a lot of stuff to strut and it does so while undercutting that four-digit price point that premium handsets like to sit in. There’s still a few areas where it could improve but, for the most part, Oppo is looking pretty strong right now.

Review conducted with a retail handset provided by the manufacturer.