Tech Review: The Nespresso Barista is the best thing the company has done this year 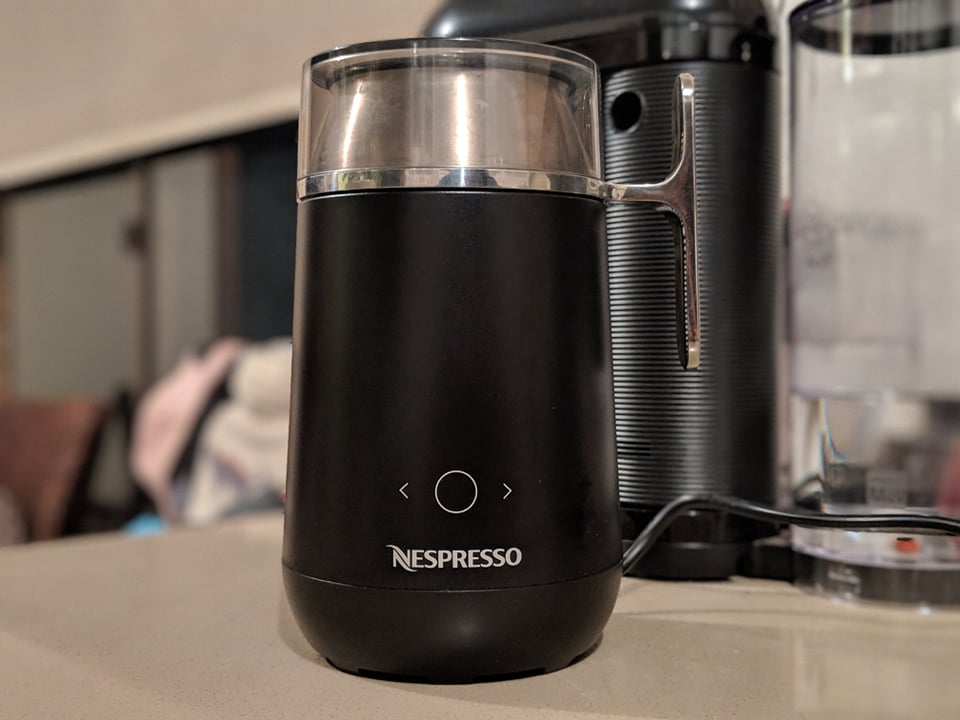 Frothed or flat; hot or cold. Those were the limited options you always had with your milk every morning if you were using any Nespresso machine with its included Aeroccino frother. The company’s tech has come such a long way that the smaller, more niche details wouldn’t have bothered the majority, but for those wanting more nuance and variety, the Nespresso Barista is a substantial step in the right direction, a logical next step from advanced frothers like the Aeroccino 4.

The standalone device (not at all meant as a replacement to a Nespresso machine) looks a bit confusing at first glance. Aesthetically, the full figured device is quite similar to a standard milk frother but the plain matte black body has more bumps to it, almost like a barrel shape. It’s thicker and much larger, with a detachable dishwasher-friendly metal jug topped by a sturdy plastic and rubber lid to keep any liquid inside. The silver on black look is quite stylish, but I would suggest wiping it regularly because its a bit of a fingerprint-magnet.

Inside the metal jug is a plastic whisk that is held securely in place with a magnet, although the mechanism isn’t quite as strong when you’re pouring out the contents of said jug. I suggest either holding the whisk in place, or removing in entirely, because it will almost certainly fall out if you aren’t paying attention.

A large selling point is that the device is controlled mostly by Bluetooth, with a companion smartphone app that’s beautifully designed and features various recipes, up to 20 of which can be stored onto the device for ease of use. Your part is simply pouring the ingredients into the metal jug, sitting it on the body, and watching it work its induction-driven magic at command. The current recipe is displayed in large lettering above the base’s touch panel, where you’ll find two arrows that can be used to scroll through all the stored recipes. It’s as simple, logical, and intuitive as you could want.

The device ships with a book detailing all the current recipes on the machine, from a Iced Lungo and Café Viennois to an Iced Nitro and even a Hot Chocolate. These are also displayed in better detail on the companion app, which will surely become more than just an aesthetically pleasing interface when Nespresso release more recipes in the future. As mentioned above, you just gather the ingredients, measure them and pour them in. Perhaps best of all is that any espresso can be used in the jug, whether that’s from a machine or from a manual method, adding even more options to riff on certain recipes. Of course, this means that you don’t necessarily need a Nespresso machine to make use of the Barista, although having one is recommended since the measurements will be more precise.

It’s almost a given that once users have gone through and found their favourite recipes (I keep coming back to the iced nitro and hot chocolate) that they will iterate and improvise with additional ingredients. That’s the best way to get the most value out of this, as it’s not exactly the most affordable device. You do get what you paid for though: milk frothing has never been closer to perfection for home-made coffees; I never have to use a microwave to make a sad, and sub-par, hot chocolate ever again; the device is super easy to maintain; and the option to have almost precise control over the temperature (I was never left disappointed, whether it was for cold, hot or room temperature drinks) is incredible.

Whatever you make, don’t expect to make much of it at the same time. The jug has a very shallow volume, so if you’re entertaining you’d need to make the same recipe one after the other. While this isn’t a huge problem, seeing as the device works so fast, it’s a potential downside for some people.

Representing a huge leap in homemade coffee, this machine adds some really nice dynamics to the morning routine, and it doesn’t lock you in to Nespresso. As long as you’re careful with the whisk, experiment with the already nicely curated list of recipes, and keep the app handy for any new recipes, you won’t have any problem getting $249 worth of use out of this.

Highlights: Adds more options to easy homemade coffee than ever before; performs consistently and quickly; produces some stunning results (especially with the hot chocolates); doesn’t lock customers into Nespresso; future-ready for more recipes; easy to set-up and use.
Lowlights: Whisk can fall out too easily when pouring; less than ideal volume; design is prone to fingerprints.
Manufacturer: Nespresso
Price: AU$249
Available: Now