With the list of new and available smartphones increasing daily, the Huawei Nova 3e, known elsewhere as the Nova P20 lite, is admittedly a surprising entry promising high tech, for the low RRP of $399 AUD. While it seems like a lot to live up to, don’t let the price tag fool you. This is the little phone that could. Keep in mind, this is a phone squarely in the mid-to-low pricing tier for smartphones. For the purposes of this review, it will be judged against its direct competitors, because comparing it to anything higher powered would be unfair.

Lifting the Nova 3e out of the box, it feels incredibly light and looks extremely sleek. I’m partial to white phones myself, but the aluminium frame and glass backing complete with black volume and lock buttons keep the device uniform and minimal, with a nice rounded feel. However, the phone feels a little too smooth, as a couple times I felt adjusting my grip would send the phone sliding about my palm like a fish out of water, but for the most part it felt comfy and compact. This is partially thanks to the Infinity display the Nova 3e boasts, which is honestly a fancy way of describing the device’s edge-to-edge screen. Much like the iPhone X, (which I swore I wasn’t going to compare this to) this Infinity display feels like a neat way to maintain the visual aesthetic of the device while compromising slightly on size for the sake of comfort. As I currently use an iPhone 7 Plus, I can appreciate the Nova 3e for running with this.

As for the screen itself, the Nova 3e boasts a 5.8 inch IPS full HD display that shows off some impressive bursts of colour and clarity at times. However, this is an IPS display and not an OLED , found in devices of a higher price tier. This means the screen is not as bright or dark as it could be, compared to that of an OLED. However, it still manages to pack a punch, with the IPS display taking a lesser toll on the overall battery life of the phone. I also found the phone easy to view at most angles in sunlight, with a slight issue being the automatic brightness feature didn’t really adapt well to certain outdoor conditions. This had the effect of making screen unnecessarily dark or bright at times. Thankfully, this feature can be turned off for stability and consistency, and while it’s no OLED, the maximum brightness here is nothing to make fun of.

The camera follows suit in very much the same way. Featuring both front and rear 16MP cameras, the rear comes with an added 2MP secondary lens which comes in handy when tackling low light situations, and helps brings some added depth to each shot. While a solid effort, it’s honestly a bit hit or miss, with some photos lacking any sharpness, while others feel too good to be true. It seems as if the lens can’t always discern lighting levels and takes a gamble. The front facing camera is solid, but strangely highlights the background of a shot way more than it should, with photos lacking any pop or colour. It’s hard to determine if this is a result of the IPS display, as an OLED would assist greatly, but most of the time I found the front facing camera taking consistently serviceable shots. Just don’t expect to replace your DSLR just yet.

In saying all this, the Nova 3e includes some neat technical features that downright stunned me for the simple fact that they were included in a smartphone of this price. Firstly, facial recognition. I get technology moves fast, but my iPhone 7 Plus doesn’t even have this. The Nova 3e’s facial recognition tech is super efficient, opening your phone on approximately 0.8 seconds in adequate light. Even then I found in some darker rooms you can simple turn the screen brightness up to the point where it lights your face up enough to unlock regardless, which left me with a silly grin on my face time and time again. While fingerprint sensors are nothing new, the Nova 3e sends this to the back of the phone, which felt natural and easy to reach. The fingerprint tech is solid as well, as I rarely had to touch it twice to unlock the device. While these are two features are nothing new, it’s the Nova 3e’s willingness to pack these features in along with 64 gb of internal memory with the ability to expand via Micro SD cards that made me feel like Huawei actually care about bang for buck. 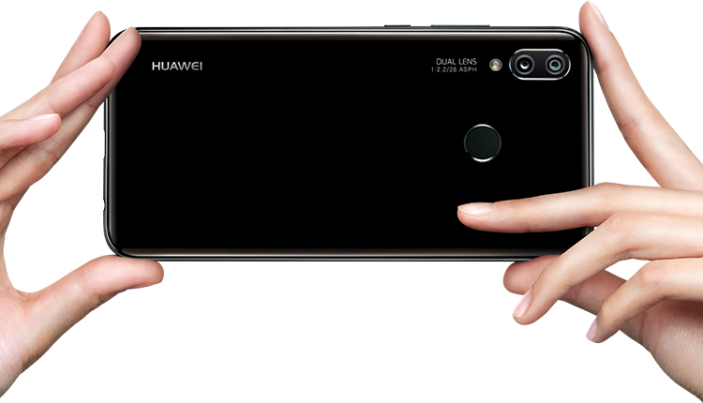 With all these features in favour of the Nova 3e, I’m sad to say it’s not all sunshine and rainbows. The Nova 3e packs 4gb of ram, but fails to do anything with it. Slowing down way quicker than expected, the Nova 3e relies on a clean and organised device, with too many open and background apps proving too heavy for it to run smoothly and consistently. Some apps such as Facebook and Instagram open normally, while some apps such as Snapchat take unusually long to load up, which is where the device starts to show which range it actually belongs in. And with the lack of NFC compatibility, paying for items with your phone is out of the question.

The Nova 3e saves itself a bunch here with its battery. Packing a 3,000 mAh battery and a USB-C charging input, you can expect a full charge from in around a couple hours, as I hit a full charge from 20% battery in just under 2 hours. This is impressive to say the least, and with USB-C and fast charging becoming a trend of the future, I’m once again glad to see that Huawei is packing this tech into what can be considered a lower budget smartphone. Overall, the Nova 3e is an impressive phone for its affordable price tag, allowing you to experience many of the tech seen in higher budget smartphones such as facial recognition and fast charging, for a much lower price.

However, I was constantly reminded of the devices budget range thanks to an inconsistent camera and inability to perform consistently under pressure. While it seems like I’m nitpicking the device to death, I really enjoyed my time with it, amazed by what Huawei has crammed into a phone of this range and budget, and can respect that Huawei has indeed created a viable option for those on a tighter budget. I found that it does most things you would expect a modern smartphone to do, and that at the end of the day, is a win.

Score: THREE AND A HALF STARS (OUT OF FIVE)

Lowlights: Sluggish under pressure, camera is solid but inconsistent