It’s a bit weird reviewing a pair of PC speakers in 2018. A casual poll of friends who use desktop PC’s for work, gaming or both revealed that every last one of them use headphones, for a variety of reasons. Some of them have infants they don’t want to wake up. Some of them are playing multiplayer games and don’t want sound feeding back through their mics. Some work in offices where speakers aren’t appropriate. So I find myself torn when reviewing Logitech’s G560 speakers. I like them very much, they have a very nice sound, but I found myself wondering who they’re for.

I did figure it out eventually — they’re for people who really value immersion in their gaming experience and have dedicated a room in their house that is less a living room or gaming den than it is some kind of curated dream chamber. 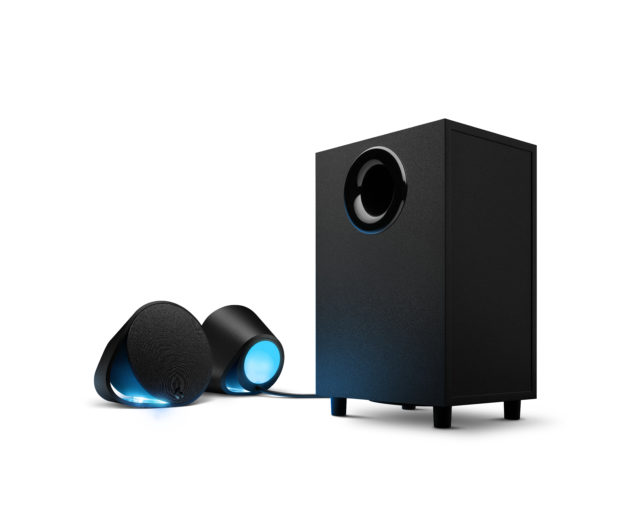 The Logitech G560’s are 2.1 stereo speakers that sit on your desk and connect to your PC. They use Logitech’s LightSync technology alter the RGB lighting built into either speaker to suit the game you’re playing. There’s a fairly short list of games that work natively with the G560 and, according to the Logitech website, they are as follows:

Some games on that list, like Fortnite and CS:GO, aren’t surprising. Discord’s inclusion is interesting, given that it’s a communication app and not a game at all. That Metronomicon and Killing Floor 2 are on there but Overwatch isn’t is kind of baffling to me. Not to worry though, if you don’t see your fave game on the list you can actually use the built in LightSync screen sampler software to figure it out on the fly. It’s a fun piece of kit if you like setting the mood when you play a game. 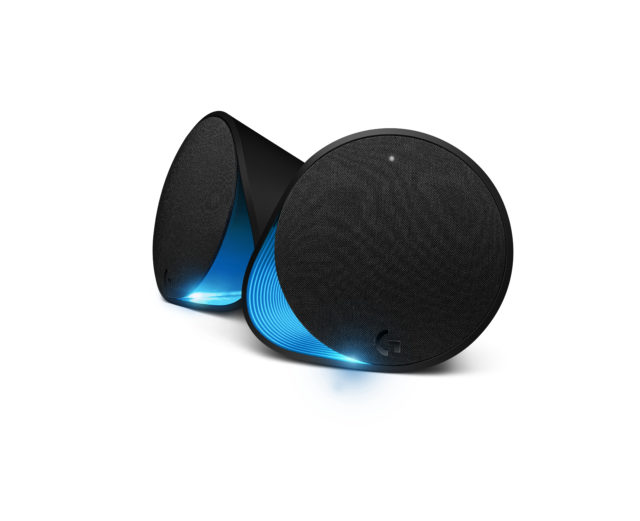 Soundwise, the G560’s are quite impressive for a pair of 2.1’s. Boasting a peak power of 240W, they’re capable of making quite the racket given the opportunity. It also uses what’s called DTS:X Ultra Surround Sound, which is a bit of a misnomer. It’s not true surround, its simulated and your mileage will absolutely vary depending on the room you’re using the G560’s in. If you’re playing a small enclosed home office space, yeah, you might actually get them to create a reasonable facsimile of positional audio. If you live in an apartment and have your gaming desk in the main living area like I do, you will not get this effect.

The audio reproduction is quite good for a pair of desk speakers under the $300 mark. There’s little distortion, the bass and treble are quite well levelled, which is good because there’s little in the way of tuning — the customisation is kept pretty strictly to the RGB lighting and not the sound, which may be a bugbear for some but didn’t bother me too much. 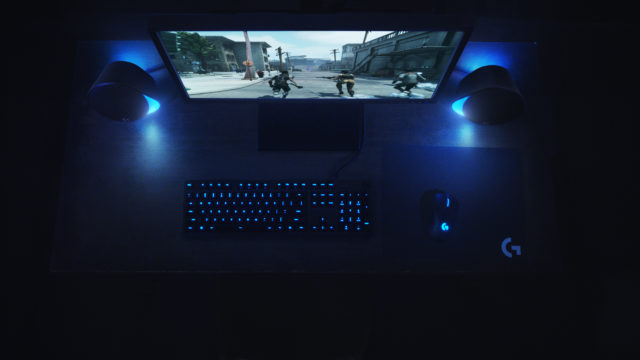 In all, these are a solid pair of desktop speakers. They’re great for people who don’t mind playing their games out loud and the RBG lighting is cool for a bit of added immersion. I have to imagine the field of people looking for PC speakers in 2018 is quite narrow, but if you are looking for a kit will set you up for games and music alike, this is certainly one to consider.

Score: 7.5 out of 10
Highlights: Solid sound; Lighting is cool; Small amount of desk space required
Lowlights: Lighting may be too gimmicky for some; Little in the way of audio customisation
Manufacturer: Logitech
Price: $279.95 AUD

Review conducted on a retail unit provided by the manufacturer.