DJI announces a new series of drones quite regularly, but their new Mavic 2 series are their most satisfying technical jump yet when it comes to consumer drones. Don’t be mistaken, using the word “consumer” for these ranges doesn’t mean you’re missing out on any of the tech and quality when it comes to capturing stunning content; instead, it just means you aren’t carrying around a mini-helicopter. The Mavic 2 series is compact with no sacrifice of video and image quality. Between the new addition of a zoom lens, reduced noise, impressive battery life and filming-mode improvements, the Mavic 2 Zoom makes a bold case to be a necessity in your travel and filming pack. 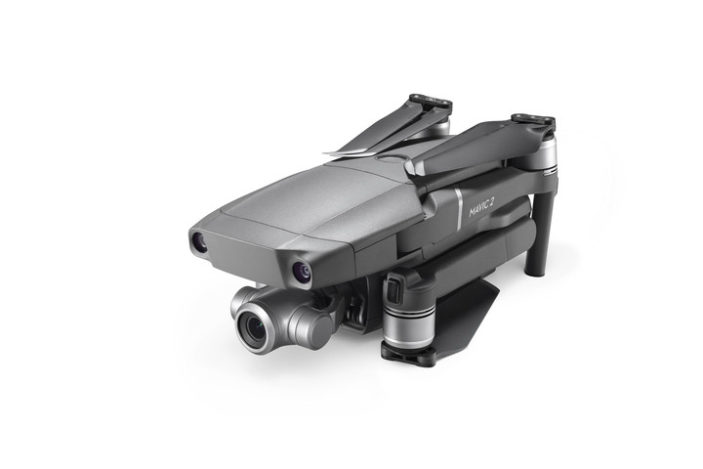 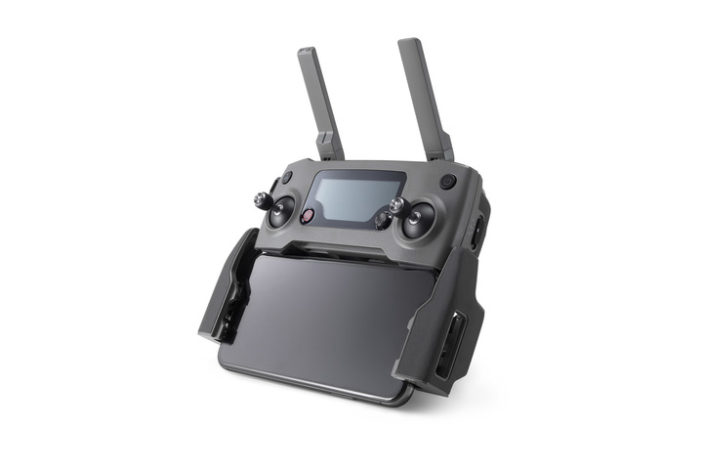 Released with its higher-priced companion the Mavic 2 Pro, the Mavic 2 Zoom is powered by a 1/2.3-inch 12-megapixel sensor with up to 4x zoom including a 2x optical zoom (24-48mm). Not only does this mean you can zoom in on subjects and different aspects in your scene, but the compressed perspective of the 48mm telephoto lens means an introduction of the cinematic parallax effect that will enlarge your backgrounds and pull them closer to the foreground subject. It is this effect that the the new QuickShot mode titled Dolly Zoom relies on. It warps and alters the perspectives of the foreground and background.

The introduction of a zoom lens also increases safety as it means you’ll be able to keep a greater distance away from your subjects and buildings but still be able to zoom in and get your desired shot. The Mavic 2 Zoom is also thankfully much, much quieter than its predecessors. Not only does this mean you won’t have a constant buzz and hum that annoys you, but when combined with the new zoom lens, it means a microphone on a subject won’t be picking up the noise from the drone if you’re doing cinematic aerial shots that features your subject talking into an external microphone.

Another new feature is the Super Resolution Photo ability. When in the 24mm field of view, the camera will snap nine photos with its telephoto lens and then stitch them together to create a 48-megapixel photo. Below is a side by side comparison of a zoomed in portion of the same scene – standard capture versus Super Resolution. For example, the image below is 5.62MB and 4000×3000 pixels. In Super Resolution, the captured image is 17.0MB and 8000×6000 pixels. This Super Resolution shot has been massively compressed and resized for use in the article. For the full, uncompressed 17MB photo you can head HERE.

The specs for the Zoom 2 boast an impressive 31-minute flight time. We experienced in the range of 27-29 minutes per battery which is still a fantastic amount of time in the air but frequently the countdown of remaining battery life and time in the air would start dropping my 3-5 seconds at a time, especially when getting to the last 25% of a battery. It meant the last few minutes of flying would be quite unpredictable so we recommend to fly it close-by and bring it back with at least 3 minutes remaining on the screen.

The new Hyperlapse feature is a mode that relies on having this lengthy battery life. Essentially, its a timelapse in the air where you can completely customise the flight path – from spin, to altitude climb to distance, a GPS map on your phone will allow you to set checkpoints for the drone to hit. Depending on how frequently you want frames taken, a finished 8 second Hyperlapse will take around 10 minutes to capture. So if you wanted to capture a longer Hyperlapse, you could be spending your entire battery life taking one shot that will only be a few seconds in length. But that’s fine – the wait time is worth it because it is mightily impressive.

The Mavic 2 Zoom is covered in sensors to detect possible accidents, objects and obstacles. Here, we used the object tracking and the drone followed us as we drove at speed and avoided trees and branches.

What we recommend is getting the Mavic 2 Fly More Kit with the drone. The kit comes with two additional batteries (the Mavic 2 Zoom comes with two already) that will give you a total flight time of two hours, a car charger that’ll let you charge on-the-move and extra propellers. All of which fits inside a water-resistant and sturdy side bag. A Battery Charging Hub allows you to snap in up to four batteries at a time which the hub will then charge in sequence – the batteries closest to being fully-charged will receive power first. The kit also comes with a Batter to Power Bank Adapter that will allow you to transform your Intelligent Flight Batteries into power banks thanks to its two USB Type-A ports. You can fully charge a smartphone using around 20% of one battery. 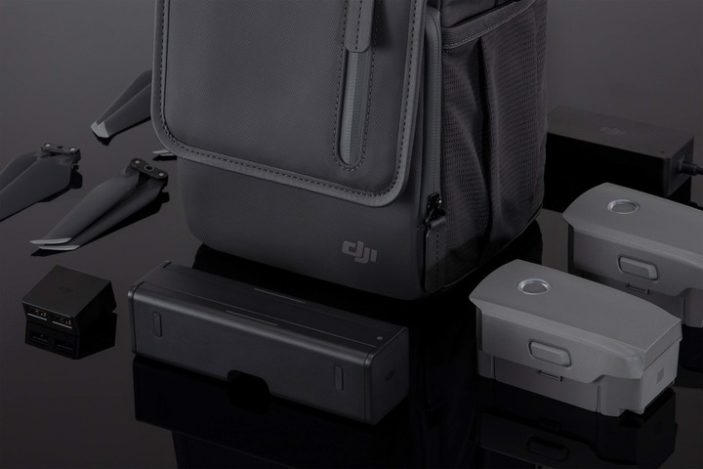 Review conducted using a loan unit provided by the manufacturer.

All videos and Super Resolution Photo were made by the author.