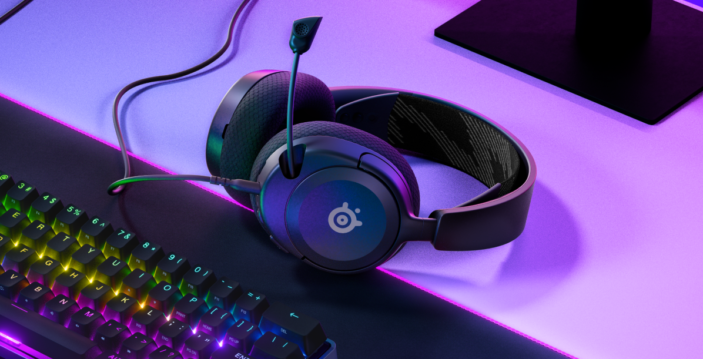 The SteelSeries Arctis Nova 1 aims squarely at the entry-level end of the market, while putting comfortability and sound quality at the forefront of the experience. Although the Arctis Nova Pro Wireless X serves as my daily driver, the Arctis Nova 1 largely succeeds at providing gamers many of the same benefits and perks that higher end headsets may bring, from a premium lightweight design and build quality, to a generally comfortable alternative for longer gaming sessions. The lower end of the market does indeed provide luxuries like wireless connectivity which the Arctis Nova 1 does not, on top of a lack of customisable options. But it’s rather hard to complain with the clear intention that the Arctis Nova 1 brings; a comfortable headset with decent sound.

The first thing you may notice about the Arctis Nova Pro 1 is how similar it looks to its more premium sibling, the Arctis Nova Pro. Complete with similar earcups and similar on-board controls, the earcups alone mark a move that stamps the new line-up with a clean uniform look. The headset itself admittedly lacks any frills; the all-black colourway makes it feel a little bland when compared to similar headsets in this price range like the Razer Barracuda X, but definitely aims for minimalism for the sake of portability and versatility as I would rather take these out and about than something that looks like it fell out of a spaceship.

The headset is also incredibly comfortable to wear, particularly for longer gaming sessions. I initially felt that the AirWeave memory foam cup pads might have cheapened the experience, but I felt like I could only compare them to the similar design of the Arctis Nova Pro, which I understand is a little unfair. That being said, at just 236g, the Arctis Nova 1 feels light around the ears and rarely retains heat within the first hour of your gaming session. Even though the majority of the headset from the headband to rotating earcups are comprised of plastic, it’s not without cause as they contribute to the lightweight feel and design of the Arctis Nova 1. Much like the Arctis Nova Pro, the microphone is retractable and neatly concealed within the left earcup, once again making it convenient to wear when out and about. 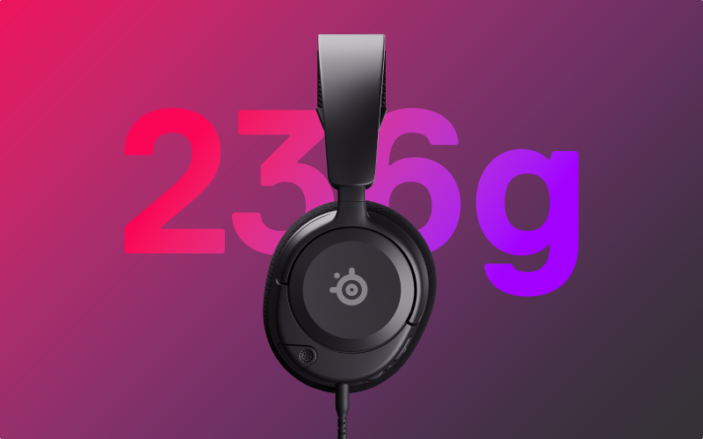 Controls are also conveniently located on the left earcup, complete with a volume wheel and a mute button for the microphone. It’s hard to complain about the lack of features here as a result, given the simplicity that the Arctis Nova 1 aims to convey. Buttons are easy to locate and their differences mean you’ll rarely get the two mixed up in the heat of a match. It is worth noting however, that the volume wheel does not control the volume of the connected device, and only the headset itself.

Besides this, the standard 3.5mm cable included with the headset makes sure that you’ll be able to game, watch and listen on a range of devices and platforms, given the inclusion of a 3.5mm headphone jack on controllers and PC’s alike. You’ll also get a cable that can split the microphone output, should you with to utilise separate channels. It’s at this point that I begin to reason with the Arctis Nova 1, questioning if wireless connectivity could have been included at such a price point, given the  Razer Barracuda X features wireless USB-C connectivity via a dongle.

When it comes to sound, the Arctis Nova 1 performs as well as you would expect it to. Packing in 40mm drivers, overall volume is loud and crisp at peak frequencies, while the bass and overall lower tones tend to get lost in the fray, particularly during chaotic moments of gameplay in first-person shooters for example. Bass is definitely present, but tends to lack the low rumble that’s featured in either higher end headsets or those with slightly larger drivers. Once again, it’s hard to complain with such clarity as they sound just about as good as the Razer Barracuda X which I’ve been comparing the Arctis Nova 1 to quite frequently throughout this review.

Music fared much better when it came to overall sound quality, pointing out the solid variety of the lows, mids and highs from bass to extreme and high-pitched vocals. I listen to a wide range of music from rap to electronic. The likes of Kendrick Lamar serve this headset well, highlighting the vocals as the premium layer, while electronic and bass-heavy tracks unfortunately highlight the lack of bass during lower frequencies or more intense songs. Those layers are present, but rarely impressive. 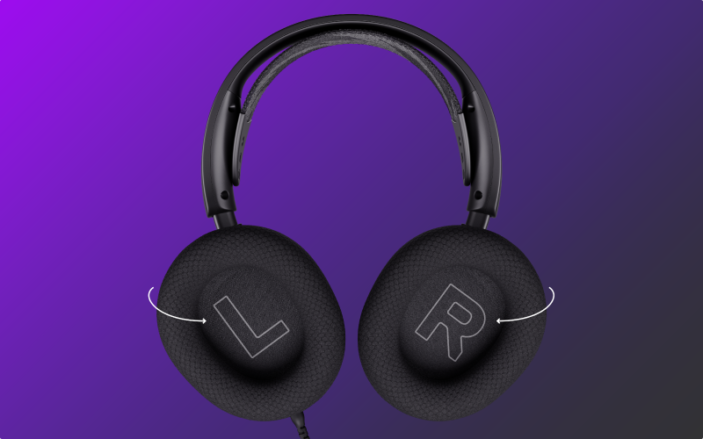 The retractable microphone seems like a solid winner here, with overall quality remaining stable and consistent. Relying on the feedback of party chats and streams alike, I rarely found that my voice felt distant or uneven, instead providing enough clarity through most situations. While SteelSeries claims the microphone utilises built-in noise cancelling technology, I can’t imagine it would block out too much of your surroundings. The retractable and adjustable nature of the microphone ensures that your voice will always be caught at a particular angle or position.

We’ve only really covered two sections for this review, simply due to the fact that there’s not much more on offer. However, that’s not necessarily a bad thing. The SteelSeries Arctis Nova 1 still packs in a bunch to enjoy for its $119 price tag. A sturdy and lightweight design, comfortable AirWeave memory foam earcups and accessible controls make it a solid contender for the entry-level gaming budget, along with its sleek and minimal design and retractable microphone. Overall sound is solid, given we can’t imagine many headsets would come with a more acceptable level of bass, and would instead recommend a more dedicated pair of headphones for music, should you listen consistently. However, the SteelSeries Arctis Nova 1 feels incredibly accessible; even if it’s lacking any mind-blowing features, it feels worth it for the quality alone.

Review based on unit supplied by SteelSeries.