Out the gate, the SteelSeries Aerox 9 Wireless gaming mouse is nothing short of a premium experience. The Aerox line-up might be known for its unorthodox RGB inspired design on the surface, but make no mistake; the Aerox 9 Wireless is serious business.  Ticking many of the boxes the high-end price tag usually entails, this nifty sidekick is lightweight, responsive and deeply customisable. Heavily geared towards MOBA/MMO gamers, the downright mesmerising 18 programmable keys including 12 side keys may fend some casual gamers off who may have no use for such customisation. But you can’t necessarily blame the Aerox 9 Wireless for having it all. And for that, I don’t.

Weighing in at just 89 grams, the Aerox 9 Wireless is more than likely the lightest mouse you’ll use, particularly at the hefty premium price point of $269 AUD. That being said, this alone makes it an absolute joy for short and long gaming sessions alike, freeing up any concerns you might have for wrist fatigue. Having used the SteelSeries Prime Mini Wireless as my daily driver prior to this review, it took me a little while to adjust to the larger size, but given the sleek, lowline design, size will rarely play a part in the overall experience, should you be sporting medium to large-sized hands. Depending on your grip, it’s also worth noting the holes that cover the top of the mouse. While it’s most definitely a great choice aesthetically, these holes travel right up to the two primary buttons of the mouse. If you’re using a claw grip as I have been, you’ll not only feel the imprint of these holes, but most likely deposit debris into front section of the mouse over time. 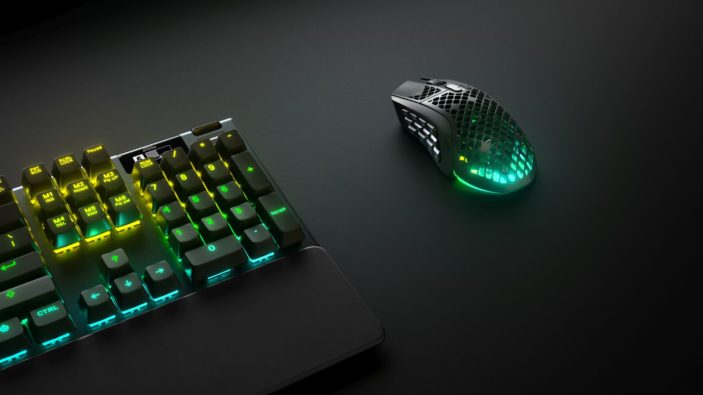 The Aerox 9 Wireless also provides an IP54 AquaBarrier water resistance rating, meaning it will take shake off light liquid spills with relative ease. Seeing just how open the mouse itself is in terms of design may raise scepticism in some. But provided you’re not planning on taking this bad boy for a swim anytime soon, provides peace of mind, particularly for the premium price tag. Underneath, the Aerox 9 Wireless packs in PTFE glide skates, allowing for smooth and responsive performance for both gaming and general lifestyle usage.

The Aerox 9 also includes an impressive 12-button customisable side panel, aimed squarely at MOBA and MMO players. While I tend to dabble in the occasional MOBA, be it Dota 2 or League of Legends, I can definitely see the benefits of such a feature. The fact that each of the 12 buttons are customisable via the SteelSeries GG app means that you can essentially use these extra buttons in any way you see fit. I won’t lie, no matter what type of gamer you are, be it casual or hardcore, most will still have to work with their assigned buttons to build a sense of muscle memory, as the tight positioning of these side buttons can prove a little tricky to navigate at first. Most games will rarely utilise the total 18 buttons accessible on the Aerox 9 Wireless, but the ability to customise and assign macro commands to each of these buttons is an impressive feat. You’ll never have to hold multiple keys on the keyboard at the same time ever again. Thankfully, these side buttons are also quite rigid, meaning that while they sit directly against your thumb, you’ll rarely press one of these buttons by accident.

The Aerox 9 Wireless also features Quantum 2.0 wireless technology, allowing users to take advantage of either a Bluetooth 5.0 or 2.4ghz connection, thanks to a handy switch located underneath the mouse. The difference between the two wireless connections is admittedly unnoticeable; but rest assured, response times are nothing short of fantastic and I rarely had issues with either method of connectivity. 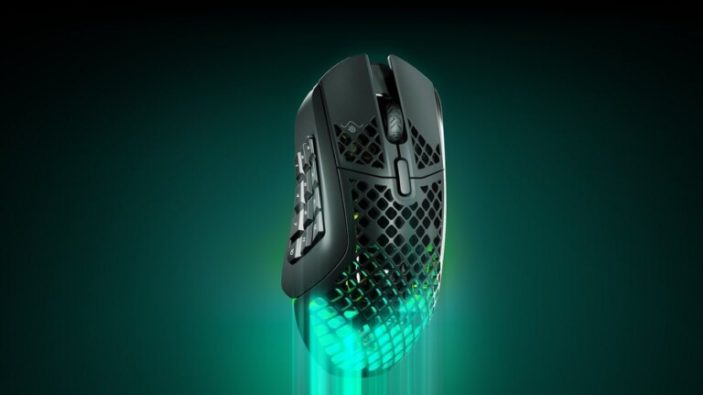 As with most SteelSeries gaming mice, SteelSeries GG engine compatibility returns. Be it increasing your DPI or assigning up to three three separate RGB zones, you’ll be treated to a wealth of customisable options to tinker with. It’s undoubtedly a nice feature to have, in conjunction with a program that’s incredibly easy to navigate on the fly. While all 18 buttons are customisable, users will more than likely take to the 12 side-keys for maximum efficiency, once again in MOBA and MMO games.

The Aerox 9 Wireless also provides a whopping 180 hour battery life per single charge. From charging the mouse upon my first use, I’m still yet to recharge it, two weeks in. While I’m sure certain RGB settings will alter the overall battery life, the included 2 metre USB-C charging cable not only ensures that the Aerox 9 Wireless will charge to full capacity within a couple hours, but that you’ll rarely be put in a position where the mouse is unusable between charging sessions. I can’t imagine asking for a mouse with longer battery life just yet, aside from something that will simply last forever.

The SteelSeries Aerox 9 Wireless gaming mouse is nothing short of impressive, even for the premium price tag. While the shortcomings are incredibly minimal, those who don’t necessarily play MOBA/MMO games can take full advantage of the additional side keys on offer, presenting a wealth of macro combinations for gaming and general office use. Pile on top of that a sturdy, sleek design, smooth performance, low response times and an incredible battery life, and you might just have one of the best gaming mice on the market.