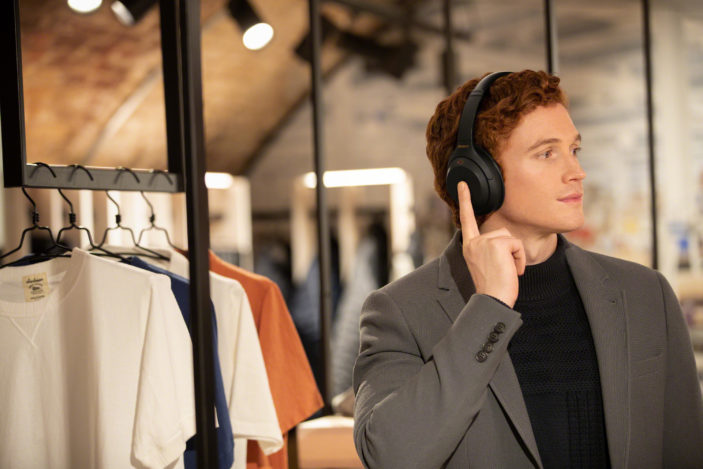 Want the short and sweet verdict on the Sony WH-1000XM4 over-ear headphones? They are exceptional, and by far the best I have ever owned. Although you probably already expected that.

With the fourth-generation of the company’s insanely popular wireless headphones dominating 2020, Sony has once again come out and reclaimed the throne, defending against the likes of Bose and Sennheiser, taking what was achieved with remarkable efficiency on 2018’s XM3 model and adding small but meaningful improvements.

The biggest step forward here is just how smart the active noise-canelling has become, with a new Speak-to-Chat feature and much better built-in mics. The way Sony has played around with ANC will surely influence the wireless headphone market down the line, but even for a first move this feature is seriously impressive.

Although that’s not to say the XM4 is a flawless piece of tech. Certain omissions have made what could have easily been a perfect device leave room for improvement. 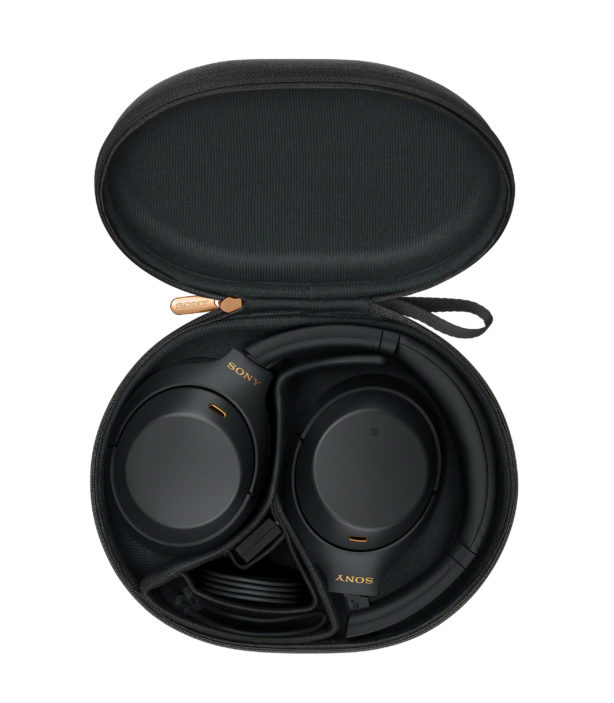 The Sony design team have obviously found a look that works, and they’re sticking to it like glue. The XM4 headset is almost a mirror image of its predecessor, although there are a few slight changes that go far in making the foldable set feel a bit more luxurious.

For starters, Sony has used more padding for the earpads, so they are softer and gentler on the ears to help longer listening sessions. The headband is also slightly wider, making the XM3 feel tight on comparison, and adding to the lightweight feel. Similarly, the hinge has been slimmed down, as have the two – ‘Power’ and ‘Custom – physical buttons which aren’t as thick, aligning with the elegant profile much better.

A bit on that ‘Custom’ button. It functions exactly the same as the “NC/Ambient” button on the XM3. You can map it via the app, either to switch between noise-cancelling and transparency, or summon Alexa/Google Assistant/Siri. A long press will also activate calibration mode, which optimises performance based on the shape of your head.

In the little room for improvement that the XM3 left, the design team has made incremental but welcome physical changes. Other than that, things are much the same – you’ve still got the 3.5mm headphone jack – cord included – and USB-C charging port on the right ear cup, kept simple with no clutter.

New to the packaging is a useful adapter for airline entertainment systems. That could be considered a bit of a tease right now, seeing as most of the world remains grounded, but it’s a very welcome inclusion given that this is the perfect travel companion.

When they’re resting around the neck, the cups can be rotated flat to make them fit better without jutting into your skin.

It seems on-board touch controls have also been refined and respond much faster, without being overly sensitive. Although trying to stuff too much functionality does come at a cost. More on that below where I talk about the new Speak-to-Chat feature.

Sony has missed the chance to communicate any IP rating for the set, so it’s safe to assume that there is none. This isn’t a rugged pair geared towards sports-enthusiasts, so keep this away from splashes and store it in the snug carry case to be safe.

Special credit much to be given to the case. It’s not remarkable or unique in any way, but just a well-designed, spacious storage with a mesh pocket at the front so you can stuff in a few cables without them getting in the way.

In terms of colourway, you’ve got the simple choice between Black and Silver (Platinum). Both are attractive, but – and I have the black – I would think the silver would be a bit more prone to fingerprints and dust. The black stays looking clean no matter how long I leave it out of its case. 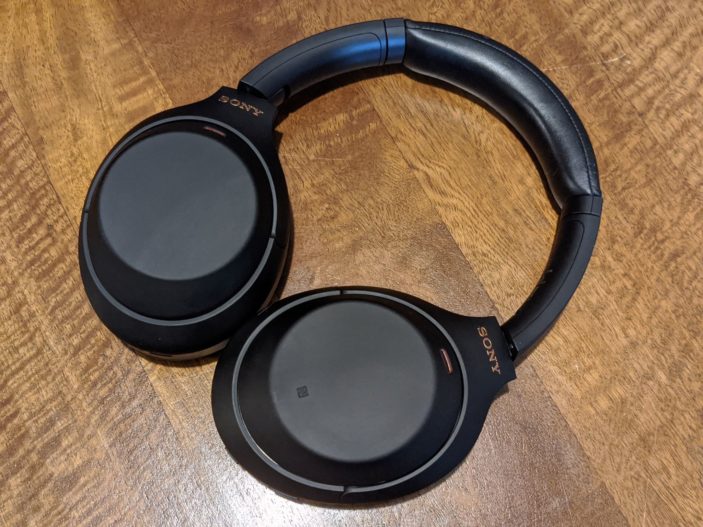 If you’ve already heard what the XM3 can do, then you know what Sony’s QN1 chip is capable of. It’s been tweaked even further to improve digital signal processing, giving you the option – via app – of enabling what the company calls DSEE Extreme. With this feature turned on, Edge-AI is engaged to analyse music in real time, upscaling and restoring it from its original source to have it sounding as faithful as possible.

The result is tremendous. With a nuanced low-end capable of picking apart even subtle changes in bass – the ‘bass test’ at the start of Juvenile’s “In My Life” is good for this – warm mids and clear highs, the balance is as impeccable as any I’ve heard with a personal audio device. It’s hard to distinguish the sound signature from the XM3 though, but there do seem to subtle improvements in the smaller details, with a wider and more open soundstage – uniformly excellent regardless of what genre is pumping out of those cans.

Sony’s also pushing the 360 Reality Audio feature that’s only compatible with specific subscriptions, such as Amazon Music, Tidal and Deezer. The high-resolution streaming tech requires users to snap shots of their ears so the software can individualise sound. But support is still quite limited when it comes to content. The value in this remains to be seen.

One common complaint with the XM3 was to do with the five built-in microphones not picking up your choice clearly enough, so anyone on the other end of a call would have trouble understanding you. Sony has used Precise Voice Pickup technology to tackle that criticism, and it seems to have somewhat fixed things. Calls still sound soft, on both ends, but voices are clearer and much more intelligible. The mics also come into play for ANC and Speak-to-Chat, which I’ll discuss in more detail below.

The sensor is now located just inside the left earcup, and detects when you have removed the headphones to automatically pause any audio. This works similarly fast to the XM3 and is a nice way to conserve battery while also adding to the seamless day-to-day use. However, it’s not always accurate. There were many times when I would slide the headphones down around my neck, but still hear the music pumping out of the cans. I never had an issue when I physically removed the headphones from my body all together, so it appears that the sensor still thinks they are in use if all they’re doing is sliding down to your neck.

You get Bluetooth 5.0 here so expect some solid range from your paired device, but you can also connect to a device via the NFC sensor on the right ear up. Having both options ups the flexibility of the XM4, but most users would go with the Bluetooth pairing anyway.

Android’s Fast Pair also ensures that connection is almost instantaneous. Entering pairing mode is simply long-pressing the Power button after the cans are turned on, with a robotic “Bluetooth pairing” voice indicating that it’s go-time.

Sony now allows for multipoint technology, so the XM4 can be connected to two devices at once, without the need to manually pair every time. It’s a big inclusion for some people, and largely works without issue. I have the XM4 connected to both my Google Pixel 4 XL and LG CX, and it’s smart enough to instantly know which one I’m using at the time.

All’s well with Bluetooth, except for one glaring omission: aptX. The XM4 has ditched the codec, but instead replaced with SBC, AAC and LDAC support. I would rather aptX, especially since latency can be downright horrible when paired with a demanding device like my LG CX smart TV. Most streaming is fine, but there are more than a few instances where the audio and visuals fall completely of the sync.

ANC is where the XM4 sets itself apart from competing high-end headphones. The improved mics, as well as the chip refinements, means that the headphones are much more efficient at picking up and blocking out external noise, and even better at letting ambient noises in.

I’d say Sony have placed much more emphasis on situational awareness, making it easier to quickly dull the ANC so you can have a conversation or hear announcements, and then hop right back into your own private listening session.

Dual Noise Sensor technology helps the QN1 chip analyse and filter sounds out in real-time, which is taken even further by Adaptive Noise Cancelling – a feature that may be a bit divisive to some. The noise cancelling is good enough without “Adaptive” turned on – like all features, toggle it via the app – as the headphones are overworked when it comes to detecting when you’ve changed environment and tempering the level of noise cancellation accordingly.

Every time you change location, the music pauses for a brief moment and you get a jarring chime sound to let you know that the headphones have registered a change. This feature is too sensitive, and I found even walking from one room to the next would activate it. Turn it off for a better experience.

The most consistent noise-cancelling feature involves you simply having to hold the right earcup to instantly lower volume and briefly let external noise come rushing in. This allows you to have quick conversation – such as ordering coffee – without needing to take the headphones off. Simply removing the hand brings the music back as normal. It works well and is by far one of the best new features of the headphones.

Speak-to-Chat is another angle to the intelligent ANC. With the mode on, the headphones recognise your voice so that anytime you talk the music pauses and allows you to have a conversation. The music resumes 30 seconds after you’ve last spoken, but simply holding the right ear cup brings the sound back sooner. It’s impressive, and works consistently, although I’d rather be able to toggle it via the app only, as turning the mode on and off via the on-board touch controls can be easily confused with other functions. There were many times where I accidentally turned Speak-to-Chat on accidentally while laying down.

It seems the battery hasn’t really changed from the XM3. There’s still that promise of 30 hours of constant playback, although that’s not entirely accurate. I would get around 20-25 hours of use with this, which is still quite the impressive feat and should easily save you the hassle of charging it up every night.

A simple long press on the left earcup tells you how much battery you have left, although it’s either “low”, an approximate “about 70%”, or “fully charged” – it’d be much more impressive if the robotic voice could tell you the exact percentage.

One thing that seems to have improved dramatically is how blazingly fast these charge. I could get five hours of juice in just 10-15 minutes. 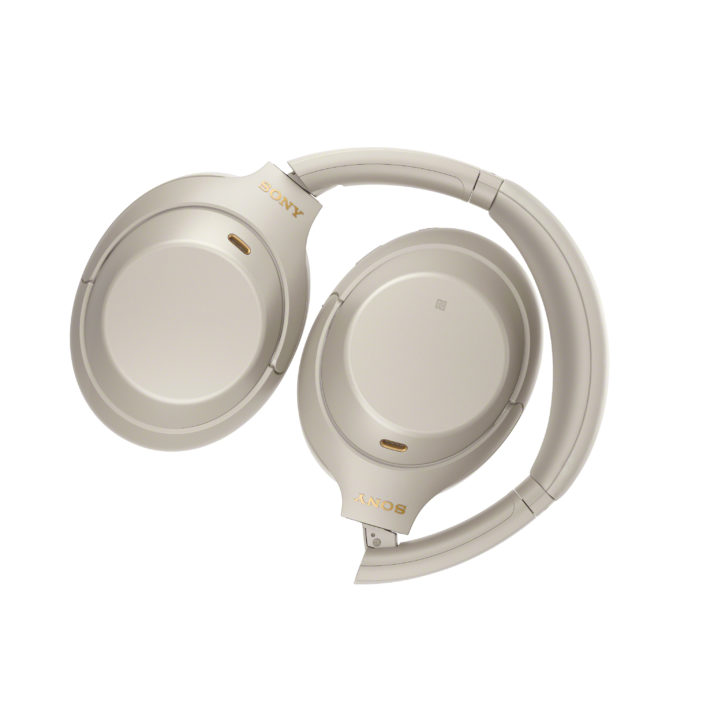 No headphones that I’ve tested sound as good as the XM4. There’s just no two ways about it. It also helps that Sony has really started to play around with active-noise cancelling and transparency, showing how nuanced this technology can be when its done right.

That just adds to the seamlessness of the typical daily listening session, making it so you can get away with not even having to lift the cups off your head during conversations or to hear any announcements during the typical commute.

Although I’m really feeling the effects of Sony’s decision to scrap aptX, and while calls are much clearer than they were before, volume is still quite low when it comes to communication.

Given that the headphones are a lofty A$549, you’d expect the best. You more or less get that, but there is still room for improvement.

Review based on a unit supplied by Sony.