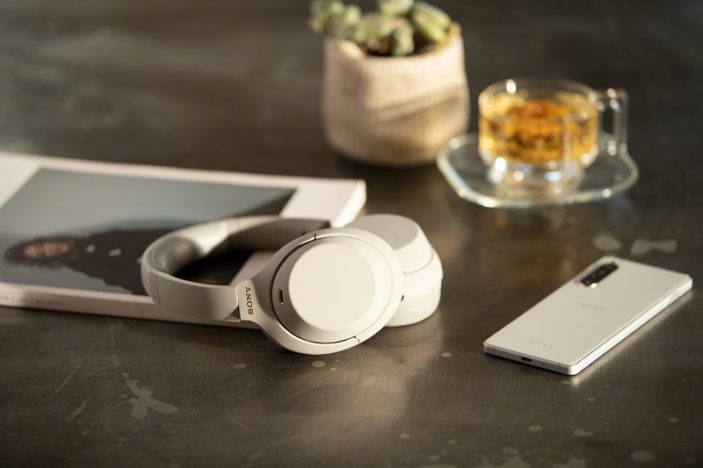 When Sony released its WH-1000XM3 over-ear headphones in 2018 it seemed to company had finally bested competition and delivered what is, even two years later, the best wireless noise cancelling headphones money can buy. Now, Sony are seeking the improve upon that with the follow-up WH-1000XM4 releasing in Australia mid-August.

Available in black of platinum silver, a pair of these slick four-gen headphones will run you up A$549.95, but in return you’ll get some exceptional sounding cans that now feature even tighter and more precise active noise cancelling.

Design wise, basically nothing has changed from the lightweight and minimal XM3. Although nothing really needs to, seeing as they are exceptionally comfortable even for prolonged use. You’ve also still got the AUX port, which now includes an adapter for in-flight entertainment systems – not much use now, but handy when air travel picks back up. 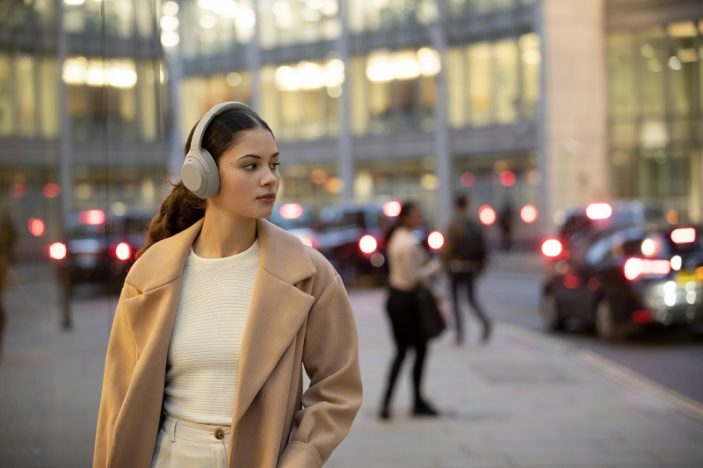 Noise cancelling will be an even bigger focus than before, with Sony promising real-time ANC thanks to a new System on Chip which senses and adjusts music and noise at over 700 times per second. The result will be a reduction of more high and mid frequency everyday sounds thanks the each earcup sporting two microphones, complemented by Dual Noise Sensor technology which captures ambient noise and passes the data to the powerhouse QN1 processor.

Adaptive Sound Control will also help to improve noise cancelling over time, using smarts to recognise locations which the user frequently visits (office, gym etc) and tailoring sound to suit the situation. Users will have to set up their frequently visited locations and preferred settings via the Sony Headphones Connect app, helping ambient sound settings automatically adapt based on movement between these environments. 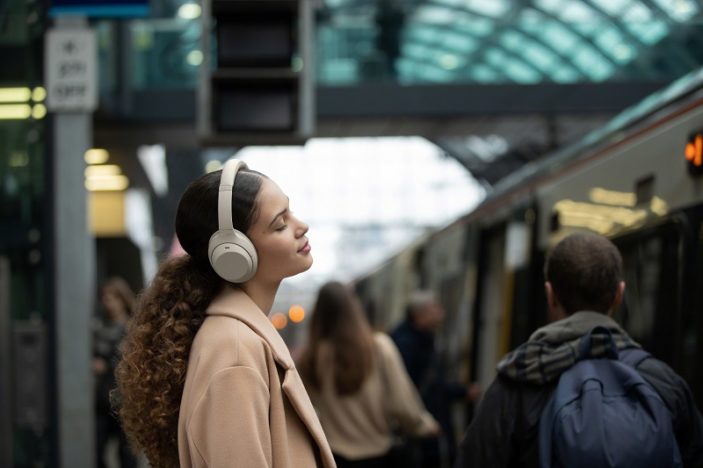 The headphones will work even harder to rebuild any audio lost during digital compression using a new DSEE Extreme DSP in tandem with Edge-AI, which analyses music in real time to restore the high range sounds and produce a more accurate soundstage. Seeing as how brilliant the DSP worked with the XM3, this is exciting news for those who want the headphones to maintain exceptional clarity and detail when listening to music, podcasts and other media.

Sony is also putting a bigger emphasis on their new object-based spatial audio technology, conceived as 360 Reality Audio which can be activated on the WH-1000XM4 as long as the connected Apple or Android device has a participating services app installed like Deezer or Tidal. The high-resolution music platform is said to enhance the listening experience and build music so that it sounds even more immersive, “as if you are right in front of your favourite artist.”

Speak to Chat and Voice Calls 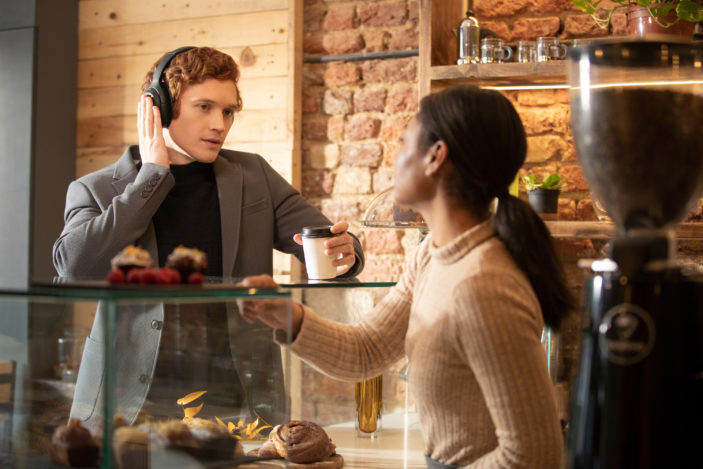 As good as the XM3 was, a common complaint was the clarity when making calls. Although there were plenty of mics in each cup to pick up voice, often the headphone user would sound a bit distant to anyone who was on the other end of the line.

It’s looking like Sony has addressed this with what’s being called “Precise Voice Pickup” technology, controlling the five microphones in the headphones to optimise audio signal processing to pick up voice clearly and precisely for hands-free calls and a new feature called “Speak-to-Chat”.

Speak-to-Chat will make it even easier to have short conversations without having to physically remove or adjust the headphones. The cups will recognise the users voice when they talk and automatically stop the music and let ambient sound in. The music will resume 30 seconds after the user has last spoken, which should help conversation flow for those that want to keep the headphones on.

Similarly, users can simply place their right hand over the earcup to decrease volume and let ambient sound in – ideal for listening to an announcement or speaking briefly to someone.

WH-1000XM4 promises more accurate proximity sensors as well as two acceleration sensors, working to automatically pause music when the headphones are remove and resume once they are put on again. This is also a power saving tactic, adapting playback accordingly as a function of whether the headphones are being worn or not. 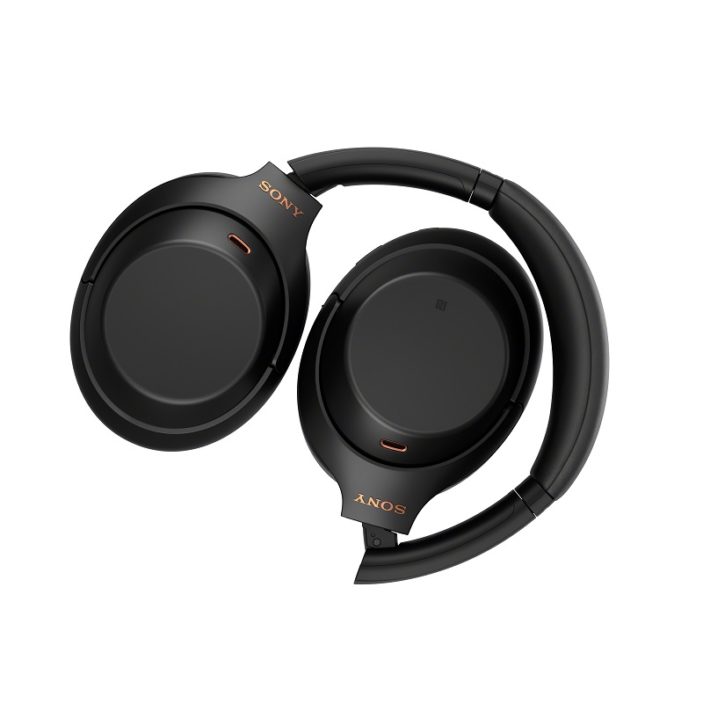 The other big new feature in these cans is multipoint connectivity, meaning the WH-1000XM4 can be paired with two Bluetooth devices at the same time and quickly switch between them with a single tap. The headphones are also smart enough to switch when necessary, for example, when one device is ringing but the cans are connected to the other – the headphones will automatically make the switch without the user needing to press anything.

Bluetooth 5.0 should keep the connection nice and stable.

The headphones are also NFC-enabled, which is to be expected from a pair this highly priced.

Support for Google’s Fast Pair function also makes the spec sheet, meaning easier and quicker pairing with an Android smartphone. This feature also allows users to ‘ring’ their headphones if they are nearby, working similarly to Tile technology.

Smarts come from both Google Assistant and Amazon Alexa, both for which the headphones have been optimised. 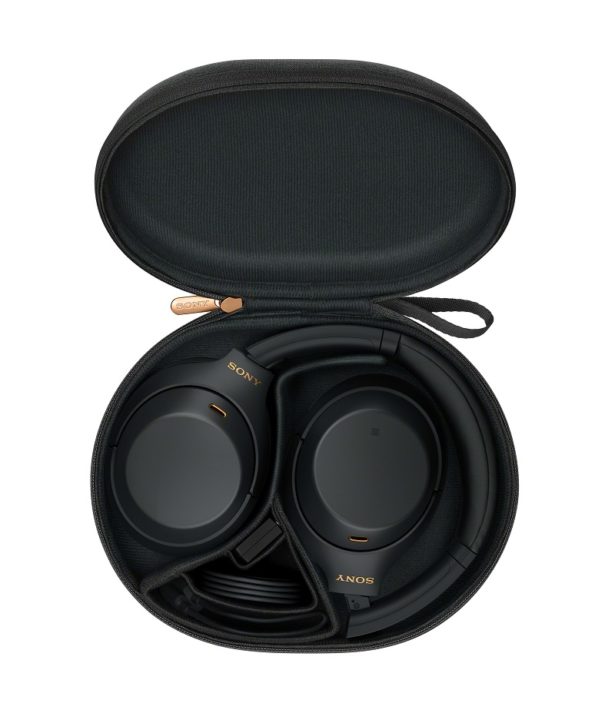 Sony are boasting a battery life of up to 30 hours in total, which is more or less the same as its the XM3. The difference here is speedier charging, which promises 5 hours of playback from only 10 minutes of juicing through the onboard USB-C port.

The Industry-leading noise cancelling wireless headphones WH-1000XM4 in Black and Platinum Silver will be available in Australia from August 2020 for SRP $549.95.