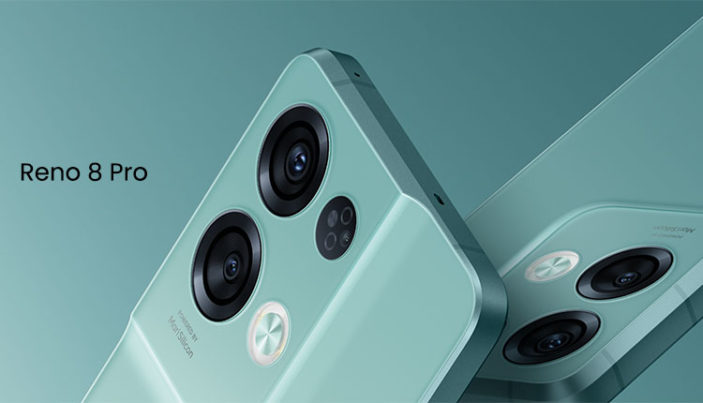 Oppo’s Reno phones have always proven competitive within the mid-range smartphone market. Compared to the likes of the Samsung A Series and even iPhone SE models, the Reno range has always seemed to pack in a multitude of progressive features and solid value that many enjoy as their daily drivers. Enter the Reno Pro 8. Sitting atop the new Reno 8 range, above both the Reno 8 Lite and Reno 8 respectively, this Pro-centric model dishes out a sleek, minimal design, solid performance, 5G support and an impressive camera setup.

However, sitting at AUD $1199, the alternatives might prove a little more popular in the long run, as the more premium Find X5 and Find X5 Pro models run so closely in terms of price, while presenting water resistance and a more robust and reliable camera setup, even if both phones share the same camera sensor at the end of the day. The core concept of value is still feels like it’s at the forefront for such a device, and it would be hard to turn any regular user away from its long list of inclusions and features.

I can describe the Oppo Reno 8 Pro’s design in one word; sleek. The angular design, brushed metal frame and smooth frosted glass back make for a phone that’s as appealing to look at, as it is easy to hold. We got out hands on the Glazed Green option, and it’s safe to say, this is the one you should go for. The vibrant mint-infused colourway is somehow graceful and vibrant at the same time, minimising many of the smudges my fingers may have left on a darker device, like the more traditional and aptly named, Glazed Black. The back glass panel is also complete with a glossy finish which begs you to leave the case off when out and about. The camera module is both large and confident, taking up almost a quarter of the device. It’s also slightly raised, subtly prompting your fingers to rest just below, gripping the phone without covering any portion of the camera, at least accidentally. 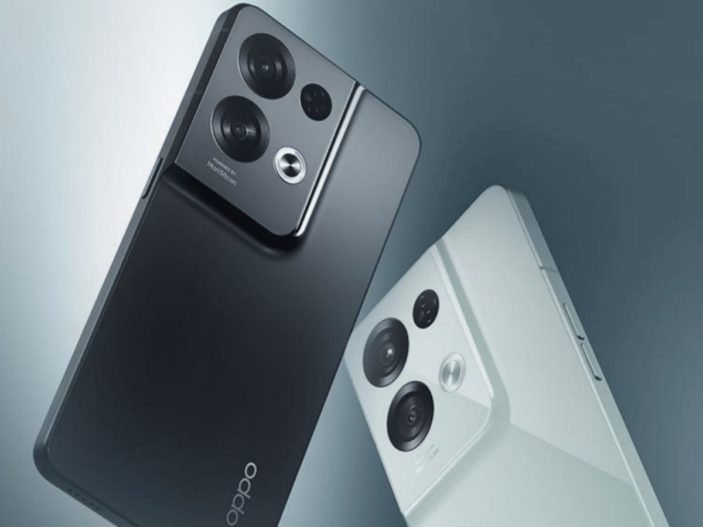 Beyond this, you’ll find all the usual side buttons where you’d normally expect, with a lock button on the right and independent volume buttons on the left, as opposed to the single volume rocker found on cheaper devices. Out of the box, I couldn’t help but notice the lack of any clear plastic case, a first for the brand. While I praised the design for it’s boisterous look, I would normally recommend protecting that sweet, frosted glass backing. The lack of any water resistance is also most definitely disappointing, considering similarly priced phones like the Google Pixel 6 and 6 Pro come with an IP68 water resistance rating. It’s understandable that it’s a feature reserved for either higher-end or flagship devices, but it’s a notably missing feature considering the remaining features included are so competitive with said flagships.

The flat panel also helps the larger 6.7 inch screen pop with slim bezels all the way around and the lack of any noticeable chin. The selfie hole-punch cut-out is nothing to write home about in terms of design, but doesn’t necessarily interrupt any viewing experiences. Once we get into the number however, you’ll find that the 2412×1080, HDR10 AMOLED panel on display is as sharp as you would expect and with the ability to roll at either 60Hz or 120Hz, as smooth as it needs to be depending on the situation. I’m glad that the option is there for the sake of battery life, which we’ll cover later on. The screen itself is also home to a verity of security options including a fingerprint scanner and facial recognition software, both of which feel responsive and snappy. 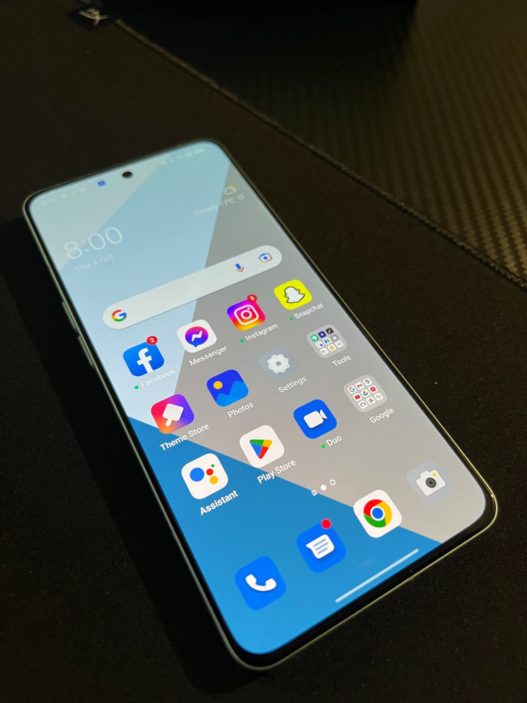 The display does hit peak brightness at 950 nits, meaning it doesn’t even come close to the 1300 nits that the Samsung S22 range provides, even falling short of the iPhone 12 at 1200 nits; a phone that is now 2 years old. It’s still respectable at this price tag and in no way diminishes the quality in majority of situations, but will struggle slightly only under directly sunlight. Unlike the Oppo Find X5 Pro, the Reno 8 Pro doesn’t utilise a LTPO 2.0 display, meaning the display itself can’t churn out that higher-refresh rate with efficiency in mind.

The Reno 8 Pro does ship with last year’s ColorOS 12 software skin, but it’s hard to argue with the clean and minimalistic look that Oppo has always prided itself upon. You’ll also find the MediaTek Dimensity 8100 Max processor packed inside, providing more than adequate performance for almost any game or graphically demanding app you can think of. My two weeks with the phone as my daily driver also proved to be incredibly smooth and bug-free. However, I did find that for the most part, gaming will make the Reno 8 Pro quite warm after only a few minutes with something like Call of Duty: Mobile, which I can understand is quite demanding, even on lower settings.

The Reno 8 Pro also provides 8GB of RAM and 256GB storage as standard, even if it lacks the ability to add an SD card for extra storage. On the bright side, The Reno 8 Pro’s 256GB option is also its standard, head and shoulders above even the highest flagship phones like the iPhone 14 and Samsung S22 Ultra, both of which start their range with 128GB of storage on offer.

The Reno 8 Pro also provides users with dual stereo speakers, producing sound from the bottom and top speakers simultaneously. It might seem unfair as my usual daily driver is an iPhone 13 Pro Max, but the sound from the Reno 8 Pro lacks most of the bass and clarity of generally lower notes, which might prove a crucial factor when considering things like streaming or consistent social media browsing. The speakers themselves are loud enough, but the lack of any audio processing leaves the overall sound quality feeling a little lacklustre.

The Reno 8 Pro has been graced with the MariSilicon X imaging chip, which launched in the Find X5 Pro earlier this year. What was then touted as a flagship exclusive has now been included here, allowing for a greater sense of both clarity for night-time shooting and colour vibrancy within photos taken during the day. But thanks to the impressive 50MP OIS-assisted main camera, taking photos will prove an easy dream for most users thanks to the straightforward camera app software layout. Photos taken during brighter days still look sharp and defined, while shooting at night can still provide some quality shots, even if they rely more so on the main camera and its sensor. 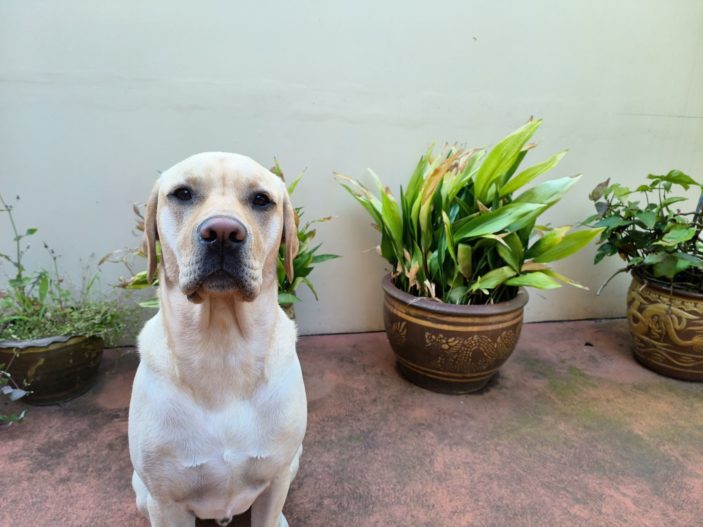 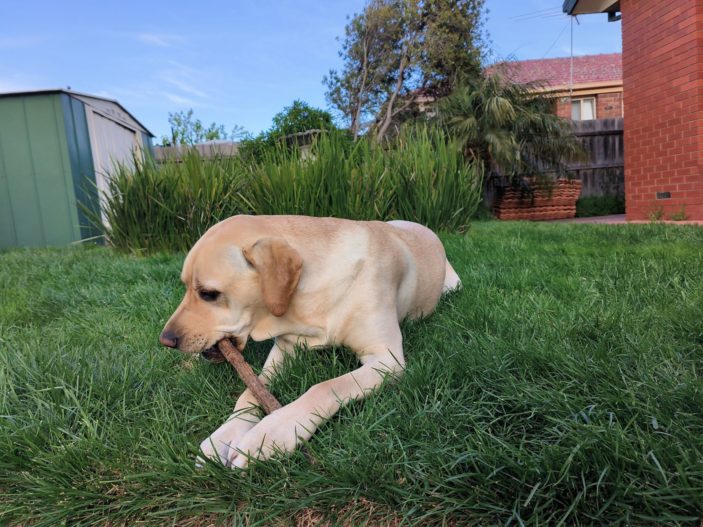 This is only because the alternative 8MP ultrawide camera and 2MP macro camera take a steep dive in terms of quality. It’s debatable if you should want to use the macro for those close-up shots, as main camera will produce the clearer picture when pinched and cropped. It’s not necessarily terrible, but unfortunately worse off if you’re beginning to rely on them. Shooting video content on the Oppo Reno 8 Pro is a step in the right direction, and retains much more lowlight consistency, even when shot in 4K. Footage taken at night is also crisp and clear while the AI processing does a great job at touching up and tweaking the vibrancy of otherwise darker colours and muddy textures. 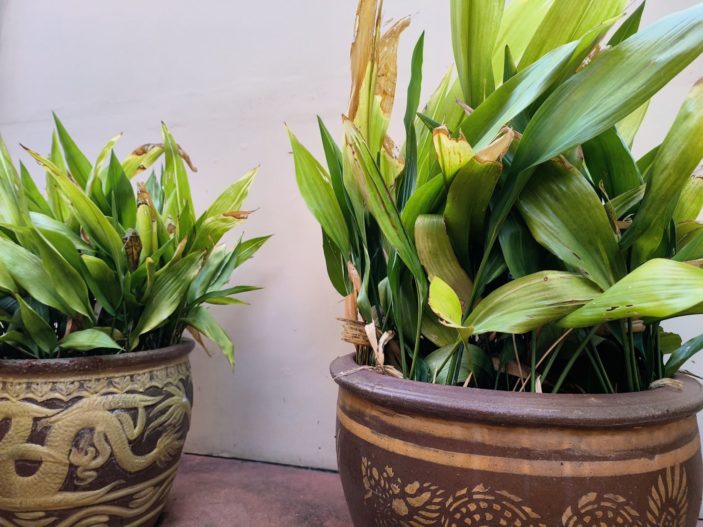 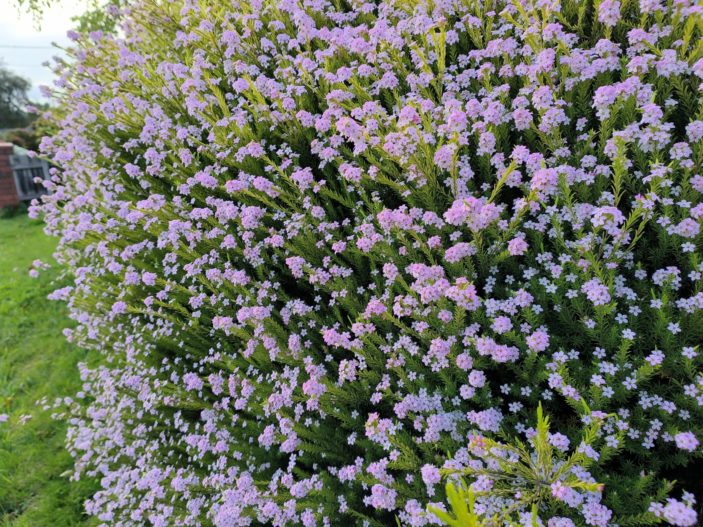 Thankfully, the 32MP Sony IMX709 lens found within the selfie camera is a true winner for a standalone option. Oppo’s software may go a little too far in smoothing out skin tones and blemished while blurring the background, but in an age of filters, provides a more natural look that might keep the editing tools away for that little while longer. 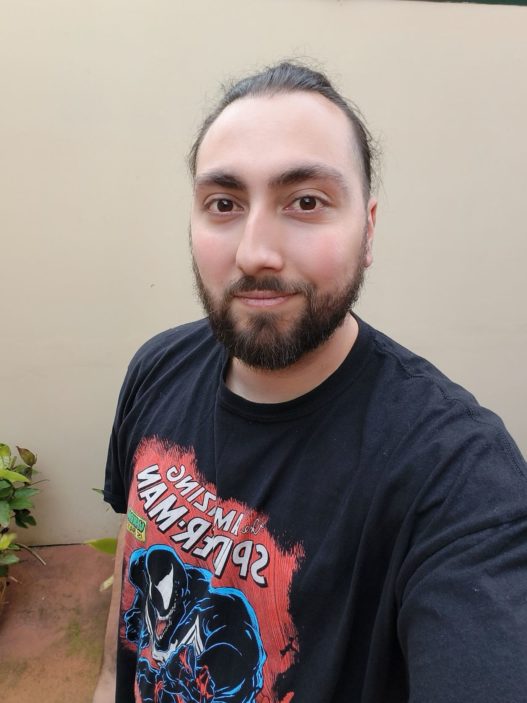 The 4,500mAh battery on board is adequate and on par with most phones at this price range. I still got a full day of use out of the Reno 8 Pro, from gaming to streaming, social media and general calls and texts. But at the end of the day, don’t expect that battery percentage to be any higher than 20-25%. Sure, there are ways to combat this, such as dropping the refresh rate to 60Hz, but I don’t think it would necessarily save you much in the long run. The lack of an LTPO 2.0 display also hurts the 120Hz refresh rate, which ultimately uses more power to achieve the same desired result.

Thankfully, the Reno 8 Pro ships with an 80W SuperVOOC charger in the box, and still stands as an absolute game changer for both the brand and phone itself. I’m sure debates will start to revolve around a phone that either provides longer lasting battery but charges slower, or a phone that doesn’t last as long but charges like this. You’ll find the Reno 8 Pro charging from dead flat to full capacity in around 45-50 minutes, so you’ll rarely be waiting too long for a quick charge that will at least get you through the rest of that evening or into the next day.

The Oppo Reno 8 Pro feels like the jack of all trades for its AUD $1199 price point, thanks to a reliable processor, gorgeous 50MP main camera and 80W SuperVOOC charging. It might seem like I’ve been criticising all of its shortcomings as a phone to avoid, but I think that’s quite the opposite. Depending on your usability there’s plenty to love about the Reno 8 Pro, and I would dare say it’s one of the better pound for pound phones on the market at this price point, should you be interested in either Oppo or Android phone alike.

But if you’re looking for those other defining features like a brighter screen, bigger battery, expandable storage, quality macro and ultrawide cameras and premium sound, you might want to weigh up the competition.

Review based on unit supplied by Oppo.