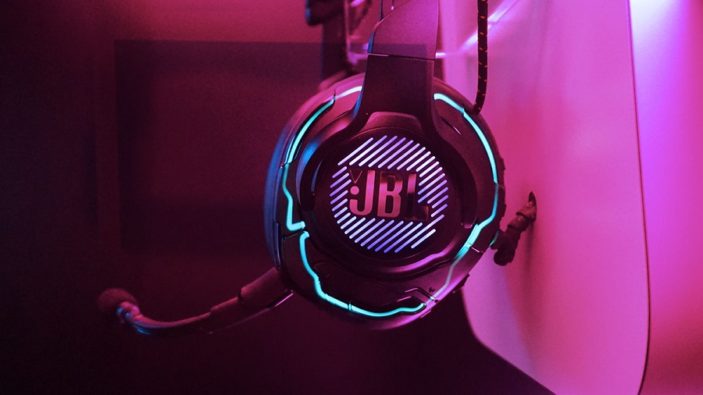 As JBL’s new flagship gaming headphones, the Quantum One packs a lot of punch into a hefty price tag. And although it asks a lot, it gives quite a bit in return, performing well across comfort, audio, and versatility both as a PC and console set.

For players who have just picked up a PS5 of Xbox Series X|S, it’s going to be worth looking towards some of the feature-rich gaming headphones on the market, which is an area JBL has obviously wanted to go hard in, seeing as the brand has to date lacked punch in the gaming world (a world that’s far more lucrative than audio, mind you). The Quantum One is an impressive premium entry, although it falls short of higher-end sets from brands that have been in this scene much longer.

Regardless, there’s enough flexibility here to justify such a high price tag. In addition to playful aesthetic features like programmable coloured lights, there’s simulated surround sound, accurate motion tracking, and solid active noise cancellation for those who really to laser in on their multiplayer sessions. 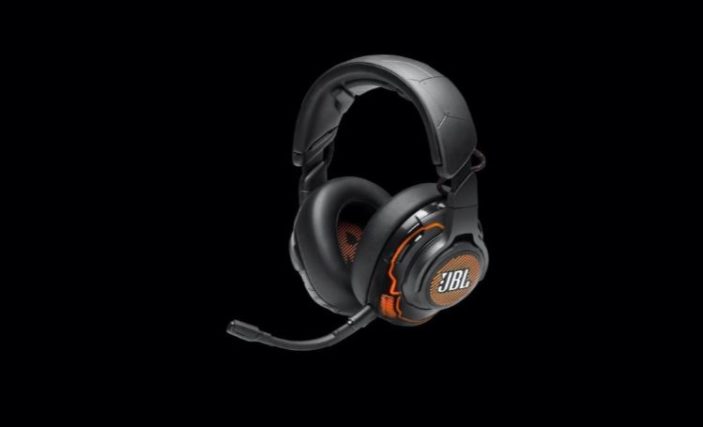 JBL has always been flamboyant as a brand, and the Quantum One is certainly no exception when it comes to a playful, youthful design. Though it may look like a typical pair of sleek black over-ear cans, plug it in (to a PC) and the RGB LEDs kick in through the back of each earcup, throwing all kinds of shapes to double down on the futuristic look. Use the JBL QantumEngine smartphone app (or Windows software) and you can easily program the lighting patterns from a wide range, giving you complete control over the lighting show, whether you want it subdued or ostentatious. Notably, the app lets you control many aspects of the headphones as well, so it’s well worth getting your head around the comprehensive features ahead of whatever intense multiplayer session you’ve got coming up.

The headset is light and comfortable on the head, with a flexible clamp and cushy, ventilated headband with memory foam ear cushions. And that’s exactly what you want over longer gaming sessions. JBL has been exceedingly generous with comfort here, and it’s more than enough to woe gamers over from more established gaming brands.

The easy-to-use chat mixer can be inputted into the set via a USB-C port on the left earcup, sitting next to a number of other ports like the 3.5mm input, a connector for the removeable boom mic, a calibration mic, button for muting the mic, one to toggle ANC, a volume wheel, and a button to re-centre the head-tracking function. There are no such controls on the right earcup – the odd balance meaning you pretty much never have to take your right hand away from your controller / keyboard.

PC users get to play around with the efficient, but tiny, chat mixer. But functionality here is just confined to balancing chat audio with game audio; there are no other controls like more high-end chat mixers.

The audio performance is faultless, especially when working with the motion-aware spatial audio feature for PC users, where sound would recalibrate based on the position of your head. I’m not a hardcore PC gamer though, so my use was largely on PS5 and Xbox One X, giving me exceptionally detailed sound so the full force of a title like Demon’s Souls (PS5 remake) could be felt.

Demon’s Souls is full of snarling monsters and faint cries from hidden enemies, and using the headphones I was able to pinpoint exactly where NPCs were. Having that kind of spatial awareness through sound is incredibly useful. This was even more impressive when I jumped into a multiplayer Call of Duty session, with the cans picking up every rustle and reload to flex the game’s considerable muscle.

Still, the PC-only features are sorely missed when gaming on a console. Spatial audio tracks incredibly well and for my occasional bumps in the PC version of Fortnite, proved valuable when navigating the survival title.

One feature I wasn’t so impressed with is the proximity effect of the detachable boom mic. While the boom mic is fine for voice chats, I’d find that it wouldn’t pick my voice up clearly unless it was too close to my mouth for comfort. Still, the boom mic is great quality and can perform well if it’s in the right position, and its flexible enough to get in really close to your mouth without serving as a distraction.

These are truly some of the best sounding gaming headphones I’ve tested, and even without the full suite of features from having them connected to a PC, I’d recommend them to a console gamer looking for a good pair of cans. Although the sweat-inducing $500 price tag is a bit ambitious for a pair of gaming headphones that only allow PC users access to the more high-end specs.

It’s clear JBL wanted to impress with the Quantum One, and they have, but there’s definitely room for improvement. They’ve already got comfort and basic audio performance down to a fine art, now they just need to build up the other features so that they are consistent for all types of gamers.

Review based on unit supplied by JBL.