Jabra Evolve2 30 Review: the perfect value proposition for the office 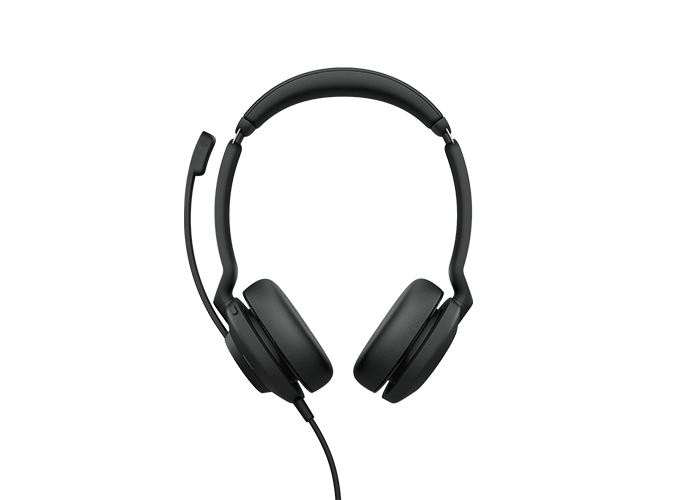 I’ve warmed up to Jabra fast over the past year thanks to their reputation for producing excellent sports-friendly headphones. But the enterprise side of the brand should not be ignored. The brand has long been known for creating some of the best office-focused headsets out there as part of their Evolve2 series, but the best are always quite hefty in price, a tag which could scare quite a few people away if their boss wasn’t fronting the bill.

That changes with the new Evolve2 30. At $120, it’s one of the most affordable office stereo headsets, ever, and works exceptionally well considering the low cost.

The headset is corded, so there’s no Bluetooth to speak of with the Evolve2 30. That’s good for precision and stability, but less so for those with an actual need for a Bluetooth headset. You’re obviously not going to be straying far from your workstation with this on, but the performance more than makes up for the lack of convenience.

The on-ear cups are incredibly comfortable for a headset so wildly affordable. The nice, cushioned earpads are effective, sized well – at least for my ears – and underside of the headphone is similarly padded. The lightweight frame certainly helps avoid the set feeling clamped on the head, although the fit can be rather tight.

The boom mic and all on-ear controls are located on the right cup, which includes a 3-button side panel for all typical playback and volume functions. A quick mute button is also here and is distinctive enough so you can quickly toggle the necessary feature on and off. There’s a bigger button on the right earcup’s outer panel to quickly answer and end calls, as well as interact with Microsoft Teams notifications.

As far as other design features go, Jabra have of course included a status LED on the right cup so co-workers can easily tell when you’re on a call.

Given the fit and comfort, there’s a decent amount of passive noise isolation to shut out most office sounds and focus in on the task at hand. For calls, there’s a boom mic that can be easily rotated as needed and can be flexed to a variety of positions. Point it straight up, lower it to the chin, or push it out of the way.

The mic is strong enough to pass requirements dictated by Microsoft Open Office, which mainly measure mics based on how well they block out surrounding noise and office chatter so you can heard much more clearly.

Internally, the headset features 28mm drivers with a nice boost to the overall sound signature – lighter than I would have liked when it comes to bass but otherwise beautifully balanced with a lot of presence in the mids and highs. The bright profile helps on both calls and when listening to music, but if you want a wider soundstage I’d go for a more expensive model, or a pair of Sony headphones.

The beauty here really is the noise isolation. This is a detailed feature of great precision that I’d typically expect from pricier models, but the fact that Jabra has included an efficient mic with something this inexpensive is testament to the brand’s dominance in the enterprise market.

If you were looking at more than $200 for this headset, I’d say you’re better off saving a bit more and going for something like the Jabra Evolve2 65. But those headphones are only slightly better, especially when it comes to music. The $120 Evolve2 30s do a tremendous job making up the value, and considering the cost I’d say this is one of Jabra’s strongest entries into the series, to date.

For those on a budget, there aren’t many others I’d recommend over this.

Device provided by Jabra for review.