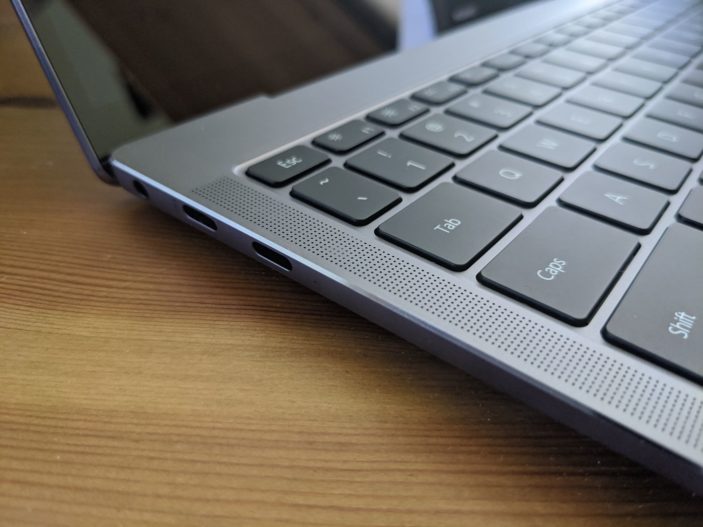 Huawei is known for rewarding high price tags with ambitious spec sheets, at least attempting to somewhat re-balance the tug-o-war between power and value. This year, that’s been most clearly demonstrated with the ridiculously pricey P40 Pro+, asking a lot, but giving just as much.

Balance is hard to achieve the more the price hikes, but with the high-end Matebook X Pro it seems the Chinese tech giant has nailed the juggling act. In Australia, the lightweight subnotebook (at least the Intel i7-10510U model) retails for A$3,299, dropping down to just over $2K if you are satisfied with slightly less powerful specs. That’s quite an investment, but one I’m confident users – especially if they are already in the Huawei ecosystem – will be able to stomach given how impressive this laptop is. 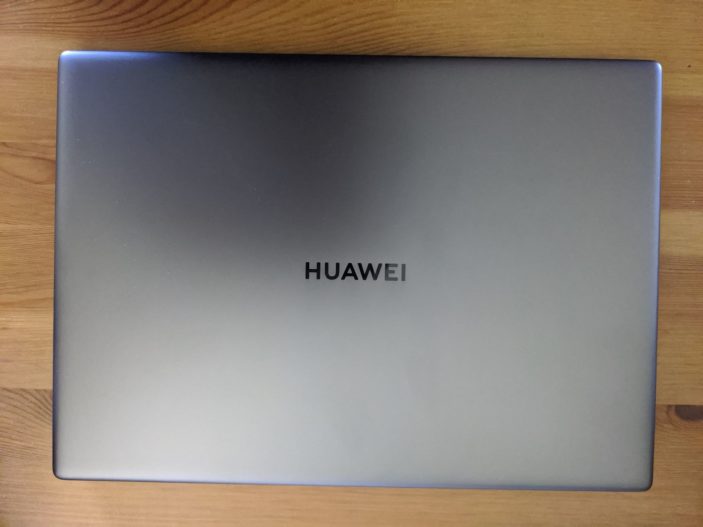 Huawei hasn’t really switched anything up from older models. The Matebook X Pro is still an incredibly well-built device, delivering on the promise of a thin, lightweight subnotebook that’s easy to carry around, at 14.6mm thickness with a weight of 1.33kg, and looks the part with a premium, seamless aluminium chassis. Diamond cut edges help the subtle smoothness come across really nicely, giving Huawei a truly luxurious feel both in the hands, and on the eyes.

The only issue I found with the screen was an inconsistent auto-brightness, with the light sensor perhaps not quite calibrated to adjust fast or accurately to the notebook’s environment. I’d often find manually upping brightness when testing this outdoors, as the sensor just isn’t good enough.

Scan the edges and you’ll find three USB ports, two for Type-C and one regular Type-A 3.0, and a headphone jack. There’s no dip back into nostalgia with any SD slot, but it’s hardly missed. 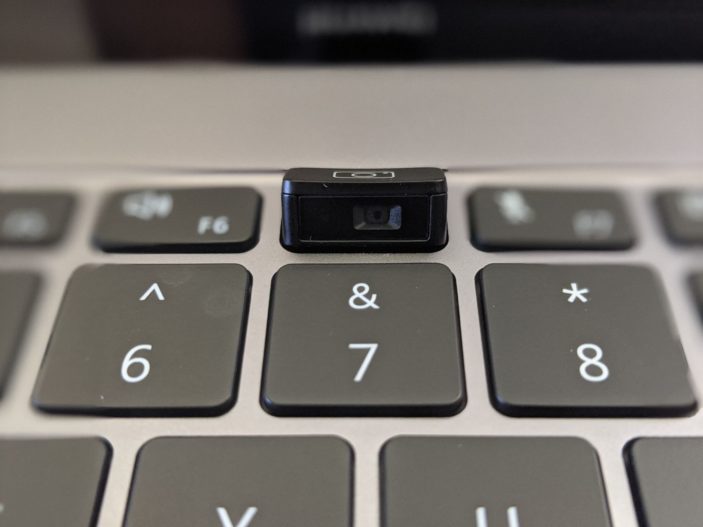 The notebook’s backlit keyboard is very well spaced and a breeze to type on, as pleasing to use as the large trackpad that sits beneath it. The most interesting thing to note here is, like previous models, Huawei have relegated to notebook’s webcam to sit under a pop-up key between Fn6 and Fn7. It’s a concept some other – though not many – laptops have made use of in order to take some pressure off the bezels. The problem with this is largely to do with the unflattering angle, with the webcam looking up – not ideal for video conferencing, which is an absolute essential in 2020.

Speaker grilles are located vertically on either side of the keyboard, totalling four speakers for what would theoretically be a wider and more detailed soundstage. Unfortunately, audio struggles with low-end, with bass sounding flatter the higher the volume goes, but treble is quite strong and voice comes across loud and clear. And loud really is the key word here; you can easily hear media from across a room.

For biometrics you’ve got the power button in the top-right of the keyboard doubling as an exceptionally fast and consistent fingerprint scanner, ensuring quick and intuitive start-up every time you pop the notebook open.

An NFC sensor has been positioned just below the keyboard for those in Huawei’s ecosystem to squeeze some extra functionality out of the design. Those who have a Huawei (or Honor) phone can take advantage of Huawei Share, an immediate file transfer tool that can mirror the phone’s screen on the laptop display and transfer files via tap. Huawei has always been exceptionally efficient at ensuring a functional, though insular, ecosystem, and this is a clear example. 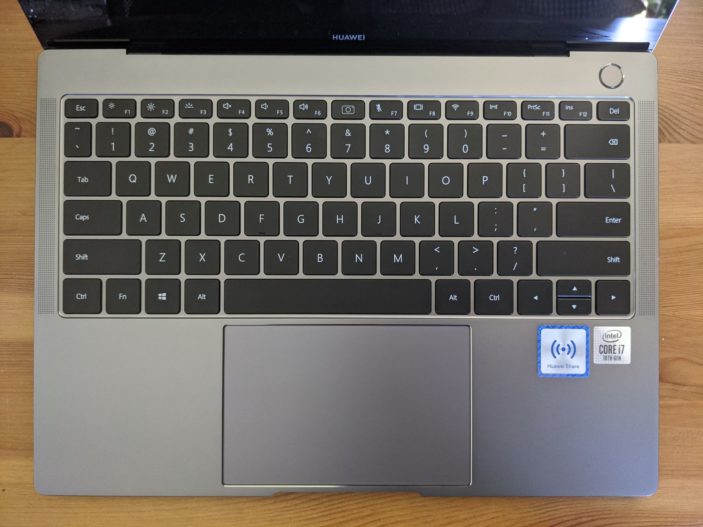 My review unit was the higher-end model, sporting that aforementioned Intel i7-10510U CPU (an i5 is included with the less expensive model) alongside 16GB RAM, 1TB SSD storage, and Nvidia’s entry-level GeForce MX250 graphics card. This is where the biggest improvement lies for the 2020 Matebook X Pro, besting those that came before it with a dedicated graphics card to give it some edge over competitors, who just rely on Intel’s integrated GPU.

The extra weight of your RAM’s shoulders will be of great benefit when it comes to moderate gaming, although the MX250 isn’t quite the powerhouse necessary for top-tier gaming. Still, Windows 10 runs incredibly well on this, and the typical user is unlikely to run into any issues when it comes to average, even intensive, use.

Huawei’s use of an LTPS display has a demonstrably positive effect on its 56wHr battery. While the company’s claim of 13 hours of local video playback aren’t quite on the mark, I’d be surprised if you weren’t getting at least a solid 11-12 hours out of the device. A full work session with modest use should cause no issue for those who are unable to charge throughout the day. That battery life cuts to about half if you’re relying on Wi-Fi with the display at peak brightness, which would be much easier to stomach if the X Pro supported fast charging (you’re looking at just over 2 hours from a 0-to-100 charge)

Having a dedicated GPU has given Huawei the generous bump it needs to sail over the competition. Performance is strong, design is solid (save for that very unfortunate webcam position), and those who are already in the Huawei ecosystem can expect an extra layer of convenience from the laptop-phone relationship.

That’s mostly good. But a few slip-ups have made substantial dents in the value, given this isn’t exactly a modest investment. The webcam would be the biggest gripe, particularly because of the current trend of working-from-home and the need for strong conferencing features. Peripherals fix this of course, but when you’re forking out this much, you shouldn’t need anything extra.

Review based on unit supplied by Huawei.