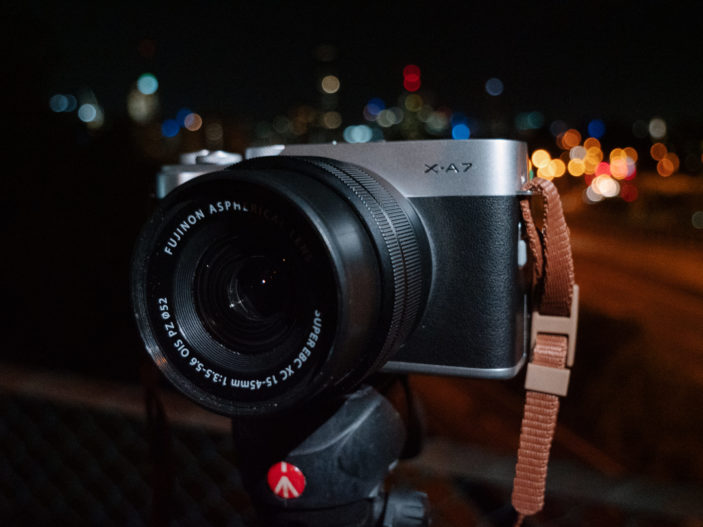 Fujifilm’s X-A7 may be intended as a step up from smartphones for new photography enthusiasts, but it goes so far beyond just being a phone alternative. With a fully articulating large screen, lightweight body, mic input and face and eye detection autofocus, it’s a strong contender for an affordable and effective content creator’s or vlogger’s camera too. Fujifilm claims users will be able to “make the most of the camera without all the photographic schooling” – so is it true?

Pretty in the hand

24.2 megapixel APS-C sensor, copper-wired for high-speed data readout and offering 4K video up to 30fps plus a handful of HD high frame rate modes: the X-A7 covers everything you could want from an entry-level mirrorless interchangeable lens camera in 2020. It retails for under $1000 Aussie dollars even when bundled with the kit 15-45mm lens, and it also looks fantastic. Modeled after the classic rangefinder, the design nods to the film cameras of old but with a modern twist in its available colour ways: camel, silver, dark silver and mint green. I’m all about that mint green! But then I’d want my camera IN all my photos, especially flat-lays, which would push me back to taking the photos with my phone, which defeats the purpose. I digress. 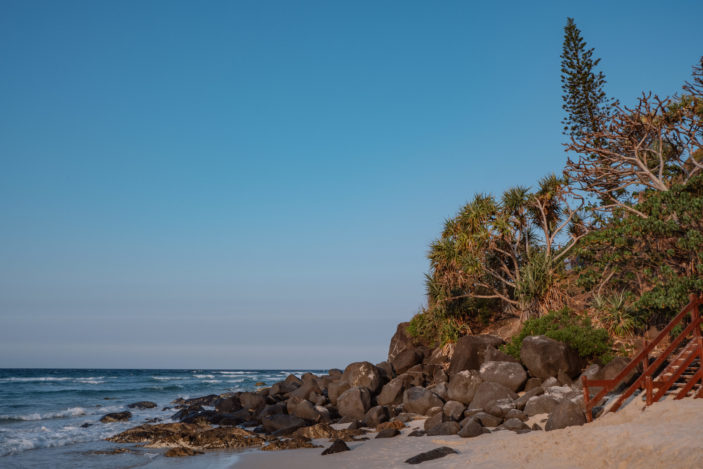 In some ways, the X-A7 is very no-nonsense and straightforward. In others, it makes very little sense, and can be quite frustrating. I’ll talk about the good features first.

The body design is sleek, with minimal controls – only five buttons, three wheels and one joystick control the settings, and most of them multi-task. The on-off button is convenient and not easily pressed accidentally, and the kit lens doesn’t need to be extended separately – it extends automatically as you turn the camera on. The most common shooting conditions all warrant their own place on the mode dial – night, sport, landscape, portrait sit alongside full manual and semi-automatic modes – but those who want to keep it to a point-and-shoot arrangement can select SR+ mode and let the camera make the decisions – which it does well.

There is no in-body image stabilisation, but the 15-45mm kit lens does offer some stabilisation of its own. The sales page describes the lens as “versatile… to produce unique, high quality videos that can’t be created in any smartphone or entry-level compact camera.” I’m not sure I’d be calling it cinematic anytime soon at f3.5-5.6 maximum aperture values, but I’ll agree it sports a versatile focal range – the equivalent of approximately 24-70mm on a full frame sensor, which can get decent results in just about any situation.  The mic input is located to the side of the camera, right in front of the flip-out screen, and there’s a hotshoe on top which could mount a shotgun mic, making it a great option for run-and-gun vlogging if you don’t mind a bit of handheld shakiness.

Face and eye detection on the X-A7 performs wonderfully. It locks on easily, doesn’t give up, and even continues to detect faces in profile. It also takes low light in its stride, which is rare for a camera in this price range. I tested it out at its highest possible ISO, 128000, and while the resulting image is soft, it isn’t especially grainy. I wouldn’t be printing it on a billboard anytime soon, but for a day to day happy snap it’s absolutely not a photo I would throw out, which is astounding.

One of my favourite features on the X-A7, and one that would have brought me endless joy in the days before I learned how to use a camera on manual settings, is the Light Trails function. Tucked within the mode dial’s SP mode, when Light Trails is selected all you have to do is frame your shot somewhere where cars are passing at night, choose your focus point and press the shutter and the camera will automatically produce a perfectly exposed light trails shot. It does this by taking multiple 2 second exposures throughout your “recording time” and stacking them in-camera to make one resulting jpeg file, and you can watch it happen in real time. It’s like ASMR for photographers, and it takes a lot of the hard work out of making a similar image the “long way”.

On the flip side, anyone wanting to delve further into the camera’s options for creative film filters, further scene presets and so on are met with the least intuitive navigation I’ve ever come across. The standard menu, accessed by the menu/ok button to the right of the screen, is fine if you’re coming from a background with other digital cameras, but if your only context is tapping the screen of your smartphone you might find yourself lost. Some of the menu categories feature more than one page of options, which you can’t scroll through with the touch screen – if you try you’ll find yourself in options for a setting you didn’t plan on selecting. You’ll have to use the joystick located above the menu button to move up and down through the menu. The Q menu, for quick exposure options, must be accessed via an arrow tab on the screen and is, by contrast, fully touch-accessible.

Also touch-friendly are the various “scene position” options for SP mode – presets for specific contexts like snow, flowers, fireworks – where unlike the vertical menus, a sideways touch screen scroll is somehow possible. This menu inconsistency and ambiguity had me very confused, as as someone who I prides herself on speaking camera fluently, I worry that it might completely overwhelm someone who is used to the tap-and-swipe simplicity of a phone – and is probably looking for that functionality in their digital camera as well. The Aussie sales page for the X-A7 promises “simple, familiar controls at your fingertips”, but I can’t agree that’s always the case.

Another example of the X-A7’s confusing navigation, and to access a main feature – this camera offers some wonderful video recording options, as well as a microphone input and flip-out screen, which makes it a great option for vloggers. Yet it took me a solid few minutes of exploring the camera to work out how to make it record video at all. There’s no dedicated little red video-stop-start button, nor a video mode on the mode dial. Video options were available in the menu, and I’d set them to what I wanted, but how to actually USE them? You have to hit the drive/delete button, located above the screen beside the playback button, and change the drive mode to movie – the last of nine options in a vertical menu – with the joystick. WHY?!

Different on-screen controls pop up in different shooting modes that will presumably support that earlier claim to help you “make the most of the camera without all the photographic schooling”; in Advanced Filter mode an exposure compensation slider appears; in SR+ mode there’s a slider for portrait enhancement (midtone detail control for skin smoothing) and depth control. Yep, that’s just an aperture control by another name. And just quietly, photographic schooling in 2020 can be done for free on Youtube, and smartphones are starting to offer manual shooting modes, so really there are no excuses.

Finding your way around the camera notwithstanding, it performs wonderfully – the autofocus is fast and accurate, it handles low light well enough, face detection and a skin-smoothing portrait mode make it great for the Insta-selfie crowd and it can grab up to 440 images per charge, which isn’t a great many in the age of spray and pray shooting but should get you a solid couple of days worth of travel sightseeing shots before you need to charge it up again.

There’s no electronic viewfinder on the X-A7 – only the screen, but it’s a lovely screen. It takes up most of the body real estate at the back of the camera, but it’s sized for a 16:9 ratio so it only really gets to show off for video. There’s also a pop-up flash that tucks neatly away into the top left corner of the body, and HDMI and USB ports.

While the learning curve is steep, for the price and the performance, I’d say it’s definitely worth powering through those issues. The X-A7 exceeded my expectations, and could be a great fit for a lot of shooting situations – far beyond that big overseas trip or #sponsored selfie. Take that, smartphone.

Lowlights: Tricky to get the hang of