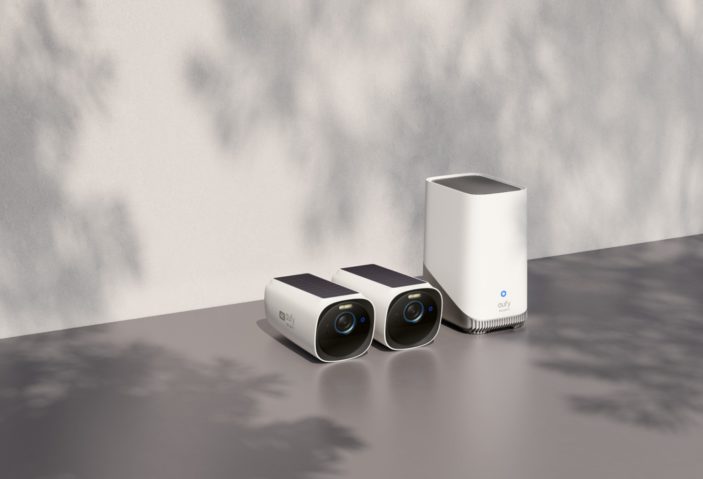 Eufy are no stranger to the security camera game, having previously pumped out 2 generations of security camera line-ups with varying degrees of camera quality, battery life and overall versatility. We’re taking a look at the EufyCam3 bundle, comprising of two S330 Eufy cameras and brand new Homebase 3. While I had previously been using the EufyCam 2 security cameras about the home, I can gladly say that both the cameras and Homebase alike are a solid step in the right direction, providing many of the features Eufy cameras are known for, like solid battery life and no subscription fees. While the price may seem a little steep at AUD $1199.95, newer nifty additions and features like 4K camera quality and an in-built solar panel, undoubtedly push the market to new heights.

If you’ve used Eufy cameras before, particularly the EufyCam 2 Pro cameras that come with a 365-day battery, there’s not really much to write home about. Make no mistake, these cameras look good. They’re minimal and sleek and while slightly wider than the previous EufyCam 2 Pro, bound to fit into most corners of the house, both in and out. The new and improved Homebase 3 also includes a spot for a dedicated 2.5 SATA SSD or HDD for additional storage. While Eufy has always drawn customers in for its on-board storage, you can now add up to 16TB of additional storage, which is way ahead of the curb in terms of storage volume. I do however recommend grabbing some extra storage at the time of purchase, as the 16GB of internal storage is simply inadequate for modern standards, due to the increases camera quality and occasional firmware updates, which are housed on the Homebase’s internal storage. But thanks to an easy access hard drive slot, all you’ll need is a screwdriver to access the port and it’s pretty much plug and play from there. 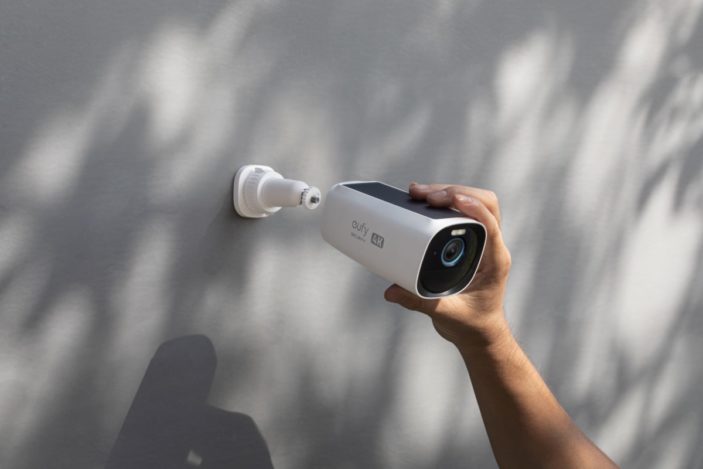 Setup is also incredibly straightforward and user friendly. While we’ll touch on the Eufy app later on, it’s worth noting that the setup process for both the homebase and two cameras took around 10 minutes, including a firmware update. The only downside is that the Homebase currently needs to be plugged in to a router for internet access. Previous iterations of the Homebase had included Wi-Fi support, and while Eufy intend to add this at a later date, it can fee a little limiting. But once you’re connected, you’ll simply need to hold a dedicated sync button on each device when asked, and the app takes care of the rest.

In terms of outright camera quality, the EufyCam 3 is fantastic. Footage is clear and crisp, and with 8x zoom, you’ll be able to reach those far corners of your house, front or backyard with ease. While the cameras record in 4K as a default setting, it’s worth checking on your internet connection and capabilities, as the experience involved with recording and streaming footage can weigh things down. The only gripe I had with the overall camera quality was its night vision. While the EufyCam 3 does a solid job at capturing things at night, it loses some of its quality and reliability at further distances. The quality isn’t as grainy or oversaturated as the EufyCam 2 range, but I would certainly recommend activating the included spotlight for better quality, while aiding the software recognition technology.

Thanks to built in solar panels, you’ll rarely ever need to worry about battery life. It is recommended that you charge each camera before mounting, which only takes a couple hours in the first place. But once mounted, a couple of hours of sunlight day are enough to keep these bad boys going for virtually unlimited amounts of time. It’s slowly turning into Summer here in Australia, but some of our more average days have seemingly served enough, with each camera still at 100% battery after almost a month in use. While the camera that sits inside has access to direct sunlight via a window, it remains to be seen if this will affect the seemingly perpetual battery life. These cameras are also as weatherproof as they come, thanks to an IP67 rating, particularly if you live in Melbourne and never know what kind of day you’re going to get. 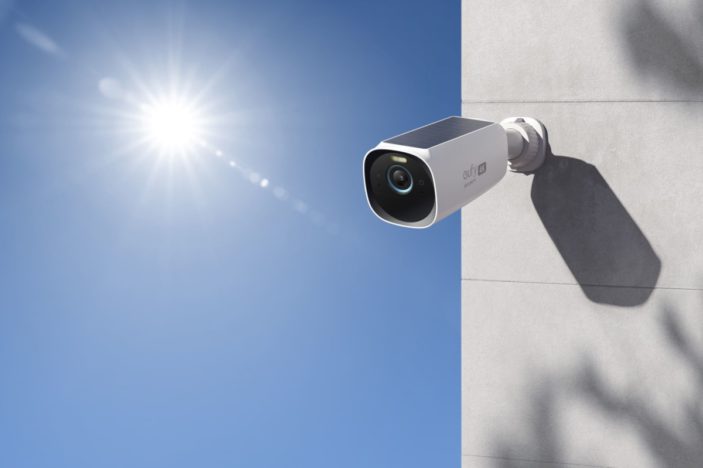 With the help of on board AI system labelled BionicMind, the EufyCam 3 automatically detects and recognises familiar faces, pets and even vehicles, for more specified and useful notifications. It is worth noting that BionicMind learns on the fly and it did take a little time for faces in my family to be recognised. But upon my first couple weeks of use, I did receive notifications where the camera had detected a stranger, only to find it was a family member entering the house instead. Hats and sunglasses can also disrupt its effectiveness, but I can confirm that it seems to have adjusted over the course of a month or so, to start recognising those few familiar faces. As the headlining feature of the EufyCam 3, it also highlights other hiccups with the general experience. For example, I’ve got a camera set up in a central corridor of the house, where people usually walk both up and down. This usually works fine, but when people walk across this walkway, the camera alerts me that someone has set it off, even if it seemingly catches them once they’ve passed the camera. Now I must admit that this pathway is only around 1.5 metres wide, but it definitely prompts me to recommend popping these cameras in wider spaces should it become an issue.

The free Eufy Security App is available on both the iOS App Store and Google Play Store and is as easy to use as the cameras are to set up. Whilst the Homebase is connected to the internet, the cameras can be accessed within seconds, although this is dependant on your internet connection and streaming quality. As previously mentioned, you’ll get notifications based on faces scanned and all events are time coded and conveniently ordered.

The EufyCam 3 and Homebase can also connect with both Amazon Alexa and the Google Assistant, meaning you can even use things like the Google Nest Hub for example, to check on your cameras at any given time. The software did highlight the lack of backward compatibility with older Eufy devices, which is a shame. There’s also no continuous recording, meaning that while you can record in 120 second segments with small gaps in between, things might get a little crowded within the app in terms of scrolling through and selecting between a multitude of recorded segments.

The lack of any subscription services has always been a plus, and with the ability to add additional storage with a 2.5 SATA drive, getting started is just as easy. The hard drive must be formatted prior to use, and convenient tabs at the bottom of the app make things incredibly easy to navigate, while notifications and their frequency can be customised and altered to your liking.

The EufyCam 3 is certainly worth picking up for its newer features and improvement on both camera quality and solar charging alone. But at a steeper price of AUD $1199.95, there might be a few things to consider first like internet connectivity and the availability of direct sunlight if mounted within the home. Night footage is also hit and miss and the BionicMind AI recognition can take a couple months to find its rhythm. But when it comes down to it, these cameras are easy to set up and access, making it a winner for anyone who’s looking for some of the better options on the market, or simply looking to upgrade their older Eufy systems.

Review based on unit supplied by Eufy.