Edifier’s S3000 Pro home speakers are a bit of a wonder. They’re wireless, meaning, provided there’s an available power point, they can be placed just about anywhere you like in any given room and provide resonant, warm sound.

The units themselves have been created in the now typical Edifier style. Edifier often leans toward more masculine aesthetics — square-shouldered shaping, wood finishes, lots of browns and blacks — and the SB3000 Pro is no different. They wouldn’t be out of place in a traditional smoking room, large and showy enough that someone might ask about them but styled to blend in with that kind of colour palette. As mentioned, this is a wireless kit which allows each speaker to be powered and run independently from one another. Not having to run a speaker cable between them is a blessing, but you’ll still need to run cables to at least one unit if you want to connect it to a TV or Blu-ray player.

The back of the right speaker features a panel of standard inputs including optical, AUX, coax and USB. Bluetooth connectivity now allows you to connect multiple devices so you don’t have to worry about pairing and unpairing multiple smartphones or tablets. 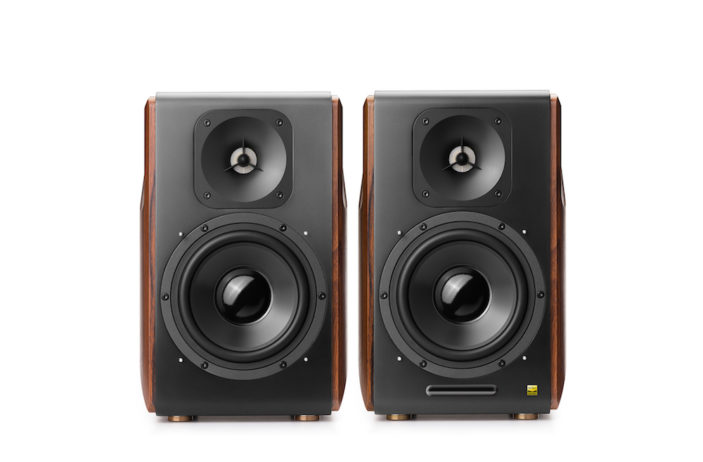 Those who don’t speak audiophile will be pleased to know this means big, room-filling sound. The tones are warm and use the unit’s wooden panelling to great effect, creating deep, bassy hums without obliterating the upper levels. The bass and treble knobs on the rear of the right unit are great for tweaking the overall sound to taste. I only had to play with it a little to find a reasonably flat EQ and then adjust from there.

The sound is pretty fantastic overall, the S3000 Pro’s only starting give me some rattle when I really cranked the bass beyond all reason. Used as a 2.0 stereo home theatre, they came up quite well for movies and TV, the dialogue always audible above the background mix. It’s still music where the S3000’s are strongest, however. The tracks I used to test the device ranged from contemporary R&B on the Spider-Man: Enter the Spiderverse soundtrack, low-fi electronica from Four Tet, big theatrical rock opera on Ghost’s Prequelle and Starcadian’s retro wave EP Saturdaze. The S3000 Pro passed with flying colours, allowing a great deal of mix penetration and a very pleasurable listening experience. I liken it to the experience of listening to a Sonos Play:5 for the first time — you can close your eyes and disappear into the sound, which is all any audiophile really wants. 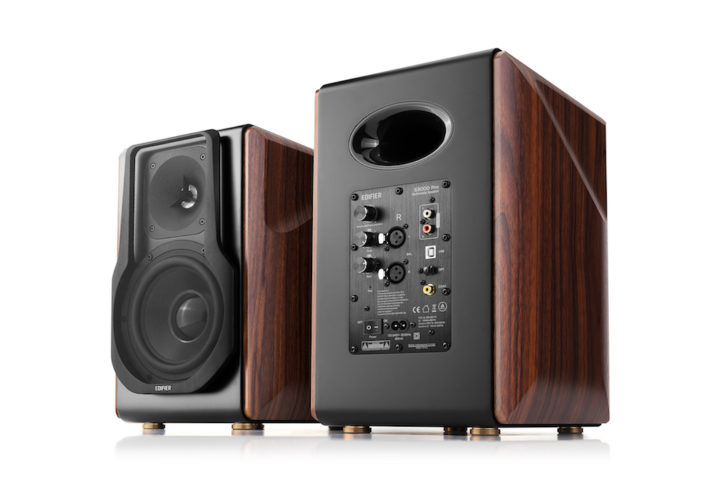 The only part of this package that may give Australian buyers pause is the price tag. These are not cheap speakers. Edifier’s own online store has them at a local RRP of $1122.99 AUD, which is both an odd price and a high one. You can absolutely hear every cent you spent in the fabulous sound they produce, but will that matter to the everyday user? I’m not so sure. If they get a chance to listen to it, I’m sure the S3000 Pro could take a big swing at changing their minds.

These are top tier speakers from an audio maker that is increasingly bringing their A-game. In a field as crowded as home audio, you have to stand out and the S3000 Pro’s do exactly that. If you see a pair in the wild, have a listen. You’ll be impressed.