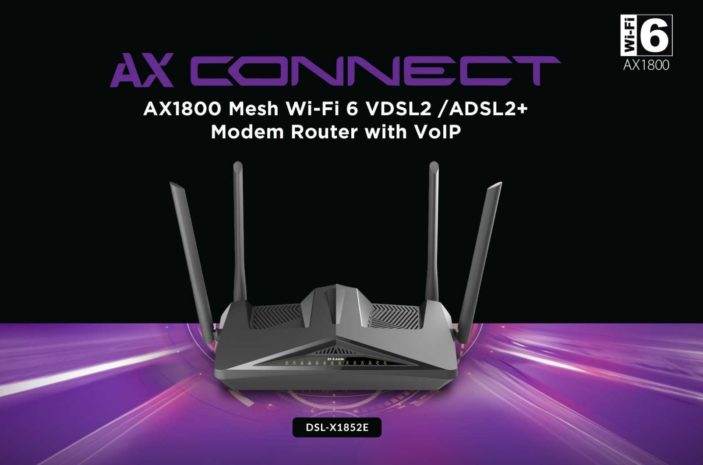 D-Link’s DSL-X1852E AX1800 router feels more versatile than any router in recent years, presenting options for both VDSL and ADSL connections, along with two VoIP ports and WAN port for NBN connections. This simply means that regardless of your available or accessible internet coverage, the AX1800 is going to carry with it extensive range and Wi-Fi 6 support for added stability, bringing both older and newer forms of technology along with it. My time with the AX1800 was relatively straightforward, but coming off the excellent D-Link Eagle Pro AI range, there’s a little more to be desired here. But at AUD $349.95 you’re looking at a premium option that is entirely suitable for decent speeds and multiple users.

Off the bat, the AX1800 is incredibly slim and minimal. At 251.64 x 166.47 x 194.18mm and weighing 485.6g, it’s not going to stand in the way of much. It’s single black colourway is nothing to necessarily write home about, while the four antennas on top can be adjusted to suit. While I’m a fan of smaller, upstanding routers, it’s not necessarily invasive or ugly, even if the additional VoIP and ADSL ports on the back lead to a few extra blinking lights up front. Thankfully, it’s versatility does extend to it’s placement, as this too can be wall mounted. 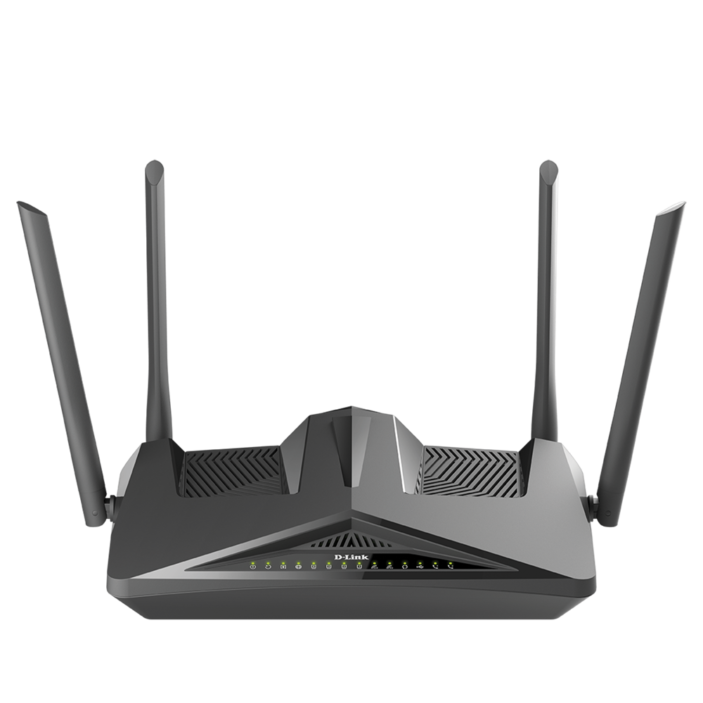 In terms of ports, the AX1800 is stacked. It comes with four gigabit Ethernet ports, WAN port, VDSL port, USB and two VoIP phone ports, the latter being a slowly dying option in today’s modem router market. The VoIP connection while handy, is a mixed bag. VoIP stands for Voice Over Internet protocol and basically allows users to make calls via the internet without the need for a traditional phone line. In Australia however, the NBN connection relies on existing phone lines, so it comes in handy that the router provides those phone ports for existing home phones. But it’s a little more complicated than that. You must have access to a VoIP service to even utilise this feature the way it was intended, but it’s worth doing some research, as Australian companies like Telstra don’t allow third-party VoIP routers to take advantage of this technology, instead requiring the official routers and modems provided directly by them. 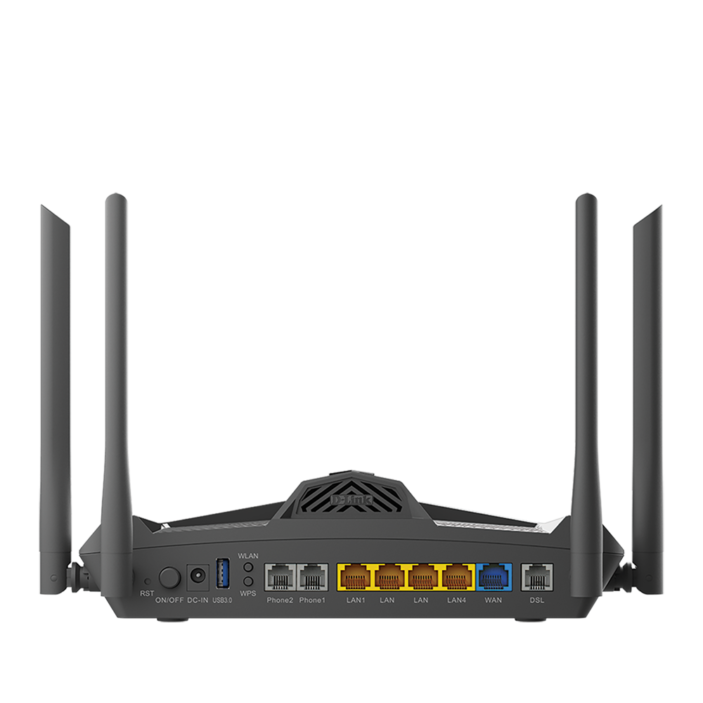 In terms of performance, the AX1800 is nothing short of solid. With a featured 2.4GHz/600Mbps bandwidth, you can not only stream almost anything in either HD or 4K, should your internet plan be suitable, but also have around 30-40 devices connected in the house. That sounds like a bunch of devices, but it doesn’t take long to fill given the growing list of devices that need to stay connected to the internet, from TV’s, to gaming consoles, computers and phones.

While the AX1800 router supports Wi-Fi 6 coverage for up to around a 10 metre radius, which might prove a little tricky for larger homes, as the stability of the connection may drop slightly. I live in a double story home and can’t say the connection has ever dropped significantly, but I can say that speeds and overall quality have dipped slightly in further corners of the house. The AX1800 does in fact support mesh networking, in which additional routers and points can be added for extra coverage. But for reasons we’ll get into below, this pales in comparison to the Eagle Pro AI range or routers and mesh networks.

Unlike the Eagle Pro AI range, the AX1800 doesn’t come with compatible smart app, instead relying on setup and customisation via a dedicated site at192.168.1.1. You can set this up from your phone or any device with a web browser, but I found it worked smoother when on a traditional PC. While the included manual gets the job done, it feels a little basic and at times dated, comparted to the Eagle Pro AI app which feels a little more convenient, should you wish to adjust settings on the fly.

While the AX1800 supports mesh networking, the dated approach to software makes it somewhat cumbersome to add additional points to. If you’re looking for a mesh network or expandable routers more so than a single router, I would suggest the Eagle Pro AI range, which makes adding and setting up connection access points easy and seamless via a dedicated smartphone app.

Make no mistake, the AX1800 DSL router is a solid one, thanks to its versatility via multiple connection methods and VoIP support. But due to dated installation prepresses and software, in addition to Australia’s strange stance on VoIP support and services, it feels like it’s a little too specific, rather aimed at an increasingly shrinking audience as Australia progresses to both NBN and 5G networks. At AUD $349.95, I would more than likely recommend this option to those looking specifically for VDSL/ADSL or VoIP support, as opposed to those looking for a more stable internet connection. The AX1800 will most definitely provide that, but there are simply other options even within the D-Link product range, that work just as well for less.