The need for a Wi-Fi mesh system has never been greater. Even if one’s home isn’t the size of a footy field, with home offices becoming a norm, smart homes more demanding, and Australia moving towards an NBN, having something to maintain a consistent, fast connection in a household or office is invaluable.

That router your service provider gave you to bring NBN into the home may work well, but if you don’t have a consistent, wider network throughout the house (or office), it’s likely you’ll run into some network issues.

That’s where a mesh Wi-Fi system like D-Link’s latest comes in handy. Providing AC1200 Wi-Fi, the COVR-1102 seamlessly slinks into your smart home and does the heavy lifting when it comes to your network, maintaining a strong and stable connection even at those busier times. 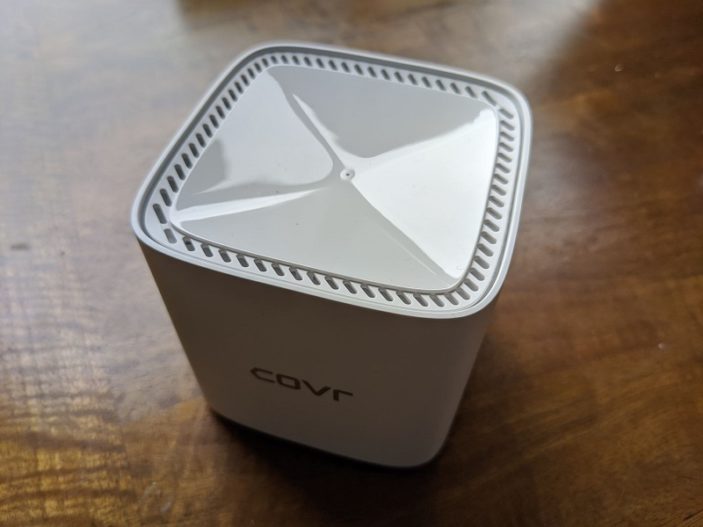 In the box you have a two-node system, sticking with the standard aesthetic of mesh systems – that being white, minimally designed and sculptural. In this case, the cubic shape is blocky with a taller profile than some competing models (like the eero), but is no more obtrusive than it has to be. The nodes will easily look smart and slick against any modern design scheme, and they’ll barely be noticed anyway if you’ve taken the app’s set-up advice and positioned them as high as possible.

The modular-like, feather-light nodes have a slight curve on the top to place focus on the LED in the centre, drawing attention to it even from afar so you don’t need to pick it up and turn it around to quickly discern its status.

On the back, dual Ethernet (one labelled ‘Ethernet’, one labelled ‘Internet’) ports means those that want to connect to wired devices other than a primary router may do so. It also allows for Ethernet backhaul should you choose to go the more classic route.

Options is always a good thing, but only having one Ethernet port free for anything other than the router is a bit limited. That’s easily fixed by getting a switch if you have multiple device you’d like to connect directly to the system. Other than that, all you’ve got on the back is a power button and the power port, for the included cable which, thankfully, ends in a small and unobtrusive adaptor so you aren’t jutting into the space for any adjacent power plug.

D-Link’s smartphone app is one of the cleanest and most intuitive I’ve used in this category, with easy set-up instructions that would be near impossible to get wrong. Just use the app to scan the QR code, follow the instructions to hook your first node (either will do) to your router and it’ll be around 20-30 minutes before you see a solid white light (meaning all is good) on bother your nodes.

Just make sure you position the second node strategically as a function of your house and its specific layout. Keep in mind that the two-node system is designed to provide coverage up to 325 sqm. It should be near enough to the primary node to maintain the strong signal, but far enough to fully extend the coverage to any weak spots. It’s a balancing act, but for a house with Wi-Fi dead spots, one that has a massive pay off.

Once you’ve maximised the signal across both nodes, ideally both should maintain a strong AC (Wi-Fi 5) signal that is stronger than what you’d be used to just using a regular ISP-supplied router.

Where the bulk of value lies with this two-node system is Easymesh compatibility. Granted, the range of Easymesh nodes out there is a bit limited right now, but once things start picking up – and they will, the Wi-Fi mesh world is of great interest right now – you should be able to pick and choose how you want to build your mesh network with different devices and what not. In case that’s not clear, Easymesh allows you to add nodes from other manufacturers, opening you up to potentially cheaper options.

Although it’s worth noting that D-Link has now introduced single units and three-packs for COVR, and they are similarly well-priced, so sticking in that system makes sense. 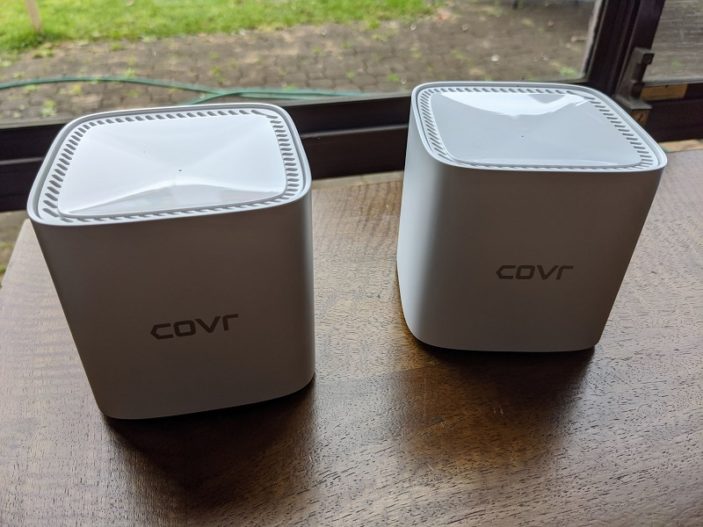 I would qualify as the average consumer, given the house I live in isn’t the super-sized mansion that’d need more than three mesh units at most. There are dead zones, and just having two nodes in the house, as evenly placed as I can manage, seemed to fix that issue entirely.

Granted, my dead zones are spots in the house where I wouldn’t be needing fast internet anyway, but even then I would clock a fast 90mbs (download speed) easily. Using it for two weeks, I had zero issue with throughput. Of course, performance will depend entirely on the set up of your house, the placement of the nodes, and also other variables like how thick your walls are.

It would have been nice to have a third 5GHz band so there’s more speed to share, but for a two-node system COVR certainly impresses and is a more-than-enough cost effective solution for those who need to maintain a strong Wi-Fi connection at all times.

Similarly, having a failsafe to revert to 4G/5G when the NBN is out would have been nice. Some competing – albeit more expensive – models offer this failover.

While there aren’t many features to play around with, COVR does a lot with what’s on offer. Guest networks are easy to set up via the app, effectively splitting the network for temporary users should you not want them to have access to core network.

Parents will appreciate being able to set controls easily by device or as a blanket protocol. Aside from looking at the options on the app, I didn’t test this.

There’s also compatibility with either Alexa or Google Assistant (no HomeKit as of yet) for simple voice-activated functions like toggling guest networks, rebooting the router, and – this is the big one – asking for the Wi-Fi details. You can even use IFTTT applets, which puts COVR in line with more expensive smart mesh systems like Google and Amazon.

Notably, there’s also WPA3 encryption so offices wanting this system for enterprise use should be comforted knowing that there’s that extra layer of security. 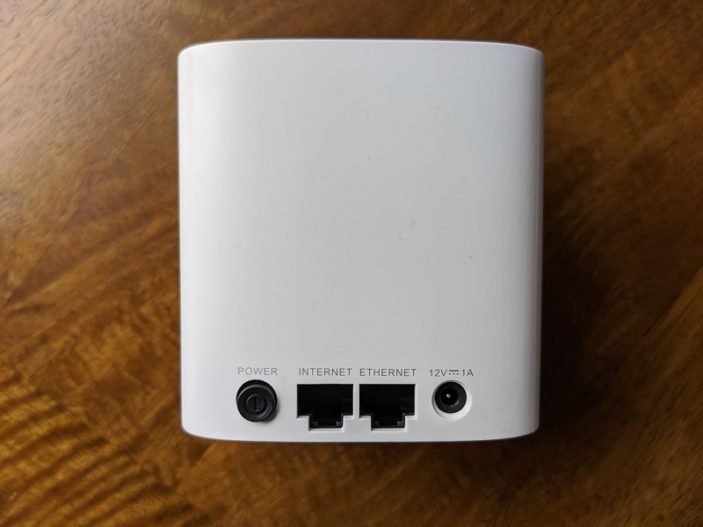 With two nodes for A$299 ($279 at JB Hi Fi at time of publish), a single unit for A$179, or a three node system for A$399, D-Link’s COVR is one of the best value and most accessible system out right now. You aren’t locking yourself down with one single brand given the Easymesh certification, and you’ll (likely – depending on your use and house) be getting sufficiently faster speeds than if you just stuck with the boring old ISP-supplied router.

A few more features and ports would have gone a long way, but considering the price, D-Link has struck a good balance for the average consumer.

Again, in this Work-From-Home world, having something like this so readily available, attractively priced, and easy to install is invaluable.

Highlights: Excellent performance for just two nodes; simple and effective lightweight design; stupidly easy and fast to set up; works with Alexa and Google Assistant; Easymesh certified is a nice future-proof flex; WPA3 encryption; accessible price point.
Lowlights: Only dual-band; fast, but doesn’t seem to be the fastest option; only one other Ethernet port; no 4G/5G failover.
Manufacturer: D-Link
Price: A$299 (based on two nodes)
Available: Now