Perth-based company Audiofly has already proven dependable when it comes to personal audio devices, with their overhead headphones in particular getting over thanks to smart, ergonomic design and excellent, varied sound signatures. The brand’s second-gen true wireless in-ear headphones, the AFT2, looks to continue that great reputation, sitting at a very affordable price tag of just A$200.

There aren’t many home-grown headphone brands with the same level of sophistication, and the range, boasted by Audiofly. In attempt to stand out on a ridiculously crowded market, the design team has obviously put a lot of thought into the look of the buds, both the devices themselves and the fun, futuristic charging case they come in. 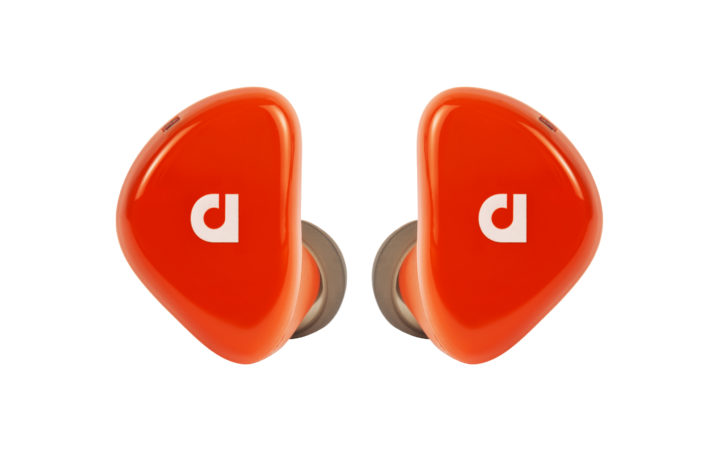 Given the market is so overflowing that it’s not even funny anymore, Audiofly smartly leans on its Australiana schtick with four colour options that can be seen as an homage to the country’s vast landscape. The lovely green hues of Gum Leaf will easily turn many heads, as will the scorching Australian Sunset, earthy “Sand” and slick purple “Granite”. All four look great, but I think I picked the best of them with my “Sunset” review unit, although Gum Leaf made it a hard choice.

The metallic red-orange hues of the monochrome finish are much nicer than the candy-coated attempts from other competitors to add a little zing to the look of their earbuds. These are much smarter, sporting a premium sculptural look that reminds me a bit of Samsung’s Galaxy Buds – though they aren’t as aggressive.

They face of each bud looks like a gemstone earring you’d pick up at an artist’s market in Port Macquarie, smooth thanks to the plastic build which still feels quite sturdy. In terms of looks, they certainly stand out amongst important brands, and in a very positive way.

An IPX5 is enough to resist a low-pressure jet spray, so these buds should have no problem keeping dust and water off, so outdoor use is fine. Particularly coupled with that fantastic battery life that I’ll mention more of below.

Touch controls are built in to each bud’s surface, and wisely Audiofly has kept things to simple play, skip and pause functions. With the multitude of wireless buds now attempting to including way too many touch controls, making functionality feel overstuffed and clunky, this is a welcome change and speaks to the same sense of elegance and minimalism these are designed with. Notably, I missed the on-board volume controls the first few times I used them, but they’re built-in there – you press and hold the left bud for volume down, right for up.

Oddly, the AFT2 ships with just two pairs of rubber tips, limiting the amount of options for those with differently shaped ears. The fit is decent, but it doesn’t quite create the ideal seal which has a poor implication when it comes to sound (more on that below). Particularly if you want low-end to hit hard, fit is important. And it’s even more crucial to ensure the buds aren’t moving around, or even worse, falling out. Luckily, they still fit quite well – at least for my ears – but more options would have pushed the value much higher.

The last major element of the design, and one of my favourites, is the charging case which hosts the buds when they aren’t in use. Granted, it’s awkwardly large and moves far away from the pocket-sized cases most brands offer. Instead, it’s a fun and futuristic brushed metal case that has a cylindrical design that can fit easily into a backpack. The dimensions clock in at 90mm long, 41mm wide and 35mm tall, which makes the case larger than I’d like it to be, but still gives it a shape so different to most other things you’d usually carry with you each day. 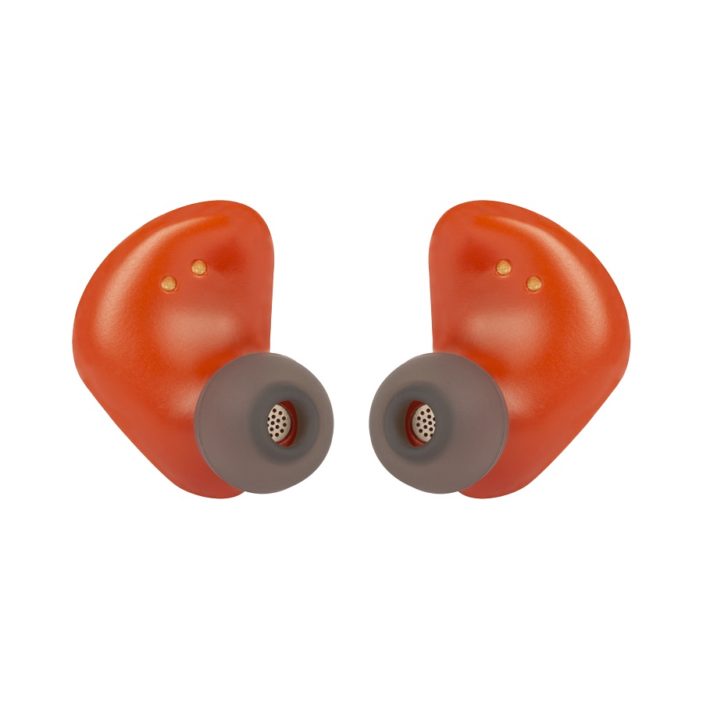 Though the max volume is quite low, the AFT2s can still do a decent job in the right context. Their small-ish 6mm driver works and Qualcomm cVc Noise Cancelling tech helps slide you into a private sound chamber, that’s decently balanced at all levels.

That being said, the bass, mids and highs do all feel equally muted, taking the edge off for punchier styles like hip-hop and EDM. They fare much better if you want to listen to some soft jazz while walking to work in the morning, and successfully cancel out most external noises to help, but the restrained performance is disappointing for the most part.

However, dense instrumentals sound great, with nuance picked up real well with clear separation and a great amount of detail for something like John Coltrane’s “A Love Supreme” or Max Richter’s “On The Nature of Daylight”. Due to the less than ideal fit, sounds can feel quite distance though, which ruins the otherwise warm and open soundstage.

Even worse is that Audiofly doesn’t include a dedicated smartphone app for the headphones, so you can’t go playing around with any specially calibrated EQ pre-sets.

On-the-go workers with calls coming through shouldn’t expect the person on the other end to be able to hear loud and clear. Although the noise-cancelling is quite good – but not ANC good – the microphones seem to quite weak.

Thankfully, Bluetooth 5.0 has been included, which brings this up to the standard of modern buds and ensures a good range even when testing these across multiple rooms. I would be able to consistently leave my phone in one room, head through two distinct spaces in my house, and still get a clear performance with no stutter. There’s also aptX support, which helps massively when it comes to latency and media consumption.

Battery is a clear winner here, and I completely understand that these buds are being marketed as ones that can easily last the distance. They can. Audiofly promise a whopping total of 35 hours, when charged up a few times in the case. 10 hours without the case. Both figures are very impressive and should easily get you through a working day.

Charge time is also quite quick, with 0-to-100 coming with a 90-minute wait time. It’s nothing when compared to higher-end models, but 90 minutes for a full charge is still impressive for a mid-tier set that isn’t as feature rich as those that are almost double the cost.

The AFT2 is a beautiful pair of in-ear headphones that continues Audiofly’s impressive design prowess. But they aren’t anywhere near the best on the market. Some clever choices help them stand out in the market, but when it comes to actual performance, they fall well behind the likes of Bose, Sennheiser and Sony.

It certainly helps that these are Australian-owned and designed, adding that little extra layer of locality of the headphones and tapping into a market that increasingly aims to support domestic brands wherever possible. If you go for them, the AFT2 doesn’t feel like a compromise, but that’s only if you’re fine with a relatively low volume and a lack of power in the sound quality. The battery life and the general look and feel of the buds do well to make up for it though.

UPDATE 30th October 2020: An earlier version of this review started that there were no on-board volume controls. It turns out that there are, although not immediately obvious from the design.

Review based on unit supplied by Audiofly.