Port Adelaide has long been a street art hub, with the Wonderwalls Festival being a celebrated event. Both local and international artists have produced large scale murals, making the Port an artistic destination.

For the 2022 Adelaide Fringe, Adelaide artists Vans the Omega and Dave Court have combined forces to create virtual reality interpretations of various artworks and landmarks. You can experience the Augmented Reality (AR) works at any time of the day or evening.

For those wanting to play along you can scan the QR code to download the app (or search Big Picture on the app store): 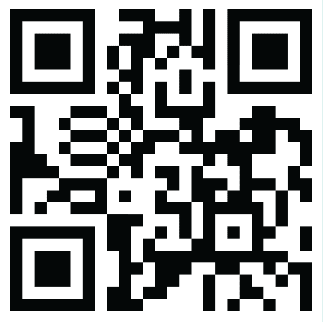 If you have the app loaded, you can point it at Kurt Bosecke’s abstract mural below to see monsters running having fun.

Joel Van Moore has taken the iconic image of the Black Diamond Corner and added morse code and spinning lights to bring it alive: 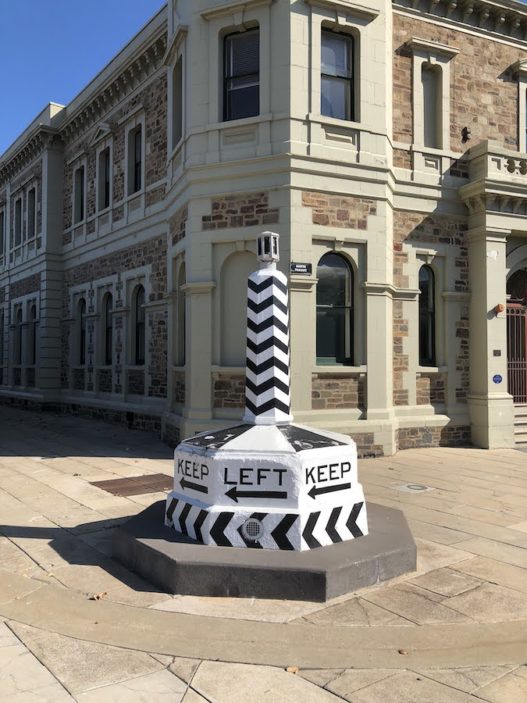 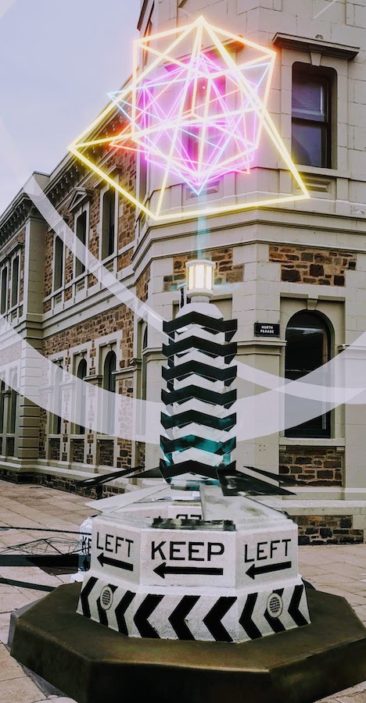 Sam Songailo‘s work takes form in painting, installation and video. He is deeply influenced by digital technology and electronic music. When the piece is viewed via the VR app, the digitial influence is astounding. 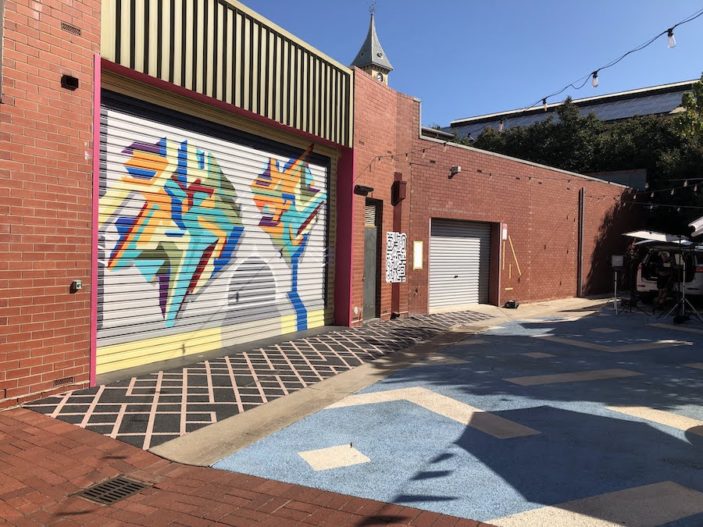 The light house in Port Adelaide is another historic landmark. Visual artist Dave Court has spruced it up with his VR additions. 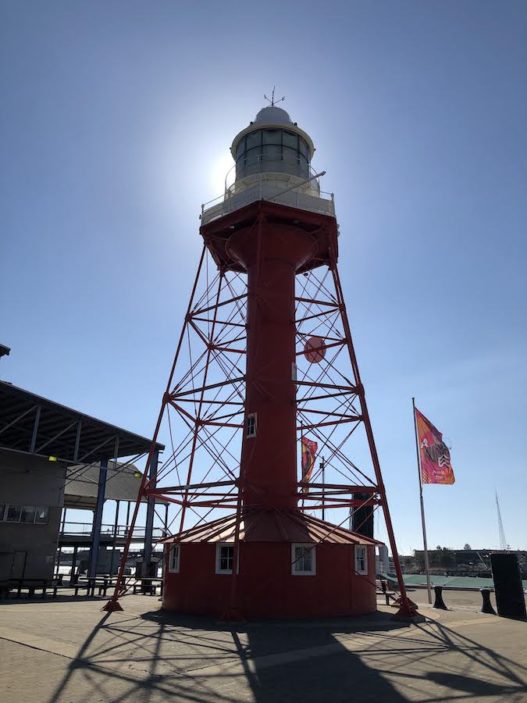 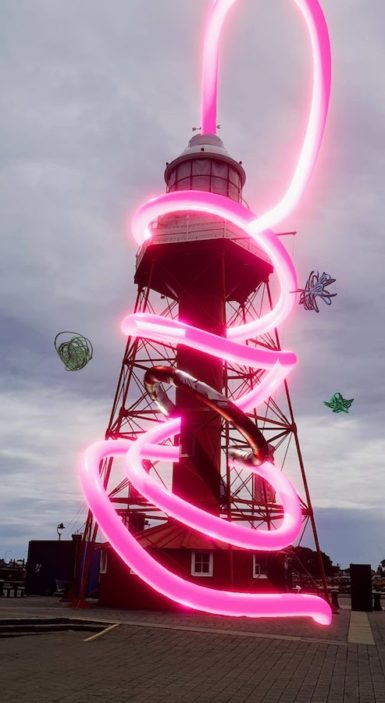 Charles and Janine Williams have painted a whimsical bird scene.  It literally comes to life with the VR treatment. The three dimensional feel of the final activation is astounding. 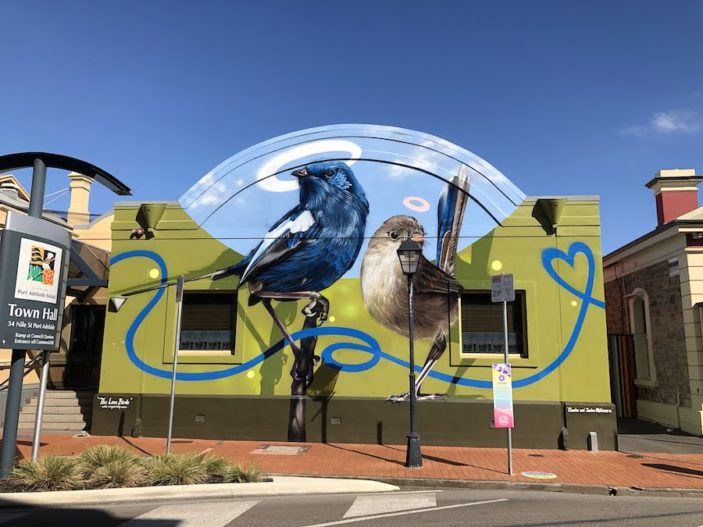 Elizabeth Close is an Anangu woman from the APY lands who has spent the past 14 years crafting her dynamic visual works. The VR interpretation of her piece called Song lines is fascinating. 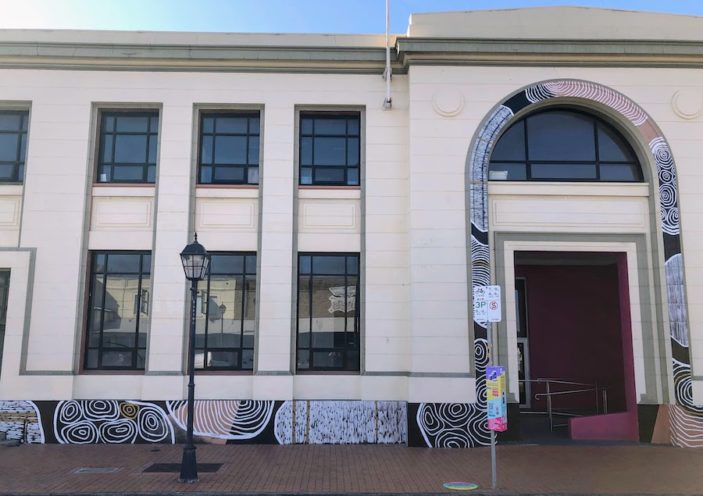 Polish artists ETAM CRU created the piece Until the quiet comes on the Marine and Harbours building for Wonderwalls some eight years ago. Previously undetected concrete cancer has accelerated the fading of the piece, but VR technology has bought it back to life, including an animated rat on the shoulder. 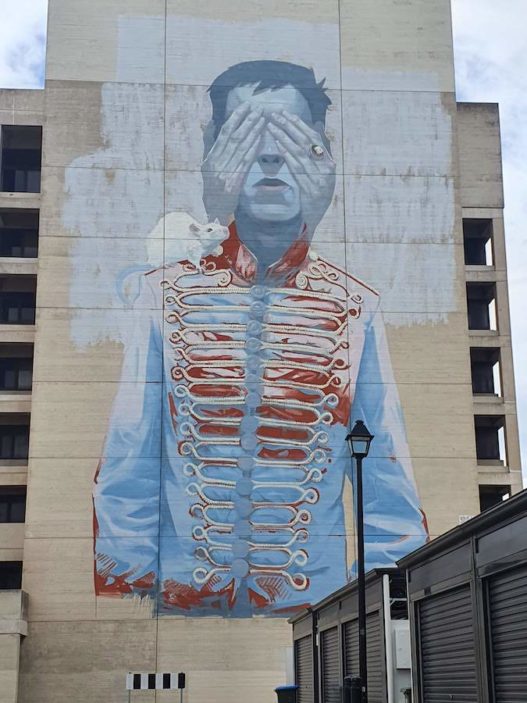 The final piece is from DEMSKY, who started his creative journey in the 90s. The VR treatment keeps the retro theme going with trippy visuals matching the original artwork. 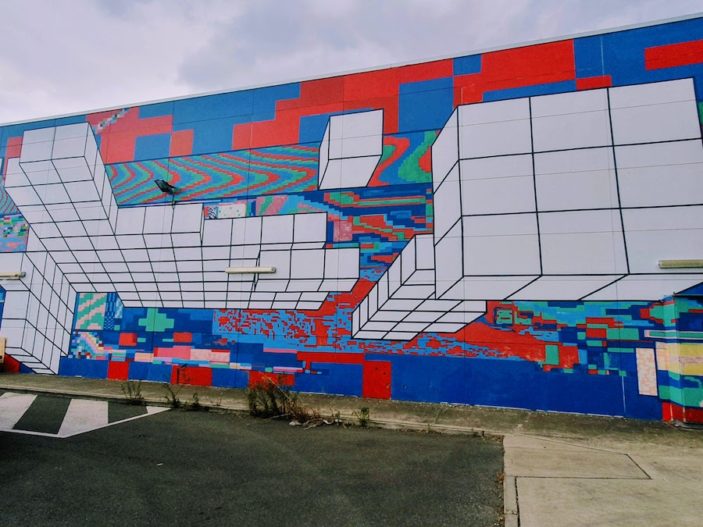 For those wishing to see the artwork in person, Pirate Life Brewery have picnic packs to enjoy along the way, available from the brewery.

Many local businesses have listed themselves as partners to the event, including popup bar Confession which is creating a real buzz about town with their confession booths and antique furniture.