Last week saw Sydney indie folk singer-songwriter Oly Sherman drop his captivating new single,  “Bones”. Produced by Sherman, alongside Daniel Natoli (Once Around Saturn, Georgia Eyes), the single is well positioned to capitalise on the recent resurgence of indie folk in Australia; a resurgence spearheaded by the likes of Ziggy Alberts, Matt Corby, Riley Pearce and others.  Bright […] 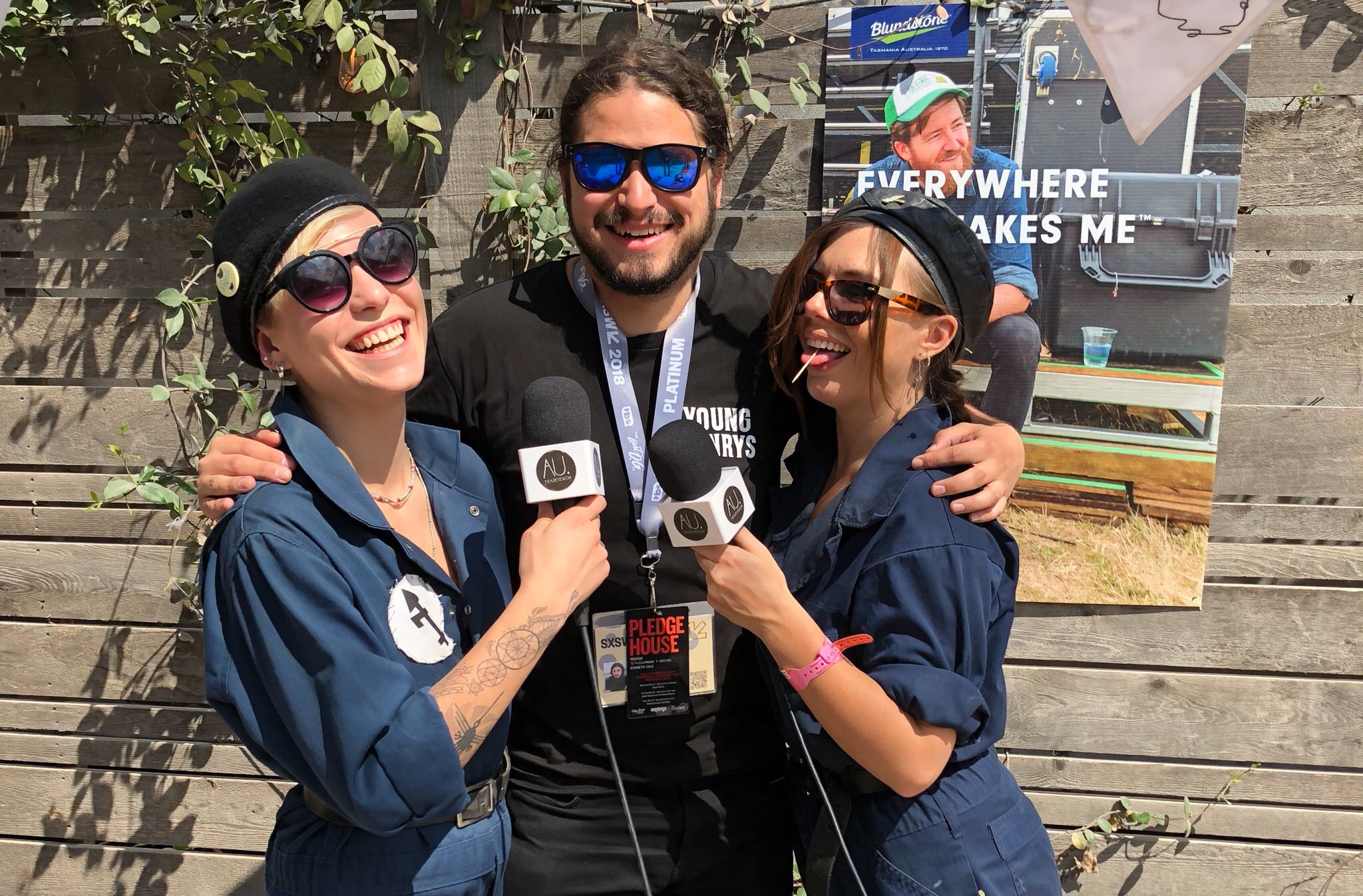 While in Austin, Texas for SXSW, we sat down with UK duo BONES at Australia House. In their chat with Larry, Rosie and Carmen talk us through their latest single, “Limbs” and more as we get to know more about this buzz act who are based in LA, but hail from London. And we reckon they might just […]

By Kimberley Veart This week Bones went back in time to the glory days of Hollywood, when the hairstyles were sprayed to perfection and the dialogue was fast and witty. The 200th episode acts as a tribute to its stars, the series and to the Hitchcock style mysteries it descends from. The show is a […]

Bones is at the top of its game with its 199th episode, so the expectations are high for next week’s Hitchcock inspired 200th show. This week was both sweet and fun and introduced some new dynamics to the show that are going to be interesting to explore over the season. In this episode, the Jeffersonian […]

By Kimberley Veart Before its Thanksgiving hiatus, Bones offers up an episode to tug at the heartstrings. Daisy (Carla Gallo) returns, heavily pregnant and about to give birth to her child with the recently departed Sweets. The Jeffersonian team is concerned about her during this vulnerable time, especially as she seems to be acting strangely, […]

By Kimberley Veart This week begins with a body found under a merry-go-round, and young Christine (Sunnie Pelant) calling her stuffed toy a jackass. It’s an unusual beginning for an interesting episode that quickly turns into Bones’ own version of The Wolf of Wall Street, as the victim was high-flying trader who enjoyed the perks […]

By Kimberley Veart This week’s Bones episode was truly fantastic, cleverly managing the topic of human trafficking with compassion and sensitivity, and also exploring the relationships of the characters we have grown to love, all while solving a murder of course. Rather unconventionally, the episode opens with a scene between Dr. Cam Saroyan and intern […]

By Kimberley Veart After a one week hiatus, Bones is back with an eventful episode that sees Hodgins become a suspect for murder; intern Wendell’s (Michael Grant Terry) return from cancer treatment and a National Forensic Scientists’ Convention which has the ‘squints’ all excited. The episode begins with Brennan nervously preparing for her keynote speech, […]

The charm of this week’s Bones was its return to everyday routine, even more so than the previous episode which still dealt with the emotional fallout from Sweets’ death. The show begins with young Christine refusing to eat her breakfast, while Booth and Brennan try to reason with her. It seems Christine is taking after […]

After the excitement of the last two stellar episodes of Bones, this week feels a bit like a return to routine. Everyone is concerned about Booth, especially Brennan, and the emotional drama of the episode centres around his loss of faith due to all the recent traumas. However, back to business, a murder must be […]

by Kimberley Veart After last week’s shocking twist, it’s time to say goodbye to Sweets. As promised by Bones producer Stephen Nathan, the death is handled respectfully and Sweets is still very much a part of this episode as the Jeffersonian team, together with a bitter Booth and the new Agent Aubrey, work desperately to […]

Not with a fizzle, but with a bang, Bones is back! In a darker turn than usual for a show that usually blends comedy with its morbid premise, a shocking twist emerges, and I warn you, it ends in tears. Picking up three months after the blistering finale, Booth (David Boreanaz) is in prison and […]

Season nine’s blistering finale showed that Bones is still at the top of its game. The episode ended on a dramatic cliff-hanger with agent Booth (David Boreanaz) in hospital and under arrest, while a devastated Brennan (Emily Deschanel) was dragged away screaming. You can expect that action to continue into season ten as early sneak […]