Australian radio presenter Zan Rowe was one of six jury members in Hamburg, Germany this past week, helping choose the winner of the “ANCHOR” award. Part of the annual Reeperbahn Festival, the initiative helps shine a light on six emerging acts who are playing the event, with the jury members choosing a winner based on their performance at the festival. It’s a unique proposition and one that focuses on live prowess over anything else.

The artists nominated, meanwhile, were:

On Saturday night, as the event drew to a close, invited guests were welcomed to a ceremony at the St. Pauli Theatre, with performances from the six finalists – as well as special guest Dermot Kennedy, and a once-in-a-lifetime performance featuring four of the jury members, accompanied by a drummer and string trio, to perform David Bowie’s Classic “Moonage Daydream”. Kate Nash and Peaches took on vocal duties, as they ran around the stage and the theatre, physically getting the crowd on their feet as Visconti – who produced 11 of Bowie’s records, though not this one – and Rock jammed on stage. Their moniker for the night? “Jury Duty”. Fitting! 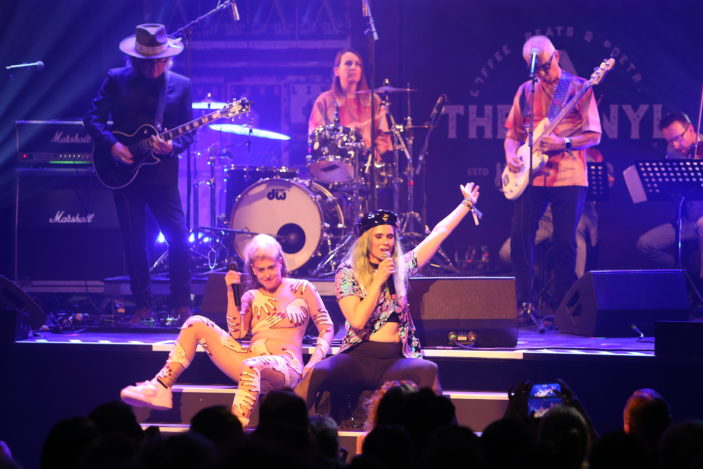 The winner of the ANCHOR Award for 2019 was the rapid fire Ukrainian rapper alyona alyona, who impressed Judges with her on stage presence and skilled delivery – something that is indisputable, even if you don’t necessarily know what she’s saying. Here’s what Zan Rowe said of the artist, and her win: “Beyond language barriers alyona alyona’s songs were stuck in my head long after I saw her perform. Incredible rhythm, hooks and an amazing presence.”

Bob Rock was also blown away by the performance, saying, “I got out of my chair, stood up, almost danced and took videos which I actually don’t think I’ve ever done before. I didn’t understand a word she was singing but it came out so powerful. It really blew my mind. And most importantly I would buy her record in a heartbeat.”

Here’s more about the artist, courtesy of the awards:

Hip-hop as a force of nature: Aljona Sawranenko, alias alyona alyona, raps in her native language Ukrainian. And the way her words flow, hiss, roll, groove, and rush out? In a word: wow. Massive, dynamic drive put to dark, pumping beats. Alyona alyona is already a role model in Ukraine – and she’s only in her late 20s. Her videos, in which she proudly dances as the queen of the street in front of the housing projects of her hometown Baryshivka, or stages herself as a fairytale matriarch in a dystopian world, have millions of viewers.

alyona alyona does without bling and pomp. In her songs, she prefers to talk about images of women beyond the usual beauty clichés (“Ribki”) or young adults who bemoan the situation in Ukraine and leave the country (“Salischaju swij dim”). She’s a pop artist who’s grounded, having worked at the supermarket checkout and as a make-up saleswoman before becoming an educator and studying psychology. Now she no longer delivers her message – informative and often humorous – as a preschool teacher, but as a powerful rap performer. In April 2019, Alyona Alyona released her album “Pushka”, which means “cannon” in English. And that’s just what it is.

To learn more about alyona alyona, head to her Facebook Page. 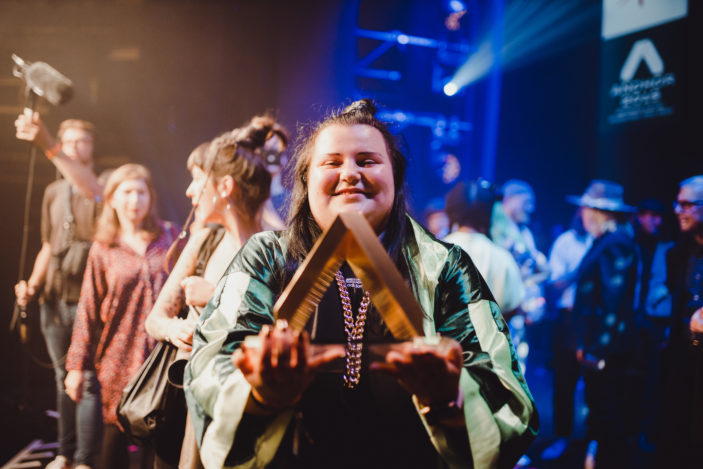 Tickets for Reeperbahn Festival 2020 in Hamburg, which is set to feature an already announced performance from Australia’s Tash Sultana, are already available, with more details HERE. The event runs from the 16th to the 19th of September 2020. Artists who apply for the festival and are successful in their entry can also apply for consideration as part of the Anchor Awards, with the six artists chosen in advance of the event.

For more details about the Anchor Awards, and how to enter for the 2020 Awards, head HERE.

Photos provided, taken by Stephan Wallocha, except for photo of alyona alyona, which is by Fynn Freund.