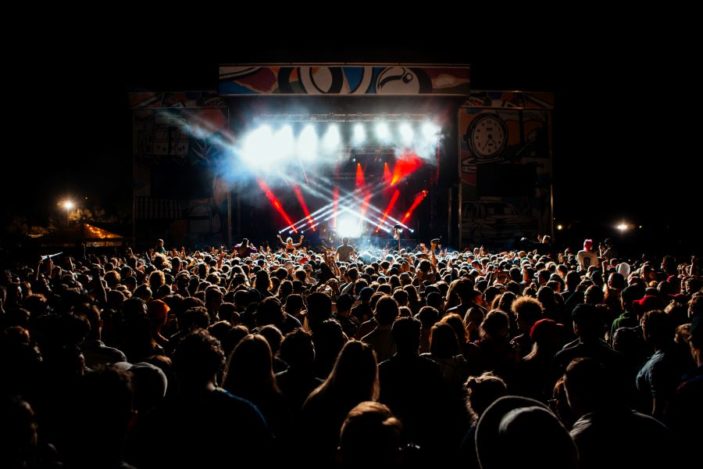 One of our favourite Wollongong festivals, Yours & Owls 2022, has just released their set times, giving you less than a fortnight to rally your troops. Whether you’re a fan of Hilltop Hoods, San Cisco, The Jungle Giants, or Nosedive, you’re sure to have a great time.

This year, the festival returns to Stuart Park in Wollongong, putting extra stages under its belt. That’s right – there are now six stages at the festival, giving artists plenty of room to perform. Might be worth checking out their handy map to plan your approach in advance.

There’s also been a last-minute change in performers, with Hiatus Kaiyote cancelling their performance to attend their Grammy Nomination (congratulations!). In their place comes Confidence Man, ready to put on a show one day after the release of their new album.

Whilst there may be changes in performers and stages, one thing that hasn’t vastly changed is the food. This year, there will once again be plenty to choose from, with yiros, dumplings, nachos, burgers, tacos, and more, on the list.

The set times are out – here is Saturday’s lineup 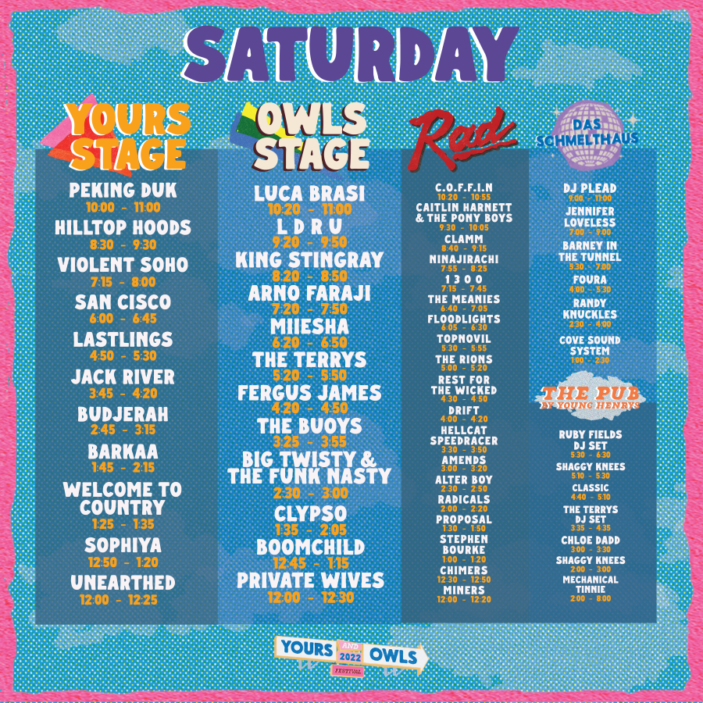 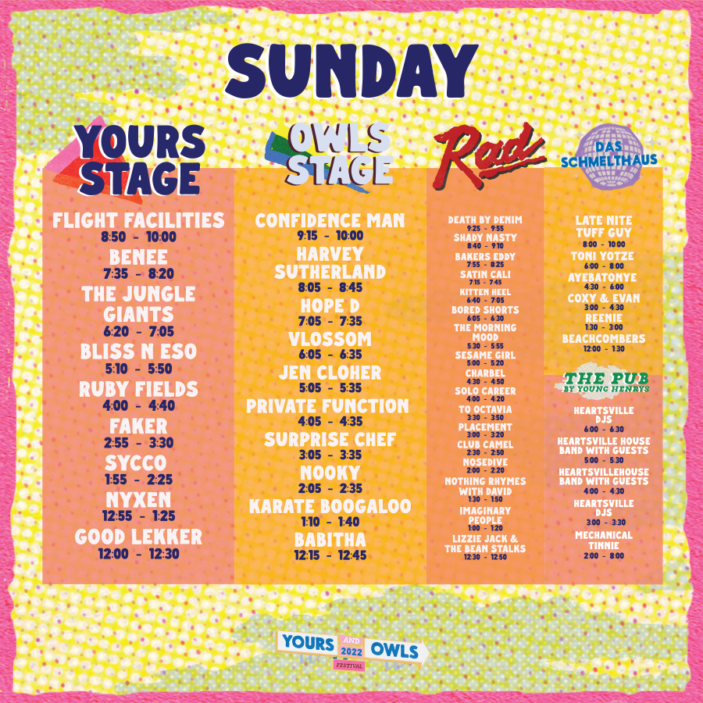 If you haven’t yet got your ticket, there are a handful left. Tickets are available HERE. We hope to see you there!