Hey you! Yes, you! Are you going to be in New York City on Friday, 13th March? Do you want to see a bunch of great bands from Australia and around the world? Well you’re in luck because we’re throwing a party as part of The New Colossus Festival!

It’s all happening at Lola (169 Avenue A) in the East Village from 5.30pm and will feature Knife Wife (pictured), Brisbane’s Jaguar Jonze and Tia Gostelow, Melbourne’s Wolfjay, New York’s own Safer and DJ sets from BBC Radio’s Shell Zenner. It’s going to be a TIME.

UPDATE: Tom West is now playing as well, filling in for Singapore’s The Pinholes!

And we want you to be there – so we’re giving away FIVE double passes to the show. For your chance to win, just fill out the form below. And if you don’t win, you’ll be able to grab $10 tickets on the door, or get a New Colossus badge for $100, which will get you in for free.

The competition closes on Tuesday, 10th March at 3pm New York City time, and winners will be advised later that day. 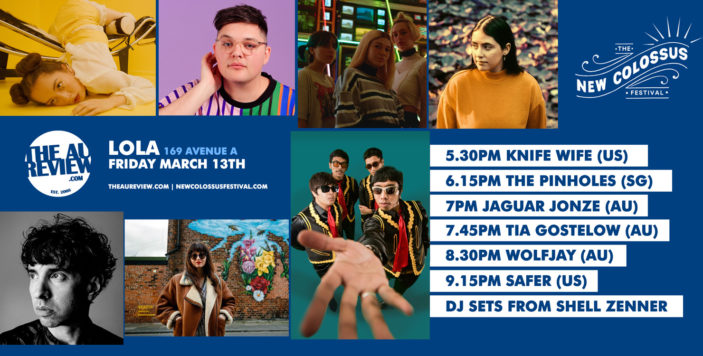