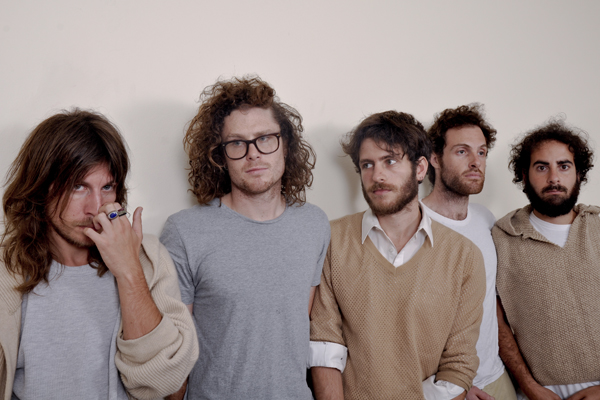 The threat of facing a torrential downpour did not dampen the spirits of the guests who attended the first gig of many for WIM’s self-titled debut album launch tour, held at Paddington Uniting Church in Sydney. The landmark venue gave way to a diverse range of live acts to attract all ages.

On the hall stage, we were introduced to a Mongolian throat singer by the name of Bukhu. He appeared in bright orange Mongolian attire, accompanied by a horse-head fiddle, otherwise known as morin khuur. To break the ice, Bukhu explained the background of the peculiar-looking instrument, which dates back to thousands of years ago.

Next, he went into describing the technique of throat singing and began to sing a tune. The captive audience gazed in astonishment at what could only be defined as the vocal equivalent of a didgeridoo. The final act was based on an old tale, about a boy and his friendship with a white horse (Suho’s White Horse). It was an emotive piece, suggestive of a turbulent relationship. The interpretation was played beautifully and the crowd were thoroughly impressed, not to mention intrigued.

In contrast, the presence of James Domeyko did not create as much impact. The disturbing mob were much too loud for the saxophone and keyboard player, almost drowning him out. During his set, the videographer encouraged him to tell a story, but the progressive musician replied that no-one would hear him. However, he launched into a saxophone introduction, gradually switching to the keyboard.

Eventually, the sound of the saxophone was intertwined with the sound of the keyboard, imitating a grand piano but with a warped edge, every time a note was being held. The experimental noises were aided by a foot pedal, which resulted in a drone resonance while James supplied vocal input. The effects were sharp and temperamental, developing a volatile ambience; however, providing the perfect happy medium between the preceding mellow acoustics from Bukhu and what was to come.

During the interim, the congregation migrated to the church stage in fervour for their saviour, WIM. Upon entry, the majority of eyes were immediately diverted to the altar end of the church, which was strikingly arranged with an assortment of flowers and vines. In true form, the band started off with the first two tracks from the album, “Colossus” and “See You Hurry”, showcasing the brilliant and haunting vocals of Martin Solomon.

A five-piece choir complemented WIM as they played “In the Morning” and “John”, my personal favourite. The humble hosts were extremely gracious to their devoted fans, thanking them profusely at any given opportunity. The crowd were ecstatic as they drilled into “Something for You” and “I’ll Be There Anytime”, the latter being an unreleased, yet powerful and uplifting number. With the urge to go on and positive reinforcement being vocalised by the rowdy bunch, WIM finished off with encores “Over the Mountains” and “Moth”, supported by James Domeyko on the saxophone and the choir returning to lend a voice for the soaring finale.

In accordance with ending the night on a high, I was relieved to find that my prayers were answered when there were no signs of rain making a re-appearance. Hallelujah!