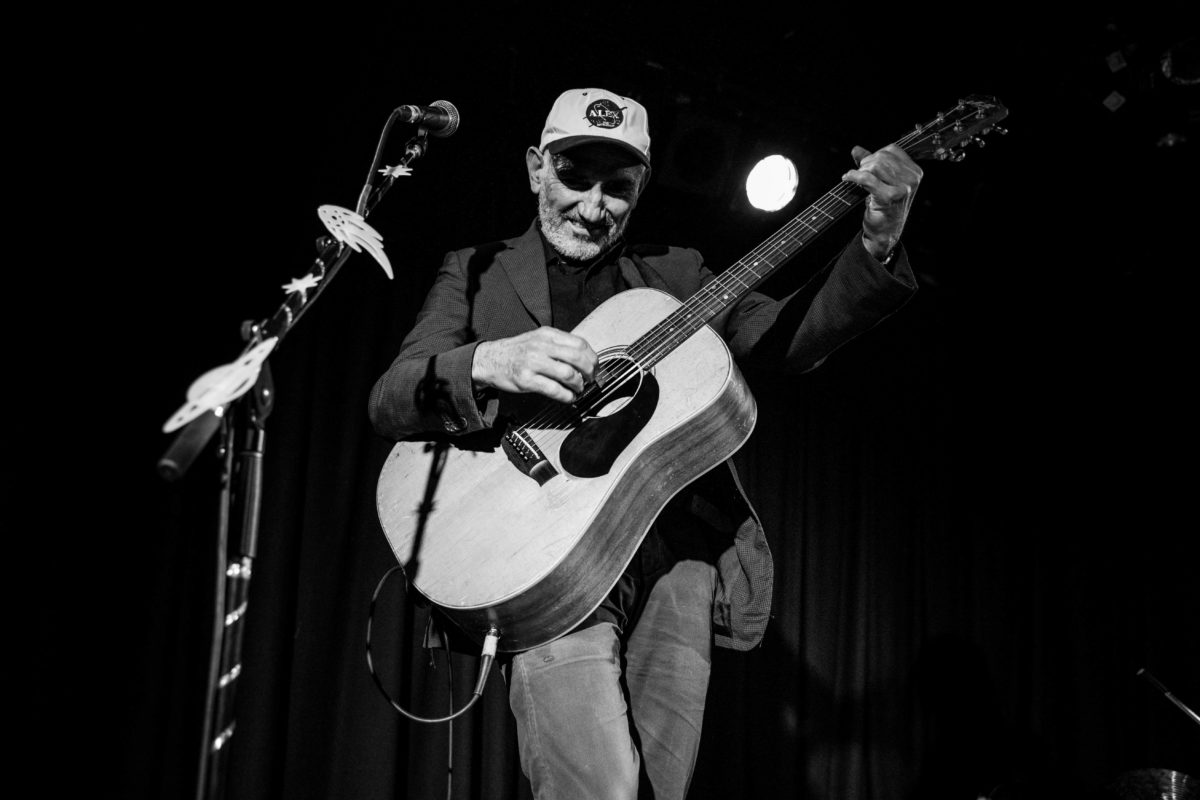 When Paul Kelly announced the inaugural Making Gravy show in 2017, little did the public know of the success the show would bring. Not only did it help everyone celebrate one of Australia’s greatest storytellers during the most festive time of the year, but it also helped accentuate the absolute strength that is the current Australian alternate music scene.

With its debut line up consisting not only of the great man himself, but also Gang of Youths, Meg Mac and Gretta Ray, the first Making Gravy set in motion for what is now, quite possible the most inclusive and well thought out festival on the Australian calendar.

Fast forwarding a year, Making Gravy makes its return in 2018 with a lineup that goes a long to topping last year’s master class gathering of acts. With three dates occurring over the coming weeks, Paul Kelly and his team have gone all out to showcase the best in up and coming, as well as cemented, acts from across the country.

Opening the show in Sydney is the fantastic Angie McMahon, and just as great Mojo Juju in Melbourne and Brisbane. On the back of winning the Josh Pyke Partnership in the middle of 2017, Angie quickly lit the world alight with the truly brilliant “Slow Mover”. Throughout 2018, she’s not only toured overseas, but also managed to tour relentlessly on sold out national tours. With slots at Splendour In The Grass as well as releasing follow up tracks “Missing Me”, and “Keeping Time”, keep an eye and ear out for her debut album in 2019; it’s bound to something special.

Much like Angie McMahon, Mojo Juju has had an overwhelmingly busy 2018. Releasing the groundbreaking Native Tongue, as well as achieving Triple J praise, ARIA nominations and picking up the R&B/ Soul Act Of The Year at the National Live Music Awards, Mojo Juju is on the precipice of going to the next level. You’d be doing yourself an injustice if you didn’t get down early in Brisbane and Melbourne to check Mojo Juju out. It’s sure to be a highlight of an exemplary day.

After a couple of quiet years, it appears as though D.D Dumbo is about to return to making an impact on the nation’s eardrums. After releasing the ace Utopia Defeated in late 2016, D.D Dumbo is primed to light up the Making Gravy stage. Having seen him play live before, the multi-instrumentalist has an out of control, and frankly, pretty bloody fantastic live show. You can’t be sure, but if I were a betting man, I’d be outlaying some hard earned on D.D Dumbo debuting a couple of new tracks during these shows.

Also making an appearance is everyone’s favourite guitar slinging wordsmith, Alex Lahey. After what’s been a frantic three years since being unearthed in 2015, Alex Lahey is another act that will put a massive smile on your face, whilst simultaneously making you want to embrace your inner Elaine Benes and just lose it on the dance floor. With her album, I Love You Like A Brother, already in her back pocket, expect wall to wall sing-a-longs as she graces the early evening of Making Gravy. You just know she’ll be great.

Playing second to last on the tour are your favourite brother and sister duo, Angus & Julia Stone. More than ten years after releasing their debut LP A Book Like This, Angus and Julia continually release some of the best folk music in the business. In a world where music careers and success is becoming increasingly hard to come across, the Stone siblings seemingly do it for fun. I couldn’t tell you how many hours I’ve spent listening to their ever-increasing music catalogue over the past decade. Touring on the back of their 2017 album Snow, Angus & Julia Stone are the brother, sister and cool cousin everyone needs. Sure to put on the most endearing set of the night, if the harmonies of Angus & Julia Stone don’t warm your heart, then I’ve got bad news for you son; you’ve 99 problems and being a Grinch is one.

Closing the night is the gravy man himself, the inimitable national treasure, Paul Kelly. It’s been a huge 2017 and 2018 for PK, scoring himself two number one albums, a stack of ARIA awards, as well as selling out multiple national tours. And to think this continued success has come after more than 30 years of continually releasing some of the most iconic Australian songs of all time. With a set that’s sure to include all his biggest sets, the biggest moment of the night will undoubtedly come in the form of “How To Make Gravy”. As one of the most prolific and profoundly Australian acts to come out of this brown land, Paul Kelly is the national icon that we don’t deserve. Much like Steve Irwin, he will go down in history as one of the greats of Australian culture and folklore.

In a festival climate where equality is slowly starting to come together, Paul Kelly and his Making Gravy tour is a shining beacon that we can all acknowledge as doing a fair bit of the heavy lifting for the rest of the industry. By booking a line up as grand, broad and inclusive as this, team PK has undoubtedly set in motion what will go down as one of, if not, the best tours of the year.

Get on down to the Making Gravy shows in Melbourne, Sydney and Brisbane. If this article hasn’t taught you a thing or two about the line up, then at the very least if you do attend the shows you’ll learn how to make gravy. It’s a sure bet.

For tickets and more details head to his official website HERE.