What happened in Byron after Splendour in the Grass Day One was cancelled: The party goes on 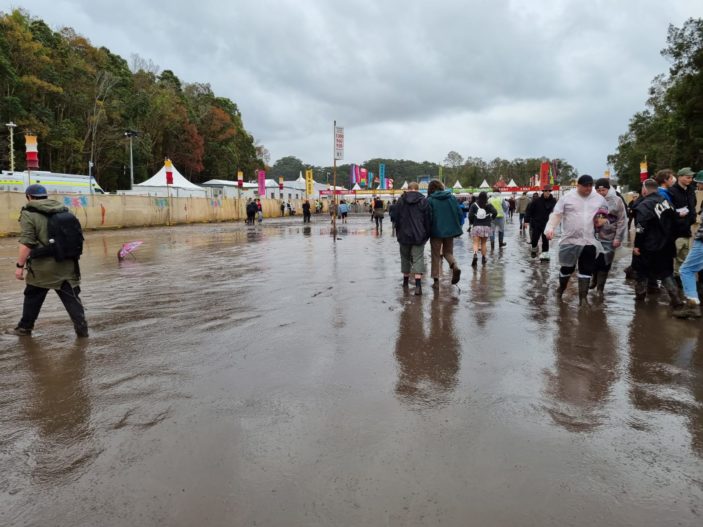 The eagerly awaited return of Splendour in the Grass did not kick off with the bang that organisers had hoped for. After people from all over the country spent hours waiting in car queues, the main events of Day One were cancelled due to wet weather.

With most music acts called off, there were just panels, DJs and a few smaller artists going ahead.

Despite coming prepared in gumboots and raincoats, punters standing in line for the buses were nothing short of disappointed to learn the news. However, the lines entertained themselves by singing old hits at the top of their lungs. 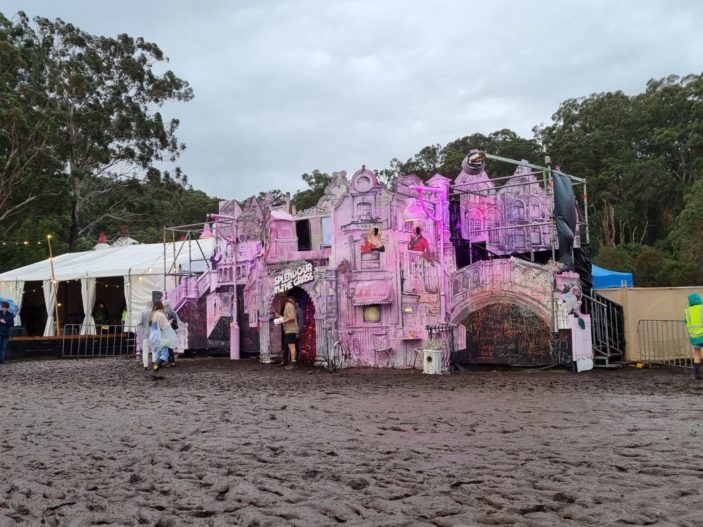 The afternoon hosted a rave with Indigenous performers Larry Gurruwiwi and Malawurr, a panel discussing climate change and a science presentation among other things. The Triffid residency music game show “Not On Your Rider” also took place, with members from Dune Rats, Ruby Fields, Dicko and more.

There was face painting, vintage clothing and jewellery, spiritual healing therapies, temporary tattoos and many food stalls. The Rainbow Bar was the place to be and as the night set in, the firepits became a popular destination. 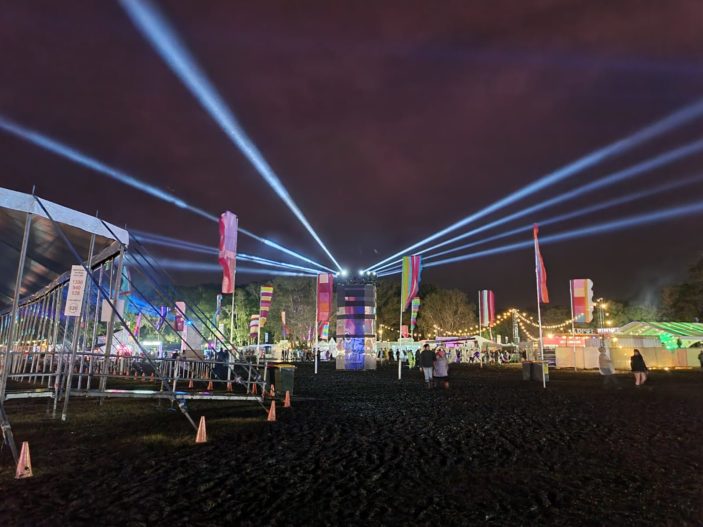 Once late arrivals started filing in, The Dreggs lifted the mood and played to a packed tent. The buses were still doing the rounds well into the night and day one brought the good times all the same. While most of yesterday was spent drinking and trying not to lose a shoe in the mud, there is always today. Here’s hoping things get to move ahead from here as planned. 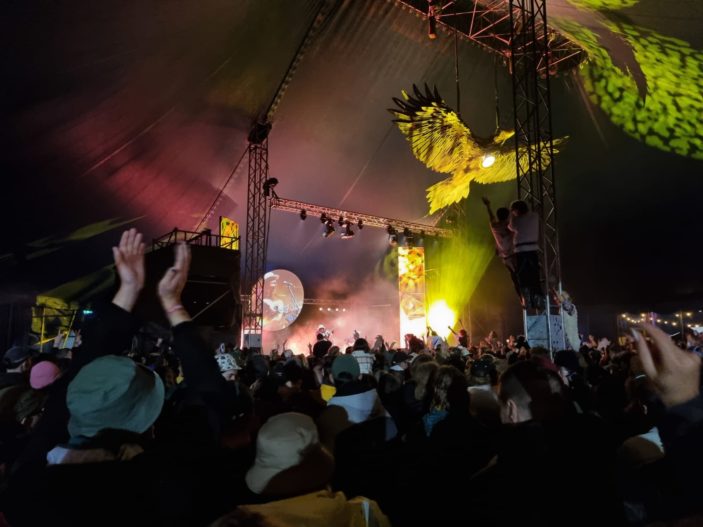 For those who didn’t make it into the festival grounds, there were a number of pop up shows throughout Byron Bay featuring acts who were supposed to play the event – including Sofi Tukker who played the Great Northern, and Wet Leg, who lit up the Brunswick Picture Room for a much more intimate show than the buzz band were expecting!