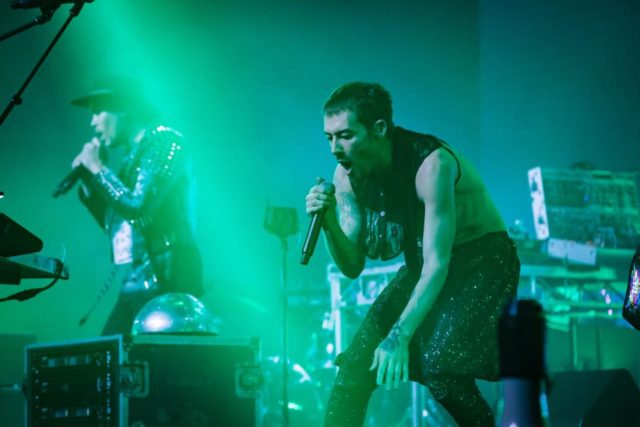 You know a show is going to be that extra bit extra when you walk into the Opera House and there are not just one, but three harps set up on stage. That said, if you expected any project by Daniel Johns and Luke Steele to side towards minimalist you may have recently had a stroke. Playing only their third show as the project and making their Australian debut for Vivid it was impressive how slick Dreams’ live show is.

With Daniel Johns’ recent public appearances being made tabloid fodder was made light of, with sarcastic remarks by Luke Steele throughout the night like, “Daniel Johns is back on the wagon,” or the chorus of flashing camera sounds that the two took to the stage to. The show was a highly professional affair with any on stage dramas being carefully cultivated for the crowd’s amusement.

It has been a long time since both Steele and Johns have really been engaged with playing the guitar, with Johns’ solo album focusing on R&B influenced pop and Empire of The Sun trading in glossy electronics so it was a treat to see both artists walk on stage with their guitars slung over their shoulders. With only the Daft Punk influenced robo-funk “No One Defeats Us” and the glacial 80’s synth of “Silence” released it was exciting to find out what their overall sound would be like. 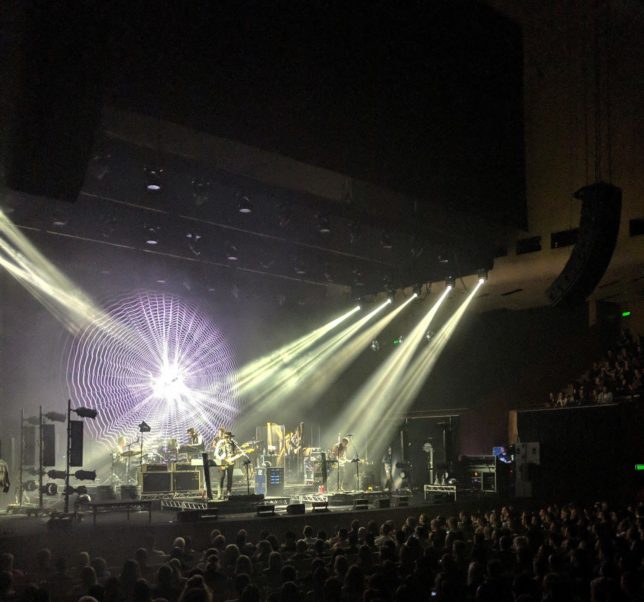 Drawing sonically from late 80’s acts like Depeche Mode and New Order and grafting them with the harshness of industrial acts like Nine Inch Nails to create big room rock tracks with a sharp sonic edge. The whole project music down, felt designed for big festival stages with the elaborate light show and elaborate costumes, to that the stage set up that featured a couple of trash cans spray-painted with their scorpion logo. The music showed off both artists’ well known sonic adventurousness, with a wide assortment of effects pedals applied to their guitars and vocals throughout the set alongside electronic drum pads and samplers used by the other band members on stage.

Johns’ vocals remain wonderfully syrupy as always when not distorted through effects pedals, but it was on the bigger simpler stadium rock-oriented songs that Steele took over the lead vocals that really felt like the hits, he and Johns harmonising effectively. As exciting as the music was throughout the night, the lyrics themselves often felt like a last minute thought, with almost placeholder-like lines. The opening song featured the chorus of, “Can I take you to a movie, it’s going to be amazing,” – not exactly lines that provoke deep thought.

Playing to a tight hour-long set they finished off the set with “No One Defeats Us”, which worked better live than the recorded version, which was greatly boosted by some classic guitar theatrics from Daniel Johns, who pulled out signature tricks of his; aggressively hammering the fretboard with his fist and playing it behind his forehead, serving as timely reminder of what a consummate showman he can be onstage.

Let’s just hope this project lasts longer than his last foray back into music and the rest of the country has a chance to share in the joy of seeing him play again.

The reviewer this event on May 29th.