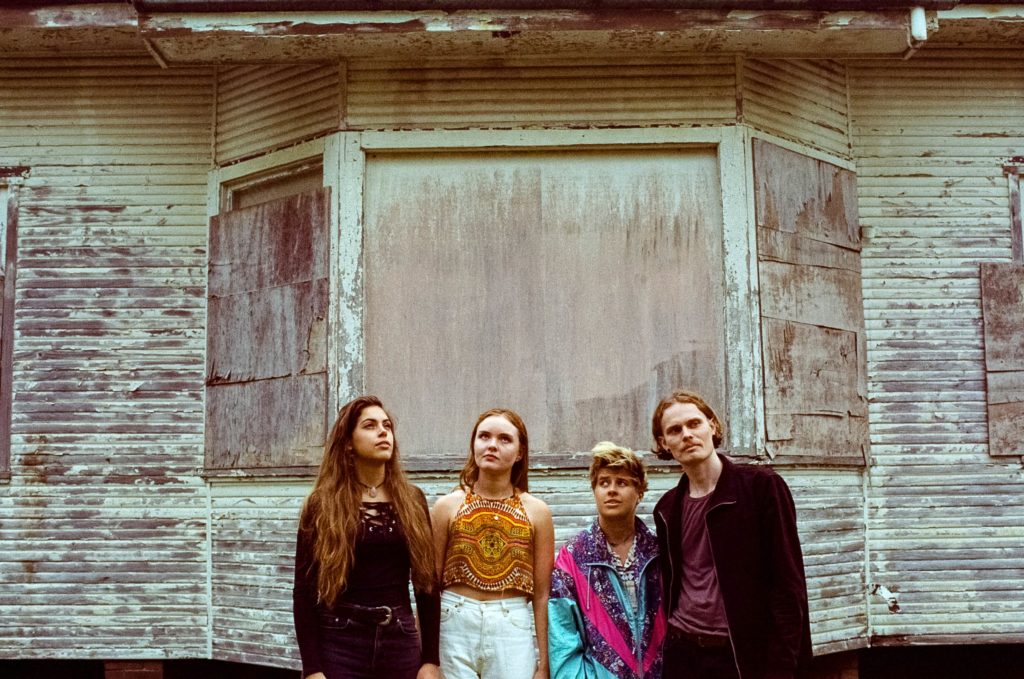 Naked Strangers are less than a year old but after a listen to their first single, “Honey Roast”, they will feel like a familiar favorite. Not because they’re a copy of other bands and sounds, not in the slightest; but because the track is warm, penetrating and richly mature, yet refreshing for such a new band.

Adoration for the likes of The War On Drugs, Neutral Milk Hotel, Grizzly Bear and The Paper Kites brought the band members together in mid-2018 and since then, the band has been playing lounges, balconies and warehouses in Sydney’s Inner West with the likes of Mild West, Colin Jones, Dominic Breen and The Tipsy Scholars.

“Honey Roast” opens with a solo, loaded and mysterious cello note that pulls you into the fervent acoustic guitar of Suami Wekmann-Sanchez before Suami’s glowing vocals float in. “Are we just foolish, young and dumb? Dipped in honey and roasted under the summer sun?”, she sings as the track quiets down before soaring into a blazing finale. At all times the tenderness is bewitching.

“Honey Roast is, ultimately, inspired by heartbreak and trying to navigate that absolute, undoubtable void you crash into when your heart is broken,” guitarist and vocalist Brett Morgan shares. “We wanted to try and celebrate – rather than lament – that void. After a lot of messing around, we found that the only sincere way to sing about this kind of stuff is with bright, shimmering energy,” drummer Mahn Lion continues.

“Honey Roast” is out now on all streaming platforms. The band is playing a single launch party at a secret venue in Sydney on April 13th as well as a show at Brighton Up Bar in July (date TBD). For information on their ‘Honey Roast Single Launch’ you can contact the band through their Facebook and Instagram channels.