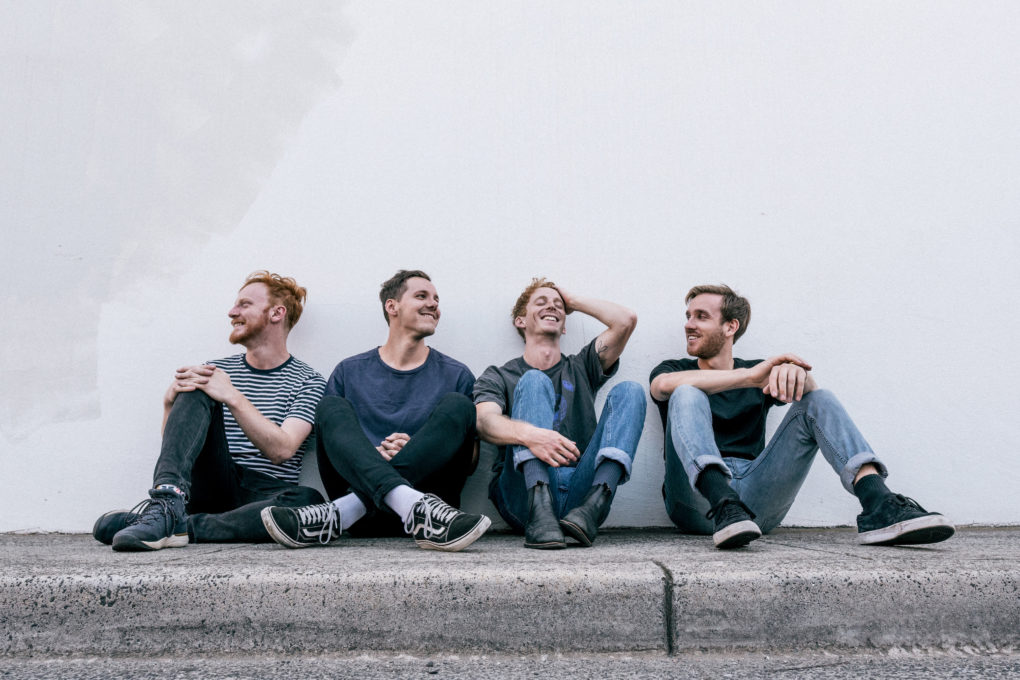 Today’s Track of the Day comes courtesy of Melbourne indie rockers KILNS. The four piece, consisting of Mickey Cooper, James McGuffie, Sam Swain, and Davey Noordhoff, KILNS began life as a backing band for frontman Cooper’s solo project. But the guys quickly realised they’d hit upon something bigger, and so KILNS was born, fuelled, according to the band, by“green smoothies, anxiety and friendship”.

Following on from recent single “Pinky Finger“, latest track “So Close” is another exciting taste of the band’s upcoming extended release, due later this year. Recorded live, without a click track, and mixed by bassist Swain, the song came to lyrical life on a drive from Geelong to Melbourne.

“’So Close’ is about the experience of feeling and being loved by someone when you’re at your lowest,” explains Cooper. “It’s that bewildering feeling of being held when you’re sure you’re too heavy; being understood when you’re sure you’re making no sense; being known when all else is unknown. It was written for a particularly strong woman, and inspired by her capacity to love. In that way, the song is inherently personal and specific, but intended to be a universally relatable ode to the people who love and carry us every day.”

Stay up to date with all things KILNS via their Facebook page!