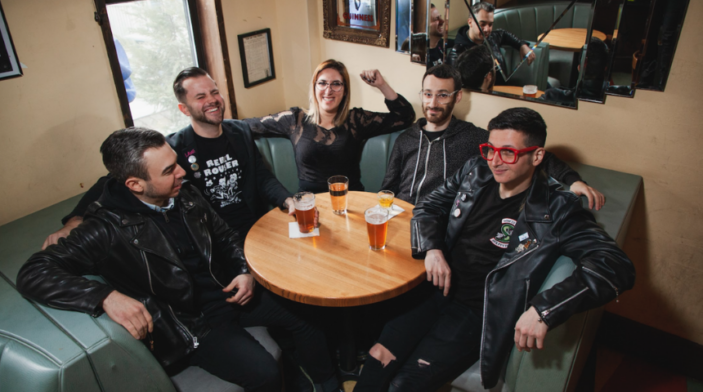 Drawing inspiration from the likes of The Ramones, Blondie, The Ronettes, and Against Me, Answering Machine formed back in 2016. Launched by public school teachers Samantha (vocals) and JD (guitar/vocals), close friends Jackson (guitar), Louis (drums) and Craig (bass) round out the quintet. Since then, they’ve become regulars on the New York scene, winning over fans with their power pop/punk sound.

Of the latest track, JD says:

““Cherry Coke” is a love song about fever dreams, bloody noses, and candy canes. It’s for all the old folks who want to settle down but still have some fun. This one’s inspired by a love of Buddy Holly, 60s pop music, and The Ramones.”

Give it a spin below!

Answering Machine’s Bad Luck will be released through Wiretap Records on April 17th.
For more info on the band, check out their Facebook and Instagram.