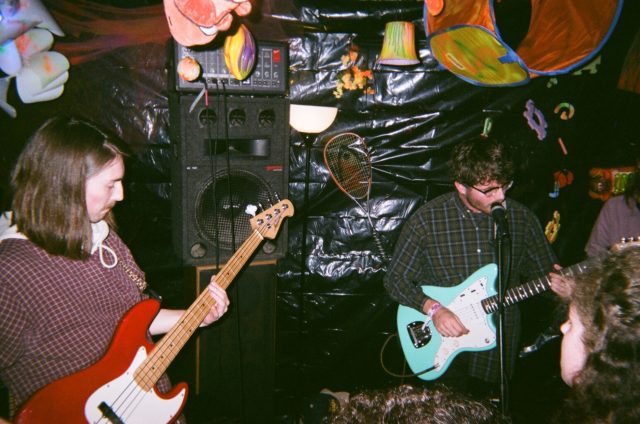 My name is Campbell Burns and I’m based in Newcastle, NSW. I lead Vacations, a music project I started about two years ago. I sent out an application to perform at SXSW towards the end of 2017, about two weeks before the closing date, completely on a whim. About a week later I woke up to an email saying that I had been accepted. I ran out of the house screaming and telling my housemate-at-the-time, Jon.

In the lead up to SXSW it became clear that I was going to be flying over without my band. Money was an issue, VISAs were a hassle, and the timing wasn’t right for everyone. Despite this, I was still adamant to go. Being accepted made me feel like I was running in the Olympics. There was so much excitement and buzz and I didn’t want to let anyone down.

Thanks to the internet, I was able to organise a backing band from Chicago. I followed a solo project called Warik on Soundcloud/Instagram for about a year and we’d exchange ideas and demos back and forth. I explained the situation to him with SXSW and Malik (Warik) was able to round up some friends (Chris/Jack) who were keen to come along.

Flying to the other side of the world by myself, to meet up with some people who I’ve never met, and who we’re going to be my guides and band mates for one of the largest showcases in the world was probably one the most daunting prospects of my life.

The first rehearsal we did in Chicago washed away every single worry I had. I didn’t even send any tabs/videos to help them and yet they could play every single song flawlessly, and each with their own individual flair and technique.

After our brief time in Chicago was over we drove 18 hours straight to Austin, Texas.

We arrived at 2am and slept in a Walmart parking lot*, the next day was SXSW.

*(don’t worry, we had a hotel booked for the week) 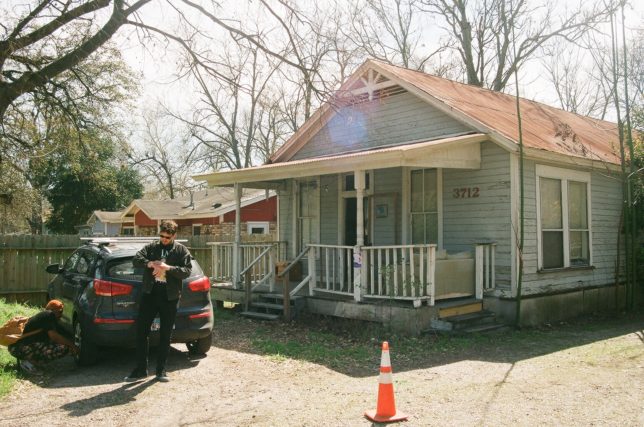 Our first showcase was a house party organised by Melted Magazine, from Washington, D.C. Playing at a low-key DIY space was definitely the best way to ease into SXSW. It gave us a chance to unwind after the long drive. We passed the time mingling with the locals, and getting to know the other bands and artists, while we drank cheap beer and eagerly waited to play our first set. 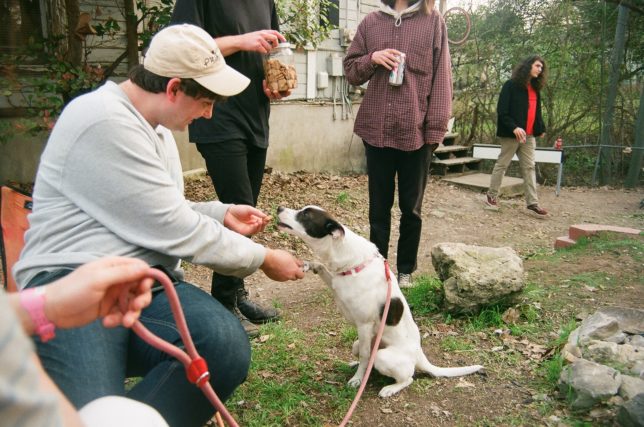 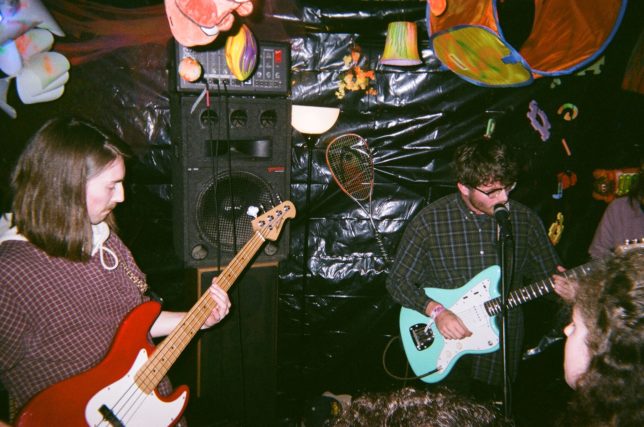 My first set overseas is a moment I’m never going to forget. The room was completely packed out with people dancing, singing along, and taking photos/videos. The atmosphere was incredible and it set the tone for the rest of the week, morale was high. 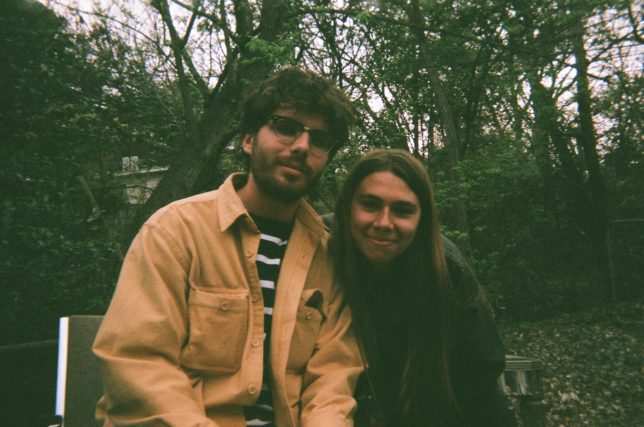 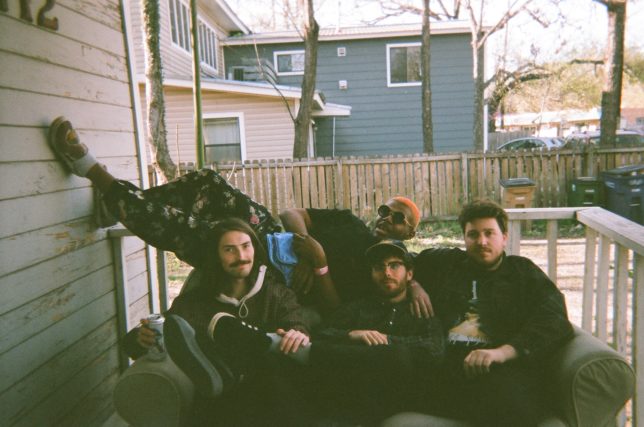 Jack, Malik, myself, and Chris.

We were back-to-back with two showcases, one offical and one unofficial. 720 Club at 10pm and then Hotel Vegas at 1am. We were in good spirits from yesterday and excited to play downtown with the city starting to go into full swing. 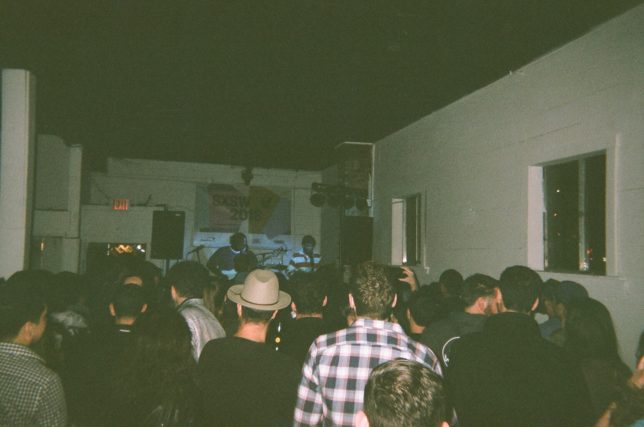 One of my favourite shows. 720 Club reached capacity and just like the house party, the crowd had the same energy and enthusiasm, all singing, all dancing. Shortly after our set, a lot of people came up to me afterwards to talk and it was extremely an reassuring/rewarding feeling. 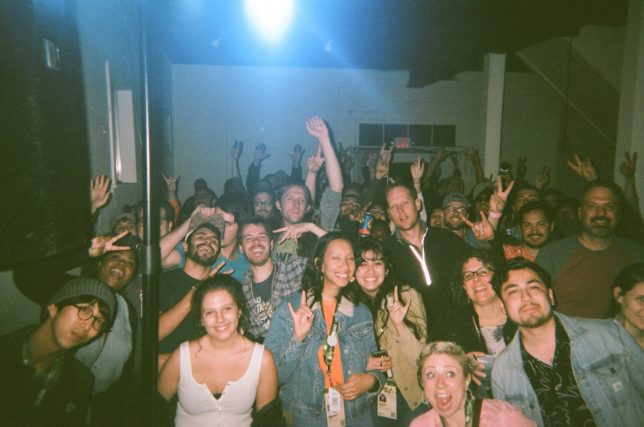 After the first song I was so stoked that I asked everyone to pose for a group photo, I also spelt out my email address to the crowd after seeing a lot of phones and cameras in the air. 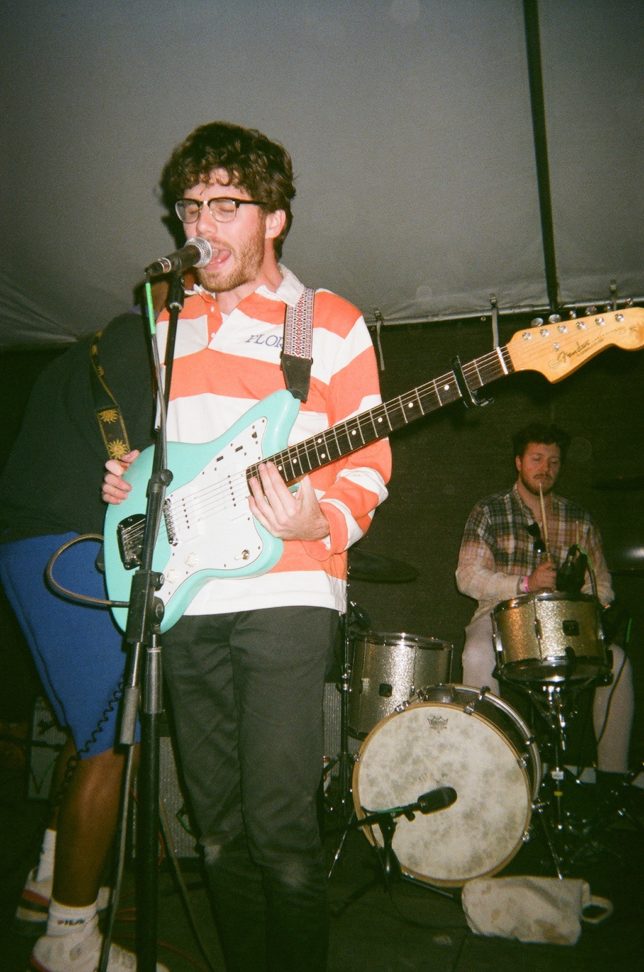 We played to a strong and enthusiastic crowd at Hotel Vegas and we were only getting better as a band. This showcase was fun and bit more relaxed than 720 Club, a nice touch was being outdoors on a big stage. I think we got home around 3am and proceeded to crash and recover 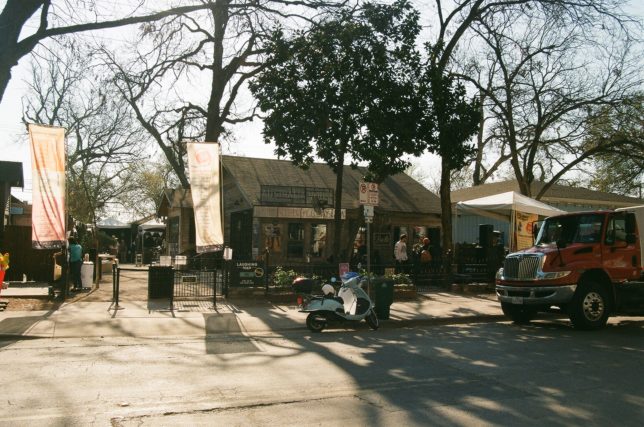 We played Australia House that morning and I was relieved to be greeted with an endless supply of Tim Tams, flat whites, and over-the-top Aussie accents. I was in my element. 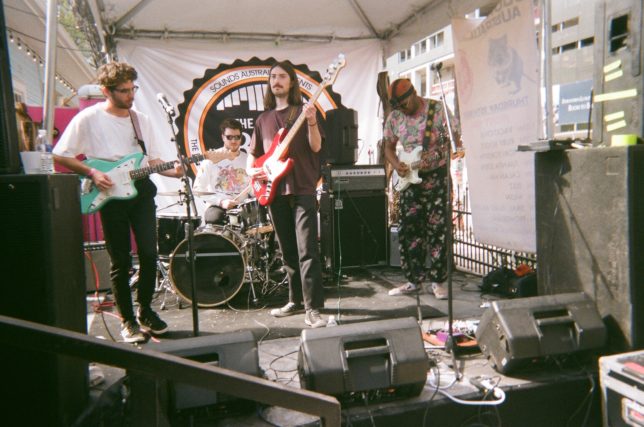 The crowd was small that morning and more industry focused than what we were starting to get used to, it was a nice change of pace being challenged in that way.

Afterwards, we were able to cure our hangovers with a free cocktail and some sangas. We had a lot of time to kill that day so we spent it in downtown to catch up with what was happening around SXSW. 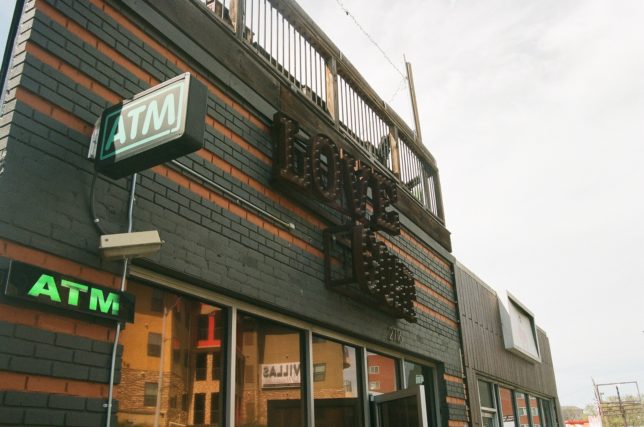 Our final showcase, Love Goat, was another highlight and a great send off. The room was full of people, many of them who came out just to see us. Easily one of the most enthusiastic crowds I’ve ever performed and the first crowd we played to in the US that cheered for an encore.

The realisation that SXSW was over for all of us started to settle in. The gang all got together and spoke about the ups and downs and how we bonded so well in such a short space of time. It was an incredible experience and one I’ll hold close to my heart, I can’t thank my band mates and good friends Malik, Chris, and Jack enough for putting in so much effort and helping SXSW become achievable.

I ended up sleeping for almost the entire 16 hour flight, when I arrived back in Australia at 7:30am I got ready to play a show with FRITZ at Oxford Art Factory at midday, the same day.

I was very tired.

Stay up to date with Vacations, here!