Tour Diary: Bobby Alu on the road with Xavier Rudd in North America as Flow releases 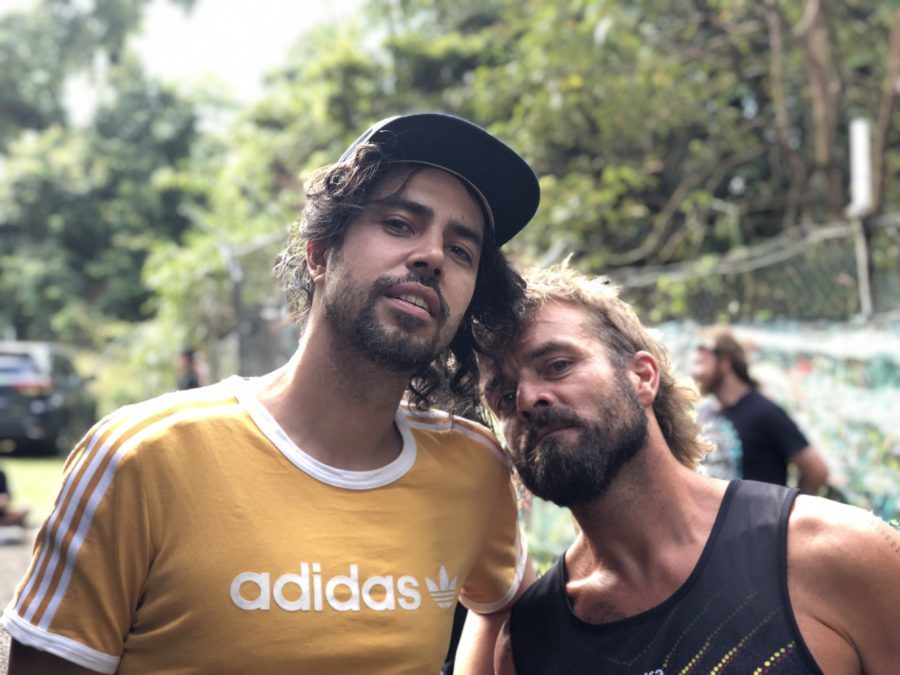 Gold Coast legend Bobby Alu recently returned from a massive 17 date tour of North America, supporting fellow Aussie Xavier Rudd. Taking in dates throughout the USA and Canada, it came just before the release of Alu’s brand new record Flow – and an Australian tour which he kicked off this past weekend. Now back on home soil, Alu has kindly shared with us this tour diary of his adventures, which kicked off in Brisbane at BIGSOUND before jumping on a plane and heading North… 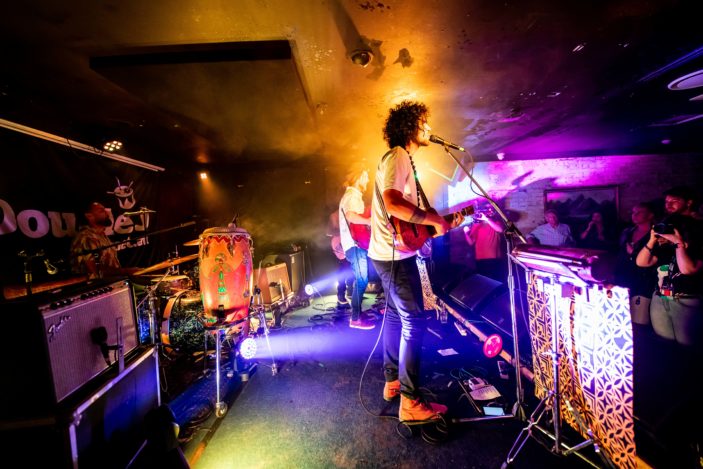 I played a show at BIGSOUND in Brisbane on the Thursday night. Dealing with the after-show adrenaline, a few sneaky tequilas and a final pack and luggage weight check – I shut my eyes at 3.23am. Friday morning I made my 11am Bris-LA flight easy as. Thanks to the dateline, I flew 12 878km but managed to make my show Friday night at the Ogden Theatre in Denver, Colorado. 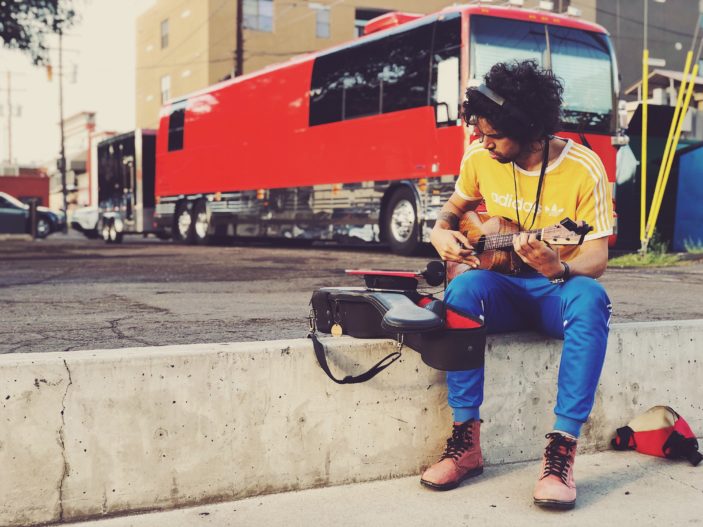 This is me, recording some uke shapes in front of Xavier Rudd’s tour bus that I jumped on. 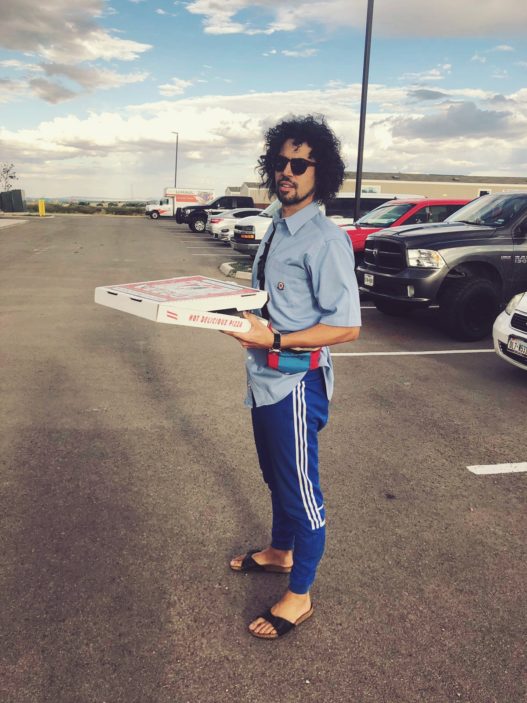 Business up top and pyjamas on the bottom. When the bus stops sometimes you have a short moment to find some food. This is in Texas… I went for pizza. 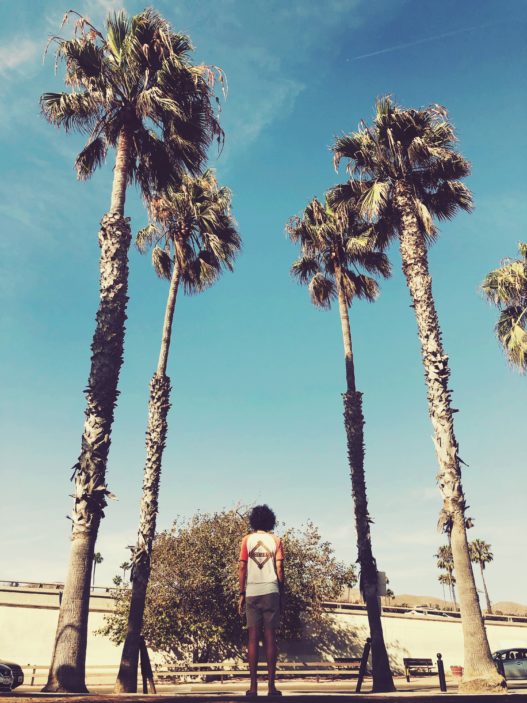 I love a Californian palm. They are different to the ones in North Queensland or Polynesia. A bit like me. Tall and thin with a round top. 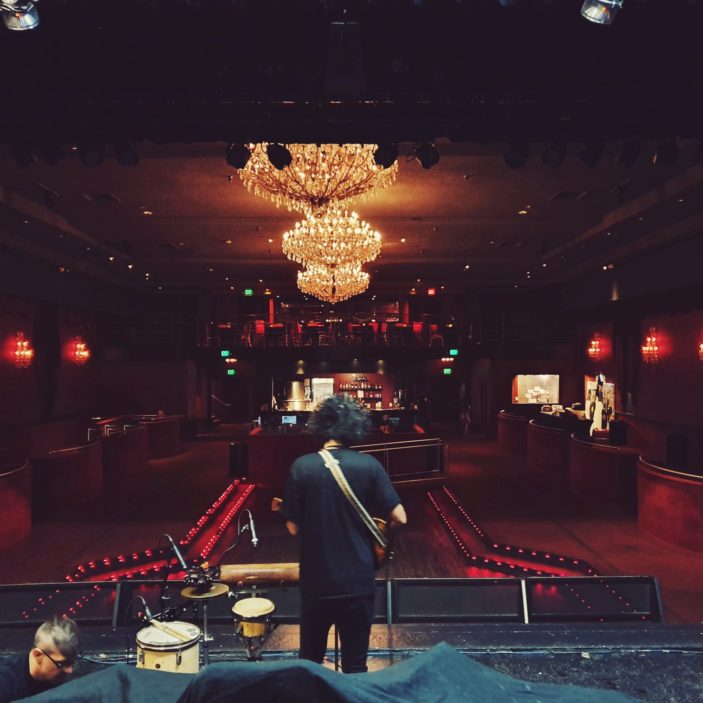 Soundcheck at El Rey Theatre in Los Angeles. It was always a trip playing songs in an empty room then a few hours later playing full of people. The sound changes so much. 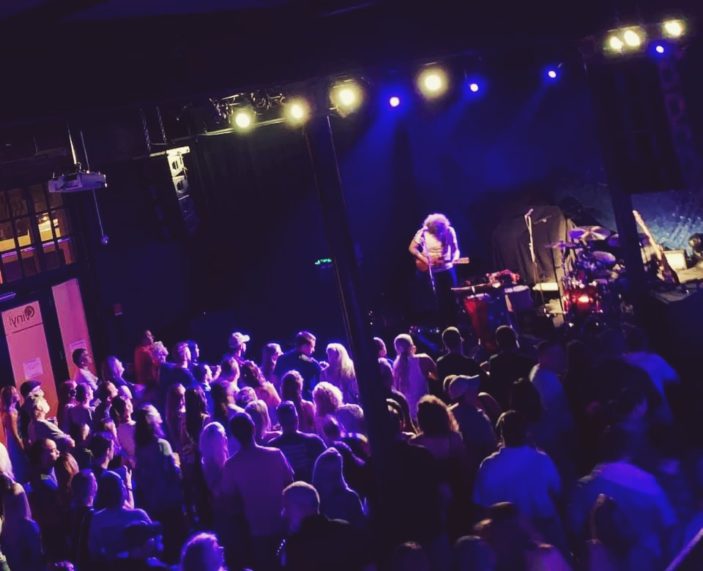 I had a really good time in Florida. It reminds me of the tropics. Salt in the air, a bit of humidity and people here walk a bit slower. This gig was fire, in a town called Pensacola. Of all the shows I sold the most vinyl here. Funnily enough, the venue is called Vinyl Music Hall, go figure. 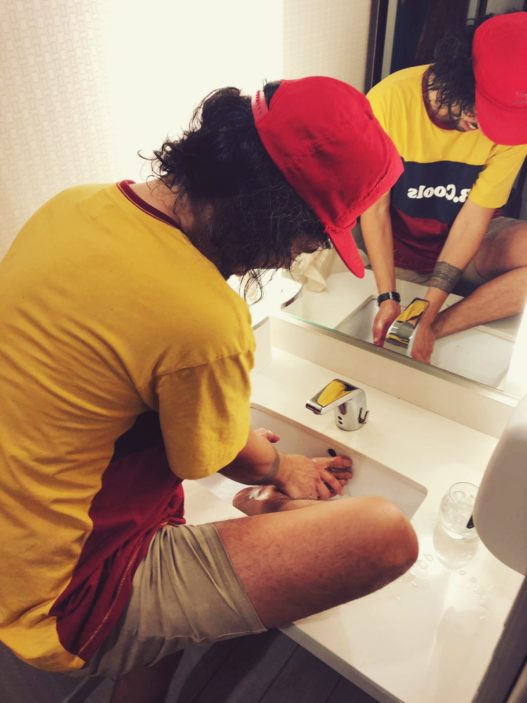 Life on the bus is great, don’t get me wrong. Every day you wake up in a new city, sound check, eat, play the gig, shower then back on the bus and fall asleep while the bus drives through the night…. then repeat. There is the odd time where you might not get a shower… as seen here, for me the next best thing is finding a late night restroom and washing those feet. 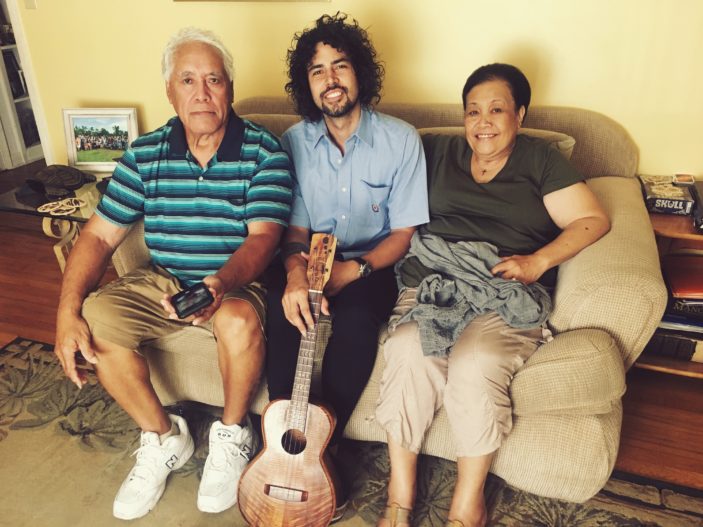 So I got a DM on my Facebook from a woman in North Carolina. She is Samoan (so is my mum). Sometimes I post videos of me and mum singing traditional songs together. It’s how I learned music. Turns out some of the videos went viral in the Samoan community around the world. This lady and her family in a tiny town in North Carolina love the videos and my music. Her dad (in true Samoan uncle style) insists that I join them for a meal… I thought why not! This is me and Paulo after we ate some food and jammed some Samoan songs before they came with me to the show. 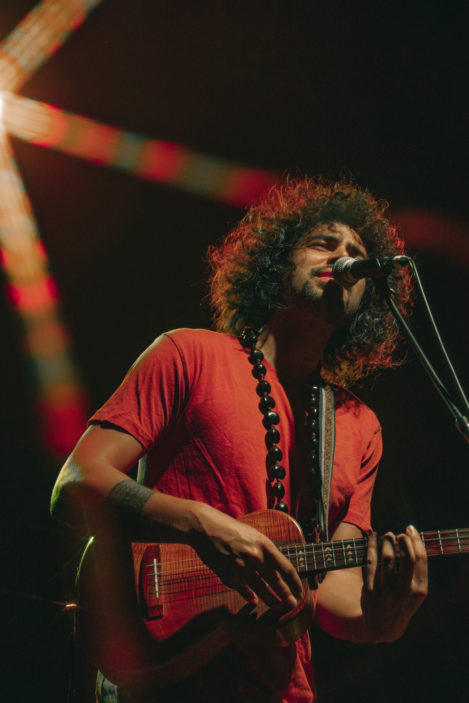 Me trying to be Jimi Hendrix in Boston. 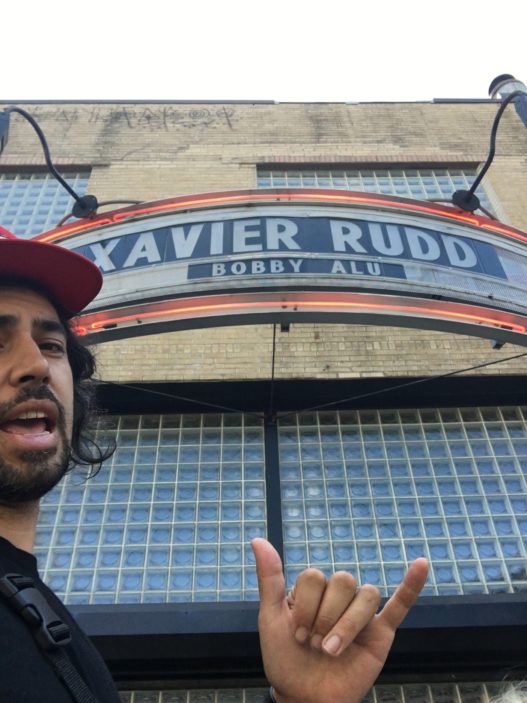 Playing in Brooklyn NY is always a feel good moment. 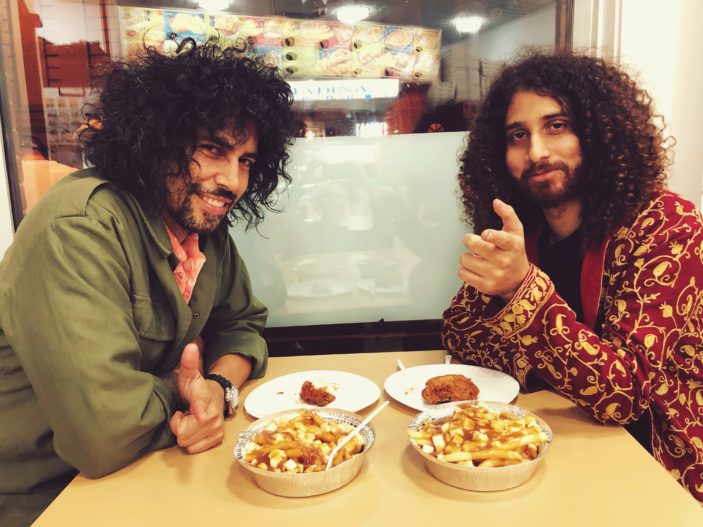 We arrived in the state of Quebec in Canada and poutine was on the agenda. This is my friend Ian. We went to music uni together (Bachelor of Popular Music at Griffith Uni on the Gold Coast). He’s a boss keyboard player and has toured the world with Wolfmother, Ash Grunwald, Matt Corby and now Xavier Rudd. This is the first tour we’ve been able to do together since uni finished ten years ago. There was many a whisky and a laugh this past month. 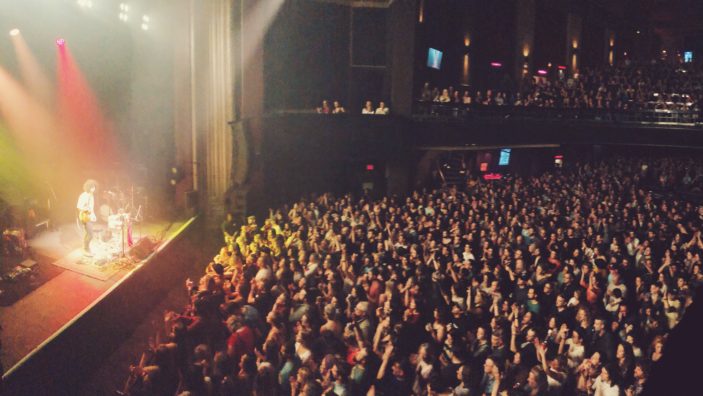 My first ever show in Canada was in Montreal. It was mental. This is me quietly freaking out and also loving life. 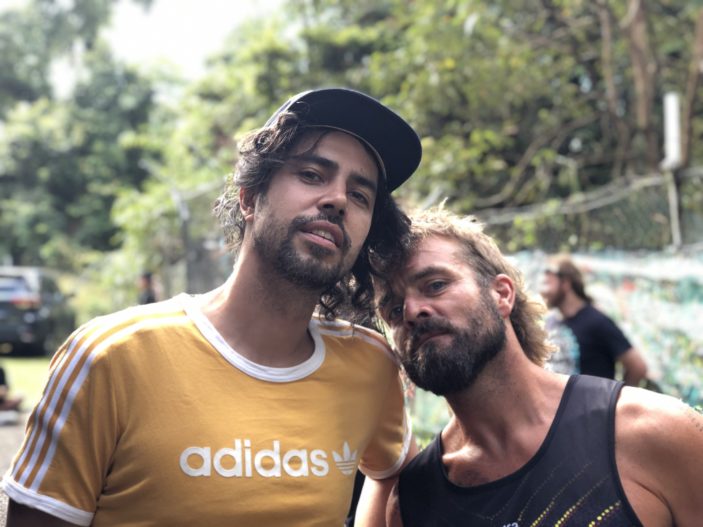 Great to hang with my mate Xavier again for the past month. Thanks for having me mate. Rock on.

Bobby Alu‘s new album Flow is out now. Listen to it below. In support of the record, Alu tours Australia through November, with dates continuing tomorrow in Adelaide, and running through to 23rd November in Townsville. He’s also playing The Roots Music Festival on the Gold Coast on 1st December and One Hot Night on Great Keppel Island on 9th December. Head HERE for more details.