A while back I read about Columbian Chaz Bundick, who plays under the name Toro Y Moi on one of my favourite blogs. On the strength of their recommendation alone I headed off to The Workers Club to catch the man in action on his first Australian tour. Bundick rose from the ashes of the ‘chill wave’ movement of 2009 that put artists such as Neon Indian and Memory Tapes into the global spotlight. Lucky for me, his reputation as an innovative electronic maestro is well deserved.

Support for the evening came from the ever lovely Magic Silver White and sadly I only arrived in time to see the last few songs of their set. They were three quality tunes though. Magic Silver White and their sweeping, melodious sound and three part vocal harmonies take you to nice places live. The band all seemed to be having a blast onstage, with a more relaxed presence than last time I caught them. They received a warm send off from the sold out crowd who were packed into the band room like a big sweaty tin of intoxicated sardines.

Toro Y Moi put on a super fantastic show. Bundick has mad production skills and the multi-faceted layers of his sound were well executed live.

What sets Toro Y Moi apart from their contemporaries is the emphasis they place on mixing their sound and creating a lush sonic wonderland for the listeners to lose themselves in. They are never clichéd and a lot of their songs aren’t easily accessible. There are no pop singles, just a heavenly miasma of texturally rich electronic grooves that entranced the crowd in a mind blowing auditory orgasm.

The music was all encompassing and Bundick and co. enveloped the punters in a massive sea of chilled out, funk inspired electronic ambiance. The band had a fun, friendly presence and seemed to be really enjoying themselves on stage as they danced along to the laid back tunes.

Believe the hype surrounding Toro Y Moi. Their music is fantastic and their live show is highly enjoyable. Be sure to catch them next time they’re in town. 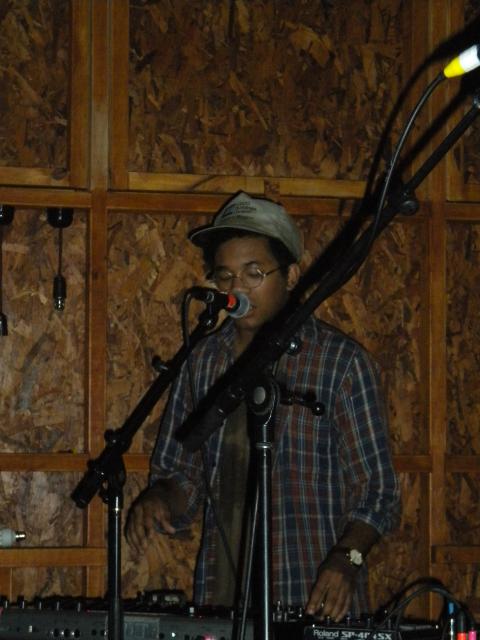