Tony Burke has been the federal member for Watson since 2004. When not serving his constituency, he follows his passion for music. Here he outlines the songs he wishes to see live again, and what ignites his passion for them. We’ve also put together a spotify playlist of these, so do take a listen.

There’s nothing like watching your favourite artists perform live. Every song is slightly different to the recorded version and every performance is different to the previous one. So while the venues have turned their moshpits into table service and the festivals are on hold, here’s what I’m ready for the moment we’re on the other side of distancing. Live music is the opposite of distancing. Here’s the songs I can’t wait to hear again, loud and live.

Gang of Youths “Fear and Trembling” – The Enmore

They’re my favourite band. It’s the first song on Go Farther in Lightness and it hits you. It’s a six-minute rollercoaster of emotion and energy taking you from crisis to hope and to fear and trembling. I’ve only seen them live four times. Not enough. 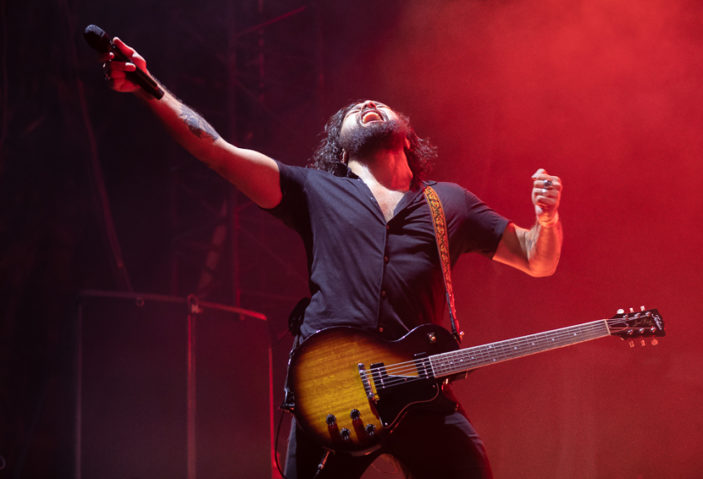 Sometimes you don’t realise how much you enjoy someone’s music until you see them live. I’d always enjoyed “Ivy League” but when I turned up to the smallest of the stages at Laneway a couple of years ago the courtyard was packed for Alex Lahey. As the crowd sang along every word to every song I realised something I hadn’t expected. I knew almost every word to every song too. One singer, one guitar and tunes that stay in your head for ages. 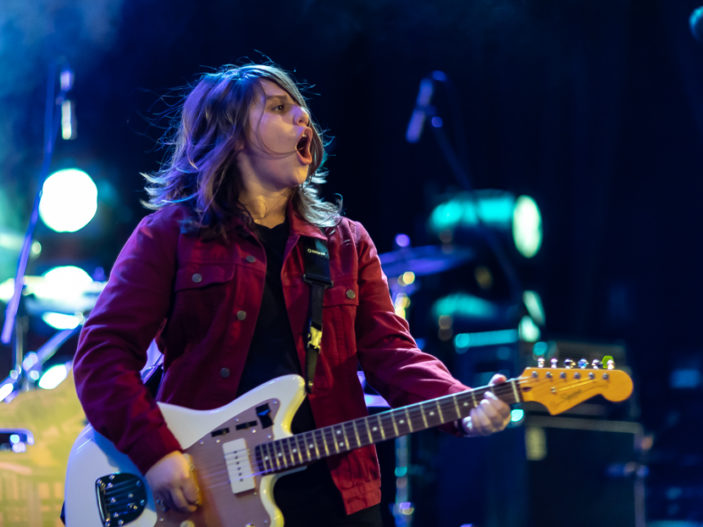 Alex is fast being recognised as one of the best storytellers we have in Australia. It’s no surprise she has the same manager as Paul Kelly. The first time I heard “Already Home” and the line “there’s billionaires for President and parking fines at hospitals” I pulled over to the side of the road so I didn’t miss a word. And the words to “Happy Song” require some focus. They are really, really sad. But that’s what a great storyteller can do. At the Oxford Art Factory the crowd didn’t just sing along. They were divided into sections and all came in at the correct point. Highly organised and fun. And the lyrics are word perfect. 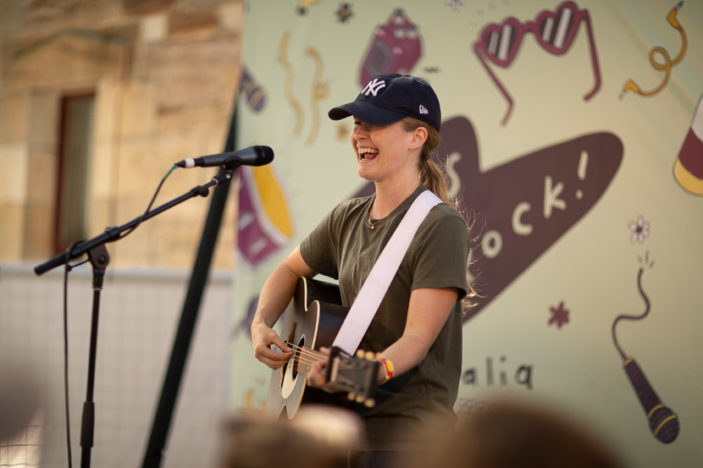 The second album I ever bought was Cold Chisel’s Circus Animals. I was too young to go to the Last Stand concerts but I’d watched the old VHS recording of the concert a million times. Finally I saw them live last summer and they didn’t disappoint. “Letter to Alan” is a tribute to a long time roadie for the band who was killed on the road. When you see the band perform it live you still feel the raw emotion of the loss of a true friend.

The Back in Blak album is so good, it’s easy to forget the fantastic music Thelma Plum had produced before it was released. I sat with my wife Skye on the hill at the back of the Grande stage at the Woodford Folk Festival a few years back and “Dollar” was the track that saw the whole area erupt. Catchy, with lyrics that don’t miss. Here’s an artist who has been calling out hypocrisy and owns the live stage. 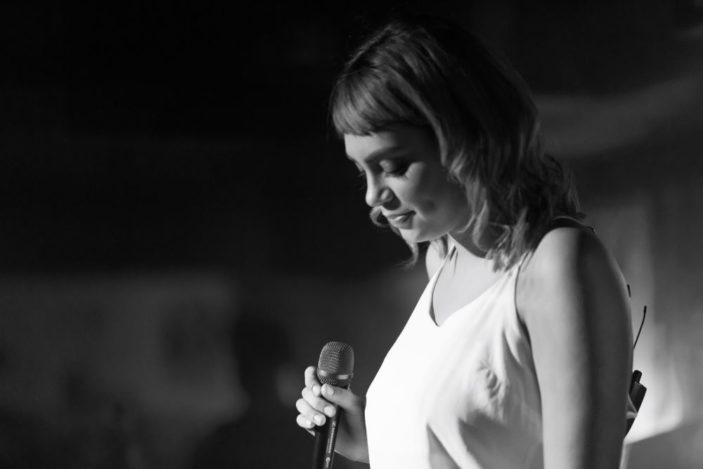 I never understood why this song didn’t get more play at the time. It was always my favourite song on the album Reclaim Australia. The recorded version has Briggs and Trials with Thelma Plum. When I saw it live it was with Caiti Baker. It tells the brutal reality of deaths in custody. It’s chilling to hear the line “I get the feeling that me breathing is a bonus”.

I’m cheating with this one because last week I did see Polish Club live again. It was a socially distanced gig at The Vanguard at Newtown. They’re brilliant. Funny. And born to play live. But being part of a crowd that wants to dance be confined to tables is a learning curve. I really felt for the first session who were treated to a table service meal. This is not dinner party music. I love it.

I loved Tash’s music from the moment I first heard this song on Triple J. What I didn’t realise at the time was that Tash was the entire band. Watching this artist live is riveting. It’s like a magician explaining the secrets. Each riff and rhythm is laid down as the instruments change. Then layer after layer is added. And then, on a stage set up like it’s all being done at home and performing in bare feet to adjust the pedals with precision, music that has taken the world by storm takes over the crowd. 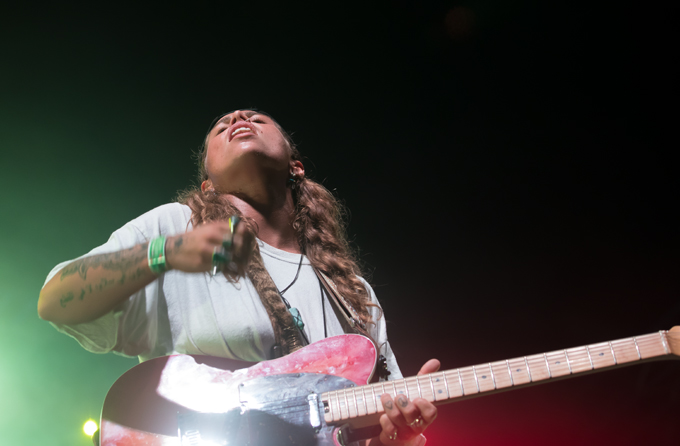 What surprised me at the Domain gig was that even though Peter Garrett and I had become friends during his nine years in Parliament, the moment he returned to the stage I was back to being the obsessed fan, belting out every word to every song, with the occasional fist in the air. 10 to 1 was the first Oils album I bought and the spoken section at the end of “Short Memory” is extraordinary live. I’ve seen the band play many times but this section always changes to remind that even the latest events repeat the injustices of the past. 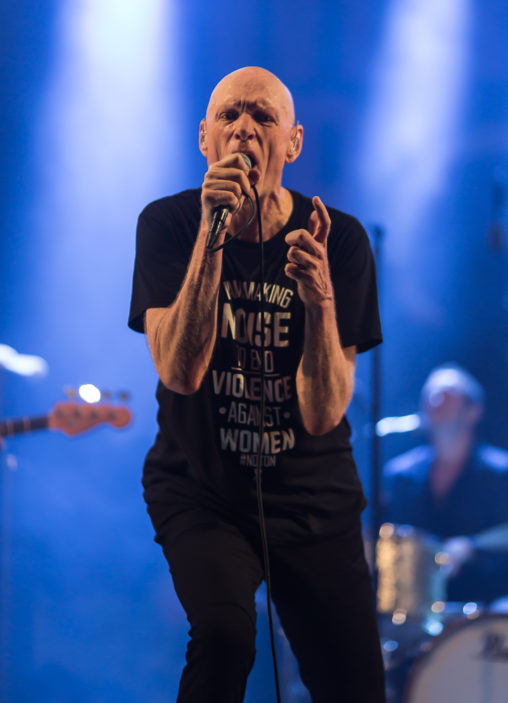 Ok. So this is completely a way of delivering a humblebrag. I’m part of a garage band of Labor MPs and staff that jams in Parliament House when we are down there for sittings. Last year, Mark Callaghan of Ganggajang joined us for the end of year party and one of the tracks we played was his own Sounds of Then. Mark later told me it was like performing to the cast of QandA! It’s an iconic Australian song and I’d love to see it live again, even if I don’t get to be in the band.