Tonight Alive announce an all ages regional tour of NSW 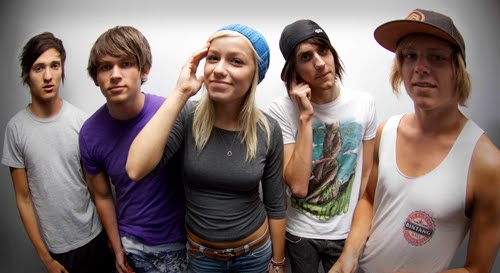 Following on from the 2010 Indent Tour featuring Urthboy, Indent is pleased to announce Australia’s most exciting pop-punk outfit, Tonight Alive as this year’s headline act.

Tonight Alive have been quick to forge a name for themselves as one of the best up and coming bands. In their short time together they have been named ‘next big things’ (SMH), listed as one of the top ten Aussie bands (US rock station KROQ), toured the States and played with A Day to Remember, New Found Glory, Sum41, Simple Plan and Amy Meredith. Having achieved more than most would in as many years, the band is poised to drop debut album “What Are You So Scared Of?” on October 14.

Off the back of their own national album release tour, Tonight Alive will continue their live dates in an exclusive all ages, drug and alcohol free tour that encompasses the South Coast and Central West NSW.

“The last 12 months have been crazy for us in Tonight Alive – we’ve been lucky enough to tour around the world and have played with some of our favourite bands,” said Jenna from Tonight Alive.

“However it’s just as important to us that we play to our regional fans. We’re so excited about getting back to our roots with a run of intimate all-ages shows in front of some of the most loyal kids. A couple of us are from Ulladulla, and are rural minded people, so we are stoked to a part of this.”

Teams of young people, who will gain practical skills in event management and music business from the leading industry professionals, will stage each show on the Indent tour.